DROOG is the LA Based DJ collective of Andrei Osyka, Brett Griffin and Justin Sloe.  The collective made a name for themselves by holding some of the best parties going; being at the cutting edge of dance music and masterminding showcase parties at WMC, DEMF, BPM and Sonar festivals. They held a residency for years at the world famous Avalon Hollywood club. They are also minds behind the Culprit label which has released Matt Tolfrey & Inxec, Lee Foss and Subb-an.

Of late they’ve gained further attention for their productions with knockout releases for Crosstown Rebels and Supernatured and superb remixes for Murmur, My Favorite Robot , Adjunct Audio and Noir Music. It can be very easy to get lost in their soundcloud page, but first, get lost in this exclusive podcast for Data Transmission.   Sum up this podcast in 10 words: Drenched in late summer LA vibe, so fresh and so clean What’s the special ingredient in this mix?  The deep orange glow of the Cali sky at sunset; the mix also has some killer unreleased Culprit jams What’s the best gig you’ve played recently? Just played a wicked Rebel Rave party in New York for the Verboten promoters. Really good!! What have you got coming up? Ours and Inxec’s new EP is out on Supernature, with some on-point remixes by Brett Johnson and Special Case tossed in; Culprit has 5-6 sweet releases in the pipeline, with the “Above the City 2” compilation being a particular highlight And finally, do you have a special message for our readers? Come to Los Angeles to get a little first-hand taste of our home-base and what makes it special. Chances are the weather will be better than yours 😉 Tracklist:1. Night Plane – Angels of Sin  [Culprit] 2. Hugo Barrit – Kontrol  [Vitalik] with M A N I K – Breakfast Club (intro)  [Culprit] 3. Aidan Lavelle – Play It  [Rebellion] 4. Alexkid & Trinity and Beyond – This Dream (YokoO’s remix)   [Mood Music] 5. Elef  –  Black Hole  [Carry On] 6. Niko Schwind & Channel X – Elysium  [Stil Vor Talent] 7. Edu Imbernon & Los Suruba  – Fayer  [Culprit] 8. Maxxi Soundsystem featuring Name One – Regrets We Have No Use For  [Hypercolour] 9. Dirty Channels – On the Way featuring Rosina  [Culprit] 10. Adriatique  –  Blackbox  [Culprit] 11. Dexter Kane – The Craft  [Shadow Sanctuary] 12. Cozzy D – Stalker  [Lower East] 13. Coat of Arms  – Don’t Be Down  [Culprit] 14. Jack Dixon  –  E   [Hotflush] 15. Shall Ocin  – My Little World  [Culprit 16. Lula Circus –  Loverboy  (Alternative Vocal version)  [Catwash]

Uner gives us ‘From The Other Side’
Grahame Farmer September 5, 2016

UNER – In a Different Plane

Uner gives us ‘From The Other Side’ 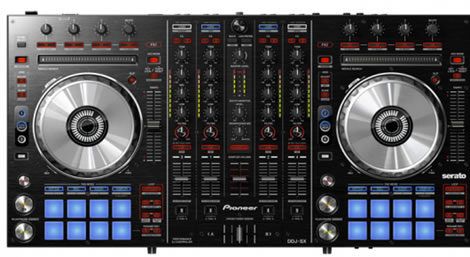