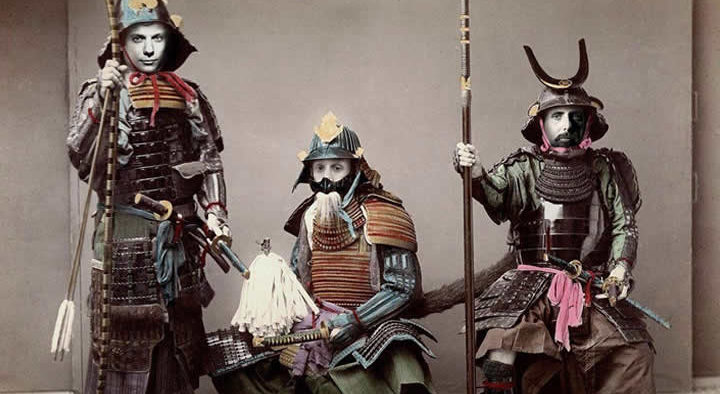 Over the course of 10 eventful years since their genesis as Droog, the Los Angeles-based trio – Andrei, Brett & Justin – have become true Renaissance men of underground dance music.
Sprung from their DJ roots in late 90s/early ‘00s, Droog have taken on (nearly) all of the essential mantles.  Record label bosses – since 2009 their Culprit imprint has become a real force in the new “Deep” dance music movement; Promoters of considerable experience and renown – their party series long a hometown institution, took on a global reach with events spanning Europe and the Americas; and Producers – solo or with steady collaborator Inxec, they have infiltrated some of the top dance music labels like Crosstown Rebels, Get Physical, Last Night on Earth, Supernature, Noir and Akbal.
Droog has since emerged as a touring DJ unit with a suitcase-full of highlights, from 6 appearances at the beloved Fabric in London, the twin Berlin clubbing institutions – Watergate and Renate, and Paris’ legendary Rex to memorable shows in Peru, Australia, Russia, Portugal, Ecuador, Egypt, South Africa, Argentina, Colombia, Iceland and beyond.

April marks the return to their own label after a break, collaborating with Inxec on the ‘Din’ EP (check it out above) and to celebrate this we ask them to take a look back at some of the bangers that have come out of the Culprit camp over the years.

They said “All of the Culprit releases are our favorites – that’s the only right answer – but if we must pick a handful, here are some that come to mind”

Hot Natured – h.e.a.d.s. & Equilibrium
The label had a really cool organic start with these two releases. Lee Foss was a big part of our early Culprit crew, having moved from Chicago to LA in late 2007 to join forces with us. He spent 2008 learning how to make music, day and night, honing the craft in our Hollywood Hills improvised studio. When Lee was ready, he invited his old friend and someone who was already a big part of our plans, Jamie Jones, to join him in our studio. Together, over two epic sessions, they churned out a pair of releases that set the tone for Culprit going forward.

M A N I K – McLovin You
In early 2010 we were playing MANIK’s first release for Ovum, “Park to the Slope” in every set. We didn’t know anything about him and before we could reach out he beat us to it, sending a whole bunch of wicked demos, one of which was “McLovin You.” Since then, Chris “MANIK” has become a friend and an artist with the most number of releases for Culprit – with another one on the way this summer!

Lee Curtis – Candy
The Visionquest boys were already good friends of ours, when in May of 2010, at their now-legendary “Need I Say More” Movement Festival party, Matt Tolfrey dropped this big bomb of a record. Lee made the tune with Matt’s vocals just a day earlier! We knew we had to have it and doggedly pursued it the way we never have any other track before or since. Lee trusted us with one of his best tracks, which is saying something. It’s still a highlight in our catalogue.

Inxec & Leks – How Can I Feel
Chris (Inxec) was already a close friend and a studio partner – we just had our first EP together signed to Crosstown Rebels – when we brought him to LA to play one of Standard rooftop parties, back in May of 2011. He was DJing before Benoit & Sergio’s Live set and as his last tune he played this beauty, which he just made with his New York mate Leks Vargas. “How Can I Feel?” was such a perfect track for that moment, that peak daytime vibe, it really had everyone going off. We signed it right there, on the spot, obviously.

Benoit & Sergio – The Way You Get
Speaking of – Benoit & Sergio. These fellas have a special place on our artist roster. There is a unique quality to their music, it reminds us of that pure feeling of joy we used to get at parties, hearing old school jams. The boys take that old school feel and update it very cleverly, creating something genuinely unique in the process. We love everything they’ve done for us, but since we have to pick one, it’s the most recent EP. The kind of stuff that will stand the test of time and has made having a record label all the more worthwhile

Edu Imbernon & Los Suruba – Fayer
Edu was introduced to us by one of Culprit’s main artists, jozif. He sent us this one song he did with his Los Suruba mates and we were instantly blown away. The tune went right into DJ rotation and when it smashed the Standard rooftop for Droog, we knew it was a special one. The music video we made for this tune is still the most watched one we’ve ever released.

Jozif – Standard Rising
Another big Standard rooftop moment for us was when jozif played this tune for the first time. It was one of the busiest parties we’ve ever had there – Art Department were playing as well – and the first hands-in-the air moment of the day was when this was dropped. What made it really special was that jozif actually wrote the song specifically for that party – good lad! This was his second time playing the rooftop for us and he was inspired to do this jam, which became the rooftop’s unofficial anthem, of sorts. Yet again – we signed it on the spot! How could we not?

Clarian – Derail The Reptile Revolution EP
Clarian is a singular talent in our scene right now. There are few like him. We’ve known each other for a few years, through many mutual friends, and late night hanging out sessions around the world. It took us years to get the courage to ask for some music for us – that’s how much we respected the guy. One day there was an email in Andrei’s inbox with a link to five amazing tunes, unlike any other ever submitted to Culprit. We couldn’t believe our luck. This is another that we are extra proud of, because it goes beyond a regular dancefloor EP. This has vision and will last. Much more to come from Clarian on Culprit, hopefully ☺

Lorenzo Dada – Second Life album
All labels worth their salt would like to be able to develop a great young talent from the beginning to launch. Lorenzo is that artist for us. A super talented musician, based in Rome but in deep love with our hometown of Los Angeles, he came to us early on his path. We’ve built him up from one track on a compilation to an EP, then another one, and now a full length-album this year. It’s been amazing to watch – and hear – him grow and develop. And he’s only just begun, so much more to come. There is real pride and pleasure in that.

Uner gives us ‘From The Other Side’
Grahame Farmer September 5, 2016

UNER – In a Different Plane

Uner gives us ‘From The Other Side’