Hannes Bieger is one of those artists that, once you’ve tuned into them you can’t stop hearing them. His recent release on Poker Flat ‘Tephra’ was a biggie with the standout ‘Didyme’ being played by Sasha at his landmark Fabric gig, the inclusion of ‘Mauna Loa’ on Bedrock XX and now a standalone release on Bedrock with three new tracks making up the Stars EP.

It seems that Hannes came from nowhere with a spate of fairly high profile releases, but he is a much in-demand mixing engineer with a stellar reputation who decided to turn his hand to the production of his own tracks. Little wonder his career looks like an overnight success but comes with the experience and seasoned ear of an established musician. 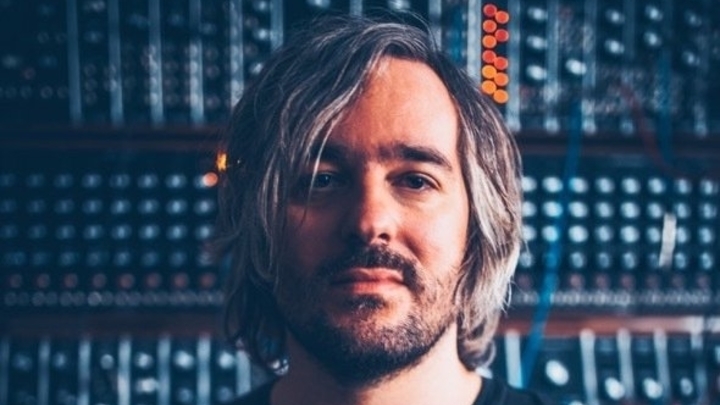 Most likely you’ll know what to expect, especially considering the super reliable Bedrock is involved. It’s progressive house, but if you listen to Hannes‘ back catalogue you hear a tendency to move between progressive and techno but also to keep it deep, soulful and utilise some really interesting & individual elements.

‘Stars’ is definitely one of those tracks. There is such a lovely set of simple but effective melodies, bassline and analogue style counter, big bold synth noise and ear-wormy pad. The combination of Juan Hansen’s vocal beautifully layered with the other elements makes this a really special track. The big synth melody in the breakdown is emotional and bold and really makes a stand-out moment. The whole track is stand-out and really deserves to be a big record, perhaps a crossover record in its genre. There is groove, there is soul but it’s not really about that, it’s the feeling. ‘Stars’ has it in spades.

‘Scoria’ is darker, and deeper. It retains some of the elements of ‘Stars’, driving bassline and some big synth action but it’s not necessarily a peak-time moment, more of a head down groover, strobe flashing, smoke filled moment. ‘Scoria’ is a great name representing the dark, volcanic nature of the track, actually quite a timeless progressive sound.

‘Titan’ is big out the traps, with a back-bone melody keeping things spinning along, bubbling bass, spiraling delays and more of those cool, underground sounding synths. It’s another driving, head-down track, perhaps a post-peak moment when it’s time to get down to the no-nonsense business.

There is a dub of ‘Stars’ too, but it’s the original with the vocal that’s the stand out track here. Quality release from Bedrock and the hugely up-and-coming Hannes Bieger.