Electric Deluxe has always been a label that has valued its morals, with serious fastidious output over subsequent years. So its no wonder that AnD’s inaugural album had the honour of being showcased on the label’s roster. Following the success of ‘Cosmic Microwave Background’ the only rational thing to do next was to get some serious firepower lined up for remix duties… and that’s exactly what’s happened with Sleeparchive, Zeitgeber (Lucy & Speedy J), O/H, Black Rain and JK Flesh being drafted in to deliver reworks across two EPs.

Label head Speedy J gets stuck in for the opening track with Zeitgeber partner Lucy for their reshape of ‘The Surface Of Last Scattering’; using their signature psychoactive sounds to pave the way until elements of AnD’s soul emerge. Distortion radiates from each bar of the track, in what is undoubtedly one of my favourite ever remixes.  A amalgamation of two iconic sounds make this the most stylish of remixes.

Known for his stellar remix work previously, one can be comfortable in the lead up to listening to see what Sleeparchive has to show with his ‘Power Spectrum’ remix. The original is  arguably AnD’s most powerful work, but it seems that pressure is not a word in Sleeparchive’s dictionary. Armed with some austere amps and plenty of distortion, listeners are plunged head first into the darkest corners of his vision, with no consideration for those with a pacemaker. The erratic stop-start pace keeps us on our toes, while the harsh percussion makes sure we can’t feel our toes. A noise polluted piece that really does retains the spirit of the original whilst offering something new, one can only imagine that how delighted – and possibly jealous – AnD might be upon listening to his take on their track.

O/H (David Foster and Teste) maintain the driving force exhibited by the former remixes. The great stand out factor of AnD is always the brutal percussion which they’ve developed through various gadgets to blur the lines between drums sounds and faux human voices, and this is something O/H preserve very elegantly. Claps and screams blend seamlessly into one another while piercing high end synths forge sweet interludes between the madness. However, it’s the closing segment when the track really comes into its own with some industrial, punk-like screaming taking the cut across the finish line.

The second EP then slows the tempo down to a trudge, with JK Flesh standing back a bit and adding tonal elements to get the piece to sit somewhere between noise and rhythm. The clever riding theme through the EP is the levels of the various aspects of the songs being intentionally over-driven to create an odd compressed effect. The careful ‘sloppiness’ gives it a distinctly inimitable character complete with an industrial edge.

Black Rain then rounds out the release by reworking both ‘The Surface of Last Scattering’ and ‘Galactic Motion’,  the reimagination of the former giving us a glimpse into his arsenal of machines.  Down tempo in nature, the remix challenges what we can expect from contemporary drum patterns and sound design while the second remix almost feels like a score for a gritty gangster film.

Set to be released June 15th 29th respectively, these EPs are an absolute must have for fans of gritty new age techno, with a great deal of ground covered for experimental noise lovers. 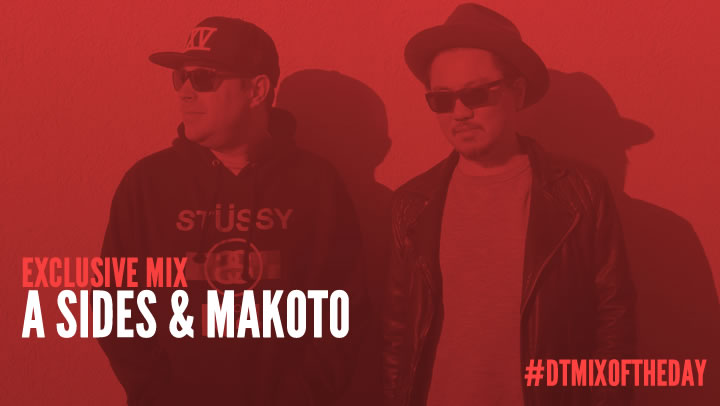