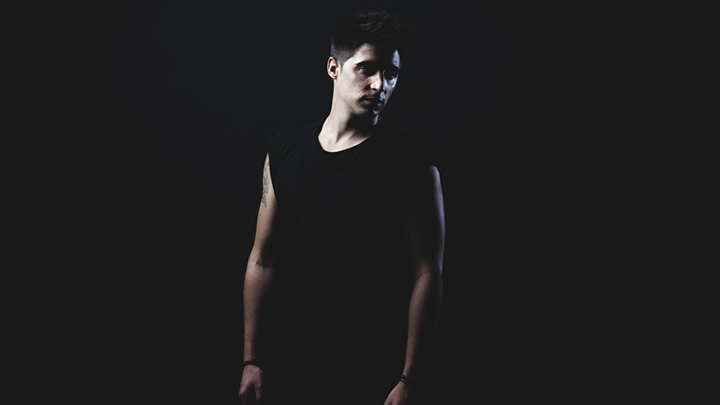 Miguel Bastida’s (1984, Granada, Spain) career has been steadily going up since he started DJing with only 14 years old, in the local radio station of his hometown, Alhama de Granada.

Nowadays living in Barcelona, Miguel has become one of the most in-demand Spanish artists worldwide, due to his versatility, great musical selection and charisma dominating the dancefloor.

With his family support as mainstay, helping at the family’s business in the morning and focusing on the studio sessions during the afternoon, Miguel was able to dedicate himself to his great passion: the creation of tunes. Music production has been, without a question, what has taken Miguel Bastida where he is today. After years and years of being locked up in the studio, he managed to create his own, exclusive and uncompromised sound, whose turning point came in 2015, with the release of ‘Moudness’, a track that managed to stay up in the Top charts of platforms such as Beatport. Before that, he already managed to knock on the doors of heavyweights as Umek and his 1605 platform. Then Sébastien Leger’s Mistakes Music came, followed by Mark Knight’s Toolroom; Deeperfect; Trapez, elrow Music; Marc Marzenit’s Paradigma Music; Dubfire’s Sci-Tec; and most recently, Suara, demonstrating all the styles he dominates. Today his productions can be found in the selections of artists such as Richie Hawtin, Paco Osuna, Luciano, John Acquaviva or Leger, Dubfire or Umek themselves.

As DJ, Miguel Bastida belongs to the exclusive group of Spanish DJs that has had the chance of touring around the world, presenting his repertoire in almost every country in the planet, from Australia and New Zealand to electronic music strongholds as New York and Chicago. His name can also be found on the line-ups of the world’s best clubs and festivals, managing to convince even the most demanding dancefloors of the scene.

What’s your personal favourite track on it?
My last track for Elrow Music, a remix for the great track of Ki Keighton & Makalan –

What’s the special ingredient in this mix?
Fresh groove with some nice underground elements

What have you got coming up?
A lot of gigs around europe in the next months, places to play like Elrow Barcelona, Eden Ibiza, London, Fabric Madrid, Berlin, Birmingham, Granada and many more. About music, i have recently released on Sonny Fodera´s label SOLOTOKO my last EP Dona, which keep rocking in the top after 3 weeks released, also in the next i have some remixes to out and one Ep on my own label Be One Records for the summer time

And finally, do you have a special message for our readers?
Stay tuned for the next tracks they will rock the dance floors, and for sure, thanks for read and listening, best.