You can look to London stalwarts Andy Cato and Tom Findlay AKA Groove Armada for an effective illustration of how mainstage dance music has transformed the past few years. For over a decade, Groove Armada were one of dance music’s marquee live acts alongside Faithless, Chemical Brothers and Underworld. Their string for the masterful, with their hugely diverse swathe of albums like Vertigo, Goodbye Country, Hello Nightclub and Love Box matched only by the formidable live musicianship that was shown by their touring band.

In the current climate of EDM though, it’s as if Groove Armada have effectively been transformed into an underground act again. It’s hard to imagine music as thoughtful as theirs played alongside the cheap thrills dominating the dance festival main stages now. Tom Findlay revealed to Data Transmission back in 2013 that they could see the change coming in the summer of 2011. “The tours had been very good,” he said, “but there had been a few festivals towards the end where the inevitable rise of EDM meant that the nature of main stage dance music was changing. The kids weren’t really that fussed whether or not you had live instruments, it wasn’t really about that. It was about CO2 cannons and laser shows and all that kind of stuff.”

Groove Armada’s clever response was to go back to their DJ roots and to say it was a tactic that has paid dividends would be a massive understatement as a series of high profile DJing gigs brought them back to the forefront of the ‘underground’ scene. Having reclaimed their place in the upper echelon of the DJing world  in 2014, we’re now pleased to report that they’ve ramping up their production game for the coming year with the release of a new album titled ‘Little Black Book’ for Jaymo and Andy George’s Moda Black imprint this summer. Whetting our appetite with the unveiling of LP cut ‘Alright’ below we can’t wait to check out the album in its entirety soon.

Go to bit.ly/GALittleBlackBook to download a new Groove Armada track ‘Get On The Floor (Fabric Edit)’ instantly and to get exclusive access to the notebook version of the album 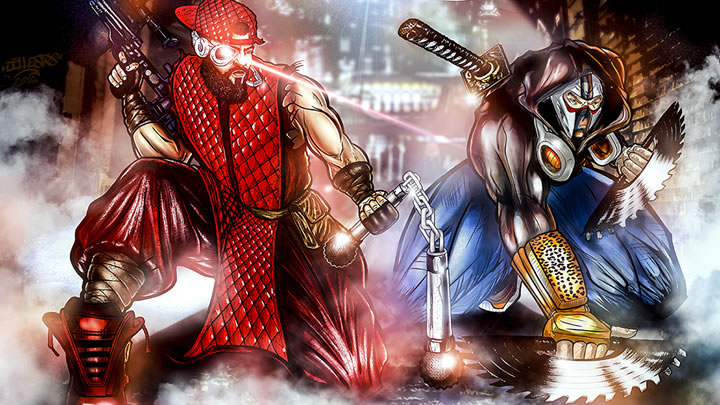