The announcement earlier last year that Solomun would be manning his own residency at Pacha Ibiza that season was arguably one of the year’s most defining dance music developments. He’d certainly made waves in 2012; his Diynamic Music record label had celebrated its fifth anniversary, and Solomun was also the surprise smash of the Ibiza season. The success of the Diynamic Neon Nights residency helped put Sankeys back in the spotlight and had shot Solomun himself towards the heights of Ibiza super-stardom enjoyed by the likes of Luciano. Now in 2014 we think it’s fair to say that his Hamburg based imprint has followed its illustrious boss to the big leagues.

Following an incredible summer that saw the Diynamic label release cuts from several its established big hitters in addition to emerging talents Adriatique, the house outlet has now announced that it’ll be inaugurating a new series of four Various Artists EPs. Entitled “Four To The Floor” (Geddit?) the Four EPs will each feature four tracks with a strict focus on the dancefloor. Part one arrived this week and showcases the works of rising Swiss stars Night Talk and Dutch pairing Roberto Calzetta & Twin Soul which will be swiftly followed by efforts from Denite & The Liquid Mirror, Hobo and Malandra Jr. Check out a mini-mix of all 16 cuts in the series below. 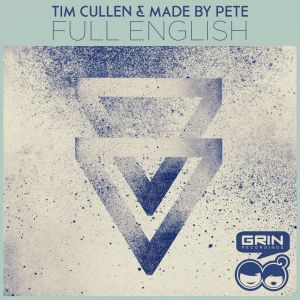