We’re now at the halfway stage of our adventure across Croatia. So far, we’ve learned that if Ibiza is the world’s clubbing Mecca, Croatia is its Wild West. Maybe it’s a Brit-led culture of drinking from midday in 100-degree heat, or a general philosophy of “Budgeted for Ibiza. Beers here £1.50. Still gonna spend £800”, but we’ve been here seven weeks, and so far we’ve seen DJs being face-painted mid set, boats getting lost, boat parties in the pitch dark, DJs in forests, people fist-fighting over glitter, people rubbing cake into their hair, bros wearing thongs, girls attempting to twerk to techno, we’ve had Slovenian bodybuilders talk to us about ex-girlfriends, we’ve had Brit bodybuilders talk to us about Slovenians, we’ve had club owners throwing tantrums, DJs throwing tantrums, dancers throwing tantrums, landlords throwing tantrums, Afrojack acting sociopathic, Taxi drivers acting sober and 02 phone bills that have a section simply titled “LOL Roaming….”.Following our fist-pumping at Hideout, our hippy-hangout at Garden and our Roid-Rage Pool Party at Ultra, we decided it was time for a change.Soundwave Festival is sort of the Room Two of Croatian festivals. Situated bang in the middle of the Croatian festival season and based out of The Garden site down at Tisno, Soundwave is actually run by the same outfit behind the fortress-storming Outlook and Dimensions festivals. Not that, being there, you’d know that, as this is an entirely different beast. The line-up is probably the most leftfield we’ve seen for an electronic music festival in Croatia – if not Europe. Jonny Dub, Chunky, of Hoya-Hoya Manchester renown, Mr Thing, Riot Jazz, Eliphino and Mouse Outfit are all part of a wider line-up whose uniting theme seems to be “Good house party vibes.” That made sense in the beginning, when the festival was student heavy, but since 2010 Soundwave seems to have fallen under Tisno’s weird counter-culture spell, with a crowd still on the youngish side of their twenties, but now a mix of students, lost grads, travellers, the usual smattering of last-minute-Brits and self-consciously alternate yuppies.

As it turns out, this widening out of the crowd has had a fundamental, and positive impact on Soundwave’s already unusual dynamic. Whilst the vast majority of festivals out there have a definite timeline in place – starting slow, easy, mellow, and building to a last-night, peak-night crazed conclusion, Soundwave’s convoluted guest range means that, unlike the other Tisno festivals, the site is consistently busy, all day, every day, with a general vibe from the crowd of “Let’s pitch up around lunch and see what happens.” Whilst it means that Soundwave didn’t have many amazing, rammed, “Were-you-there-when?” moments, it seemingly overcame a major challenge so many other festivals we’ve been to have – of keeping an atmosphere during the day.A big part of that consistency comes from the line-up. Like Uma Thurman or Iceland, technically this shouldn’t have worked, but it really, really did: Chunky playing swampy basslines on the beach stage during the day, Jonny Dub taking things on a total genre adventure on the mainstage, Mr Thing dominating after parties at Barbarella’s or, our personal favourite – Mouse Outfit absolutely smashing their own boat party. The bizarre combination of garage, hip hop, breaks and trip hop seems to fit the counter-culture of Tisno perfectly.

That counter-culture could perhaps be surmised in one word: impromptu. All week, the peaks appeared to come out of entirely unplanned chaos: Jonny Dub and Eliphino’s beer-drinking back-to-back midnight set on the Beach stage, Mouse Outfit rapping ad-lib on their boat or best of all, Riot Jazz, at the news that rain had cancelled their mainstage appearance, doing their entire 4-piece live act set straight up from the main site’s restaurant kitchen to 400 soaked, hysterical clubbers.Soundwave festival sits in peak-season for UK the festival circuit. It’s line-up is eccentric, as was its general programming. But, like room 2, or a house party – there was something about that that actually worked massively in their favour. The place had this constant, impulsive, feel-good energy to it. Not as enforced as The Garden, purely in the spirit of a beach party you just sort of found. There’s a lesson to be learned here for other festivals perhaps: sometimes taking a chance with lesser known acts, or strange set times really, really pays off. We were impressed by Soundwave – as, we suspect, were the 2500 guests, 1/3rd of which come year-on-year and buy tickets weeks after they get home. Fancy an antidote to rammed-mainstage madness? This one’s worth a shot.Check out all our photos from Soundwave here. 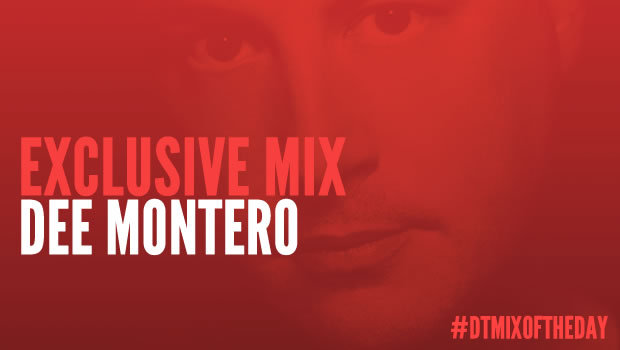