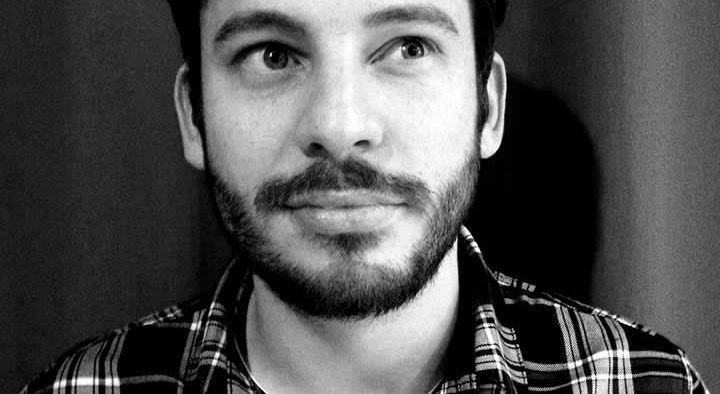 Oxford-based Emseatee is kind of special. Like a scientist in a secret laboratory in the dawn of the night, he is blending atmos, styles and rhythms. Organic in flow and open to experiments with natural sounds, he is always up to something new. Emseatee’s experiments take time and go back until 21-06-2014, when Minerva visited him and together they laid the foundations for this release.

We asked him to talk us through his album ’21-06-2014′ he says “As a whole, the record is something of a concept album I guess. The title signifying a starting point at which I wanted to try and capture the emotive concept of time and its highs and lows. The album incorporates sounds I captured that correspond to the theme. In a nutshell, I wanted it to take the listener through a kind of ‘month in the life of’ myself. Time and nostalgia have always been strong concepts to me, I have always found I work better with a subjective theme when approaching my music and trying to relay those experiences through the medium of sound”

I wanted the first track to symbolise a sense of innocence and naivety and almost in some part an element of ignorance. There was a multitude of elements that I wanted to incorporate in order to achieve a dream-like aesthetic. The signifying elements in the piece are the recordings of cigarette papers at the start and the ‘stop bus’ bell right after. When sitting down to approach the subject, I had a keen urge to try and recreate the preparatory sequence of a night out and all its rituals, with each increment of the track adding another wave of compulsion to the sense of movement. I wanted the track to sound like it was leading the listener. I sampled my voice to create a chant-like effect to add to the build before everything breaks. I hate using my voice, with a passion. But feeding it into Ableton’s sampler and using it like an instrument created this multi-faceted effect whereby each key restarts its loop at a different time depending on the pitch, creating an almost phasing-like effect.

With ‘Processing’ I started with a piano sample I had found in the terribly organised folders of samples littering my desktop. I can never just use a sample without messing around with it. I fed this sample through Sugar Bytes Looperator. I’m a big fan of their VST’s as the majority of them are a million miles away from what anyone else is doing. I much prefer getting a part down to the audio stage and then completely tearing it apart. Reverb was a must in this track, huge amounts of reverb. Saturating everything. Another thing I love to do is taking apart, drenching the reverb and removing all of the dry contents to create pads. The percussive elements of the track were born from a sample of handcuffs. It’s amazing what results you can get from recording YouTube audio videos. I liked the way they had a rhythmic element but it wasn’t hugely strict. The track is very much made of two parts, a leading uncertainty with a finishing relief period. 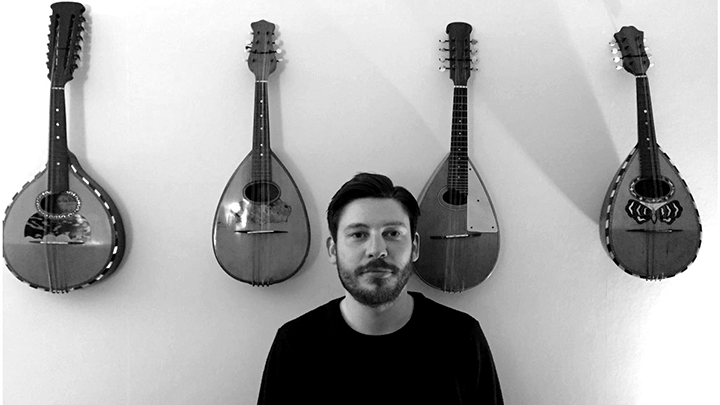 This track was very nostalgic for me to write. I didn’t write the tracks in the order they are arranged on the record and this was one of the first to arise out of pretty bad writer’s block stages. I was quite fed up and uninspired by anything I was making within Ableton, so I turned everything off and brought out the Yamaha PortaSound PSS-50 that I had gotten a couple of months earlier purely because myself and my sister had one as kids. It was on the PortaSound that the majority of the melodies were written on mallet-type presets. The sound quality is really quite shitty. You can hear the fact that the audio has been tweaked and toyed with in order to remove this electrical hum that comes out of the headphones’ jack. But I think that adds to the charm of the track and certainly reinforced the concept of the album. I wanted this track to signify a period of reflection and anticipation whilst still providing a sense of time with the rigidity of the kick drum.

This is where the album takes a pretty dark turn haha. I guess I wanted to create a sense of foreboding, a lack of control. I am a complete sucker for quantizing. Even when I resist the urge when writing a track after 50 or so run-through’s, I often break and start matching things up to the grid. This track was, and probably still is the only exception for me. The piano loop is the first take I recorded. The stabbing synth keys I left in their jolting state. I wanted the arp to appear in the same fashion, free from any fixed grid and loose. Overall I was trying to convey this sense of dis-ownership, a predetermined outcome that my actions couldn’t alter yet with an undertone of urgency, as if they could. After the arp, I introduced a looping function on a particularly favourite VST effect of mine. One of my favourite techniques to use is to play some quite out of time phrases and then loop these, forcing them to comply with the structure of the track.

When approaching this track I had a guitar sample and a vocal take that I spent the best part of a day recording. When coming back to it the next day, I hated it so I sliced the vocal track to midi and played around with it as sections. As mentioned above I hate my voice but sometimes when struggling to get a sound I’m after, I resort to using it in order to achieve the desired result. I wanted the track to have a sense of contemplation, a feeling of progression and continued growth, hence the way it digs it heels in and introduces the 4 to the floor kick. I try to use my guitars and bass as often as I can when producing but they hardly ever make the final cut. In this track, I found that their placement in the 3rd section created the final progression I needed. I can’t get enough of a good harmony hence the three guitar tracks as the track builds to a close.

I love organs and keys. To me, they always prove a melancholic result. In ‘Masse’ I knew I wanted to create a loop that I could decorate and elaborate on making its initial presence become quite hidden as the track goes on. I used a VST called Redtron, which is a Mellotron emulator. I love the results I get from this VST. The Mellotron sounds quite cheesy to me but the string samples are pretty decent on this emulator and when using chords, the samples’ time duration are all over the shop, which always creates interesting effects. I wanted this track to be a turning point in the album. Up until this point, everything was taking somewhat of a downward trajectory and I wanted this track to literally take a U-turn midway through to start its rebound in energy. 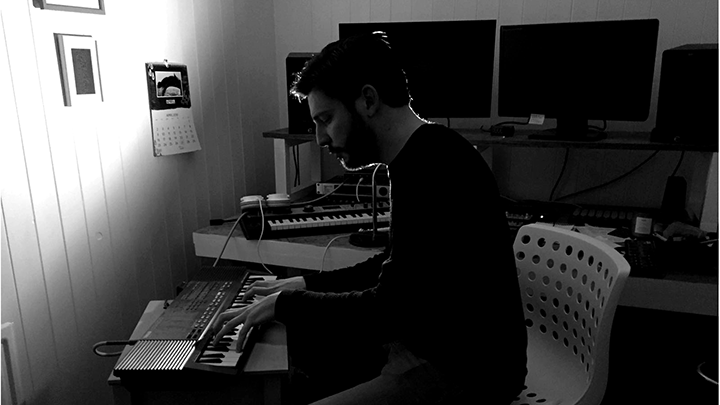 The reprise! It’s at this point in the album I wanted to return to the vigor of the first track but with a slight edge. Kind of like a return to form but with more direction. I have a habit of getting way too critical of my own work based on what others are releasing. I think it’s only natural to self assess. That’s why the distorted guitars made such a presence in ‘Polestar’. I wanted to dry and create a track that used all of my influences regardless of their genres. The way I approach my percussion is to load whatever samples I’ve either found or recorded into a drum rack and then play around with pitch, length, tone effects after I’ve laid down their basic positioning. I also like to use my hands. Whether that’s on a table or my lap, I have far more of a connection with the way it comes through on the recording. Who hasn’t worked a boring dead-end job and spent a good hour hitting the desk you’re working at with pens and palms! I always like to try and make something from nothing when approaching my production. I’ve always been drawn towards the cheaper instruments, the VST’s that people hate, the more unusual approaches to making and capturing a sound. I guess I love an underdog, but there’s something hugely rewarding about having spent the best part of four hours feeding the hum of a radiator through Melodyne and making a melody out of it.

This was actually the first track I ever fully finished when starting Emseatee. In fact Emseatee wasn’t even a thing when it was completed. This was the point where I decided that I wanted to take my producing seriously as a result of recent events. The track was created whilst I was trying to recreate this phasing effect I used to get as a kid. When my mum would hoover the house during the weekend, I would sit there waiting for her to finish so I could hear the TV again and I would hum the same note that the hoover was making then deviate up and down in pitch in small amounts until it would start to phase. Weird child! The track implements the use of the looping function at the end of the effects chain on the main synth to get the jumps in filter. Percussion fed through looping VST’s and sped up is also a mainstay in my production workflow. I wanted to include the track as the album’s finale as it brings the whole concept of this period in time around full circle to its initial starting point.