In 2005, Belgian festival promoter ID&T debuted Tomorrowland with headliners such as Armin Van Buuren and Eddie Halliwell in the town of Boom, Belgium and quickly grew into a global phenomenon. In its third year it went on for 2 days and then in 2008 over 100 DJs participated allowing the amount of attendees to exceed 50,000. Then in 2009 it grew to attract over 120,000 patrons and sold out days before the event. 2011 marked the year that it would turn into a three day event and the festival sold out only a few days after pre-sale tickets were on sale. 180,000 people attended and the festival went on to win an IDMA award for best festival of its kind in the world in 2012. In 2012, 400 DJs took to fifteen stages and 185,000 people from over 75 countries around the world attended with 80,000 pre-sale tickets selling out in less than a day. The remaining 100,000 tickets sold out worldwide within 43 minutes after announcing they went on sale. Attractions such as the highest mobile Ferris wheel in Europe and travel packages for over 15 cities across the world garnered international acclaim and recognition.

In 2013 ID&T Belgium and SFX Entertainment announced TomorrowWorld. The location for TomorrowWorld would be in Chattahoochie Hills, Georgia which was thought to be a replica of the original location in Belgium. The “Book of Wisdom” design that was used for the mainstage during Tomorrowland’s 2012 rendition was revisited for the first rendition of Tomorrowworld. Held over 3 days, TomorrowWorld saw great success and allured over 140,000 people in 2013 allowing for a massive boost in Georgia’s economy and granting permission for it to be held for many years to come.

In 2014, TomorrowWorld saw over 160,000 attendees over 3 days and 60,000 campers and that number is expected to increase drastically for 2015. 8,000 acres of land are set forth along 12 miles of the Chattahoochee River west of Atlanta containing a natural amphitheater, lakes that you can access via a floating bridge, wooded trails, and a plethora of enchanted experiences. The festival’s next level camping experience, Dreamville exhibits a well-equipped marketplace including boutiques, salons, food vendors, shops selling all types of supplies, and a festival supermarket.

You can voyage to TomorrowWorld from over 20 cities via a magical bus donned with GPS tracking and an on board restroom. Drinks and food aren’t included on the magical bus but there are guaranteed to be happy and excited people all looking to share the experience. If you want to lodge at TomorrowWorld in style you can sign up for Dream Lodge and get a tent on a platform including an air mattress, electricity, a terrace with chairs, and a locker for your stuff. Bottles on deck are also an option via the LIV Skyloft equipped with a table for 8 people, 4 bottles of the liquor of your choice, 4 bottles of champagne, Red Bull, and water.

TomorrowWorld is pretty lenient on what you can and can’t bring allowing for GoPros, LED gloves, Inflatables, Spray bottles and misters in the main festival area and unlimited food and drinks, coolers, propane grills, 30 cans of beer and a liter of liquor or 3 liters of wine. Unfortunately drones, kegs, paint, or pacifiers (because this is a 21+ festival) aren’t allowed.

The pre-party starts in Dreamville on Thursday with Comrad & Colin at 2pm and then Black Tiger Sex Machine will take over at 9:30pm followed by Yves V and Headhunterz who will close out the pre-party from 11:30am to 1pm. Then on Friday the festival will officially take way at 12pm with Mz. Poppinz on the main stage, Leah Culver at the It’s A Trap stage, MC Villain at the Q Dance stage and Al Patron on the How What & Where stage. At 1pm Layton Giordani will kick off the Drumcode stage and at 1:30pm Smash The House’s stage will open with Le Youth, and the Potion stage will open with Mike Mago. At 2:30pm, Jacob van Hage will open up the Full On stage making for a total of 8 stages this year.

Joseph Capriati will take to the Drumcode stage at 8pm followed by a 3 hour set by Adam Beyer at 10pm and Steve Angello will play the latest tracks on the main stage at 8:30 and Kaskade will go on at 10pm on Friday with Tiesto closing out. Saturday will start off with DJ Crespo on the main stage, Djaxx & Neurotique on the Belgian Stage, Submorphics on the Hospitality stage, West Coast Massive on the ATL stage at 12pm. Will Clarke will then open up the All Gone Pete Tong stage while Adam Scott will open up the Trance Addict stage, The Unsheathed the Mythical Frames stage, and Jakko the Revealed stage.

Saturday will also see the likes of Bingo Players and Hardwell on the main stage; Pete Tong, Get Real, and Justin Martin on All Gone Pete Tong’s stage; Artic Moon, Aly & Fila, Orjan Nilsen, and Paul Van Dyk at Trance Addict’s stage; and Gramatik playing at 10pm on the Mythical Frames stage. On Sunday, Alok will open up the main stage at 12pm and Samo Sound Boy on Mythical Frames stage, Denney on Paradise stage, Mantis on the Your EDM stage, and Halogen on the Future House stage at 1pm. Then m.O.N.R.O.E. will open up Thomas Jack’s stage at 1:30pm followed by Kudlow on the Terminal West Live stage and Chrome Sparks on the Future Classic stage at 2pm.

The last day will see sets from The Chainsmokers, Laidback Luke, David Guetta, Martin Garrix, and a close out set from Armin Van Buuren on the main stage. Keys N Krates, Flux Pavillion, and Big Gigantic will headline the Mythical Frames stage while Haywyre, Rudimental, and Porter Robinson will be seen playing live sets on the Terminal West stage. Matador, Guy Gerber, and Jamie Jones will be featured on the Paradise stage and Thomas Jack will close out his own stage following Klingkade’s set. Recently added to the line-up will be KiNK who was supposed to originally play the postponed One Tribe Festival in California on Friday and will play the Future Classic stage at 4:30pm with Cashmere Cat closing out the FC stage from 9:45pm to 11pm and EDX closing out the Future House stage from 10pm to 12am.

This year’s Tomorrowworld brings forth a very eclectic line-up showcasing the present and future of electronic music in America. The typical headliners are still present but many up and coming artists and newcomers are still presenting their skills on the decks. Plenty of live acts and new genres are taking form and we are look forward to seeing how the old timers have changed their style and the newcomers are trying to solidify theirs.

And yes…On Sunday there will be a total lunar eclipse also known as a “blood moon”. The moon will be visible from 8:30pm to 1:30pm just in time for Jamie Jones, Armin Van Buuren, and Thomas Jack’s sets! 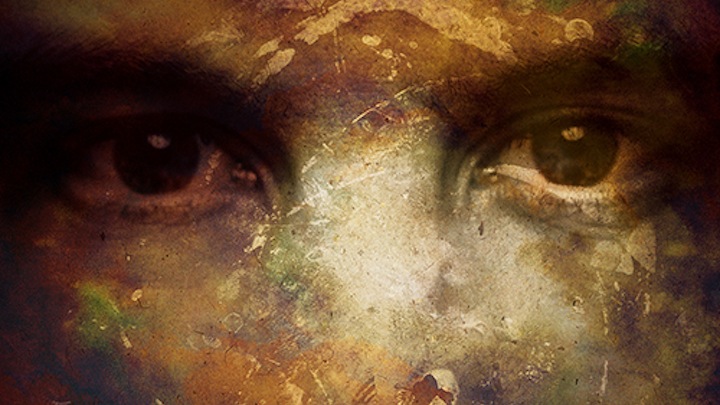