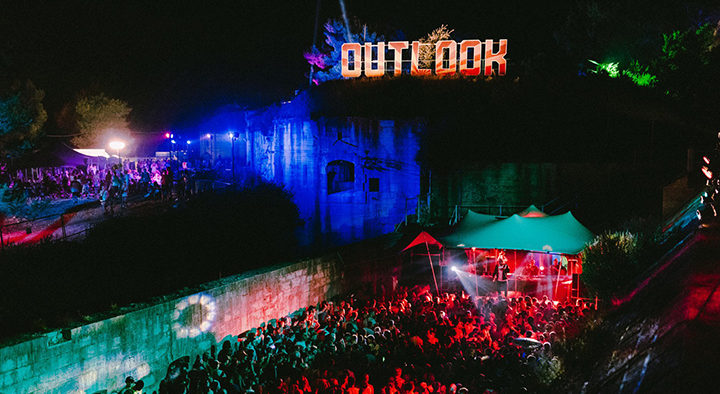 One week under the Croatian sun celebrating all things bass is probably the vaguest description of what was an absolutely unforgettable experience. It’s nearly impossible to transcribe the sheer excellence that was Outlook Festival but we thought it would be a shame to not let you in on the business that went down over in the Fort Punta Christo. Four days and five nights packed out with some of the biggest names in bass music, an absolute heaven for the bass heads. 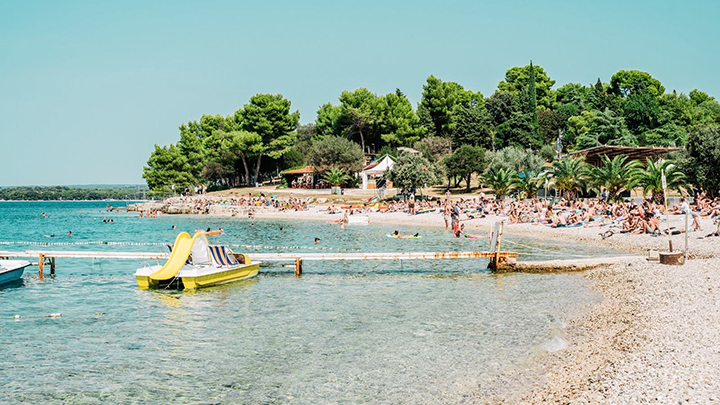 We kicked things off on Thursday morning with the Exit Records boat party. Three hours of steppers, hard-hitters and vibes under the sun. With a stellar line-up of dBRIDGE, Skeptical, Fixate and SP.MC, it was set to be a large one and it certainly didn’t disappoint. The Exit Records boys truly knew how to get things going in style by dropping tracks like ‘Zed Bias – Pick Up The Pieces (Ft. Boudah) (Skeptical Remix)’ and ‘LSB – Potshot’. Some serious stompers matched by a ridiculous set of rigs. It was pretty safe to say that if Outlook were able to get such a heavy sound system on a boat, we were in for a mad one on land. We couldn’t have asked for a better way to get things going for the week ahead.

Moving on into the evening, we started over at The Void for the Crucast showcase. Picking up a serious reputation in the bassline scene, the Crucast boys are going from strength to strength and we can’t see them stopping anytime soon. With the combination of Skepsis, Notion, Darkzy, Mr Virgo and a lethal sound set up, the anticipation for the first proper night of the festival was at a serious high. What more could you want? The Crucast boys went in, shelling out some proper hitters, crowd favourites and a bunch of unreleased bits. One standout track of the showcase has got to be an unreleased one from Skepsis entitled, ‘Skepsis – Hold It Down (Ft. Bru-C)’. This one’s been going off in the raves recently and certainly didn’t disappoint on that Void sound system. Sharp vocals from Bru-C and a drop heavy enough to make anyone pull a screw face. The Crucast boys have a tendency of finishing off sets with some Drum and Bass and what better way to do it then by dropping unreleased tracks like ‘Bru-C – Wagwarn (Kanine Remix)’ and ‘Simula – The End’. Setting the levels for the rest of the festival, the Crucast boys really smashed it. 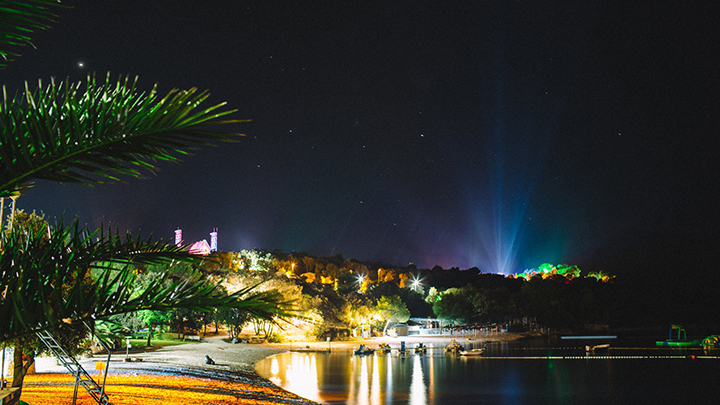 The first day of the festival flew past and before we knew it, it was time for day two. Thankfully by the time the evening of the Friday had come around, the weather had sorted it’s self out and set the stage for another evening of bass-infused raving. With a hefty line-up, The Garden stage was the place to be and that’s exactly where we kicked things off. Jungle don Jumpin Jack Frost was in control and literally had the place jumping from front to back. An hour of pure energy and pace to get everyone in the mood. Heavyweight after heavyweight, the night was shooting past and we were already into the early hours of the Saturday morning and Drum and Bass pioneer DJ Marky was deep in the mix and blend. Dropping some absolute stinkers like ‘Break, DLR & Randall – Song and Dance’ and ‘Bredren – Slackers’, we were really in our element and Outlook Festival was exceeding all of our expectations. A night of dark, deep heavy rollers was just about to get even better as we fast-forwarded an hour to find none other than Serum who had just stepped up to the decks. Now, this was without a doubt up there with the best sets of the week. We were literally left speechless time after time during the set and couldn’t quite believe the pure energy of the set. Known as one of the true monsters in the scene and as one part of Kings Of The Rollers, Serum had taken the festival by storm. Kicking the set off with an unreleased Kings Of The Rollers track (see video below), Serum had taken it up a notch from the off. Dropping another unreleased one; ‘Tessela – Hackney Parrot (Kanine Bootleg)’, there wasn’t one person in the crowd who didn’t have their dirtiest screw face on show! The Hackney Parrot acapella met by a drop powerful enough to knock you back a step, it was clear to us that this had to be the track of the week. Featuring in a number of sets across the week, it never failed to disappoint. It really was one of those sets that if you weren’t there to see it, we genuinely feel sorry for you.

It’s highly recommended that you pace yourself when coming to Outlook Festival and that it’s much more of a marathon rather than a sprint. Day three and we were starting to feel the effects of the past two days but that wasn’t going to stop us. The line-up for Saturday was once again too good to miss and we knew exactly where to start. It was our first time over at The Clearing and who better to show us the ropes then Noisia. Synonymous in the Drum and Bass scene for their high energy, breathtaking sets, Noisia were someone who we were extremely excited to see. One track which obviously went down well was, ‘Pendulum – Hold Your Colour (Noisia Remix)’. If the original of the track wasn’t good enough, this Noisia remix is one to get your heart racing. The atmospheric buildup was just ridiculous on The Clearing sound system and it’s not even worth talking about the weight of the drop because words just don’t do it justice. After Noisia, it was time to hurry over to The Void to catch the start of Break & DRS. Another contender for set of the week, it’s hard to comprehend the pure filth of this one but we just couldn’t leave it out. Standout tracks of the set have got to be ‘Critical Impact & Break – Creeper (Ft. Skibadee)’ and ‘Technimatic – Bristol (Break Remix VIP)’, two absolute face-melters and jaw shakers. Hats off once again to the production crews, the sound system at The Void was just incredible. Got to love it when the bass literally shudders through your body.

Switching it up a little, we headed over to The Courtyard stage for a bit of bassline. Deadbeat was in control and had everyone throwing their best skanks in true UK style. Dropping some absolute heaters like ‘Deadbeat UK – Night Kitchen’ and ‘Dr Cryptic – Get Down’. The vibe in The Courtyard was wicked, it really was a nice little switch up from the drum and bass heavy line-up.

Sadly, it was Sunday and this marked the last day of the festival. As tired as we were, we didn’t want it to come to an end. The final line-up for the final day had us set for another night over at The Garden. With the likes of Calibre and S.P.Y on show, it was set to be a night to remember. We kicked things off with an hour of Bcee & MC Tempza and what a way to start the last night. A vocal infused hour of fast paced drum and bass, perfect for a Sunday evening to get the vibe going. Calibre was up next and was one of the names on our watch list for the week. An easy call for the standout track of the set has got to be ‘Calibre – Addict’. One that’s been going off in sets all over the place recently, definitely one for the catalogue. Time to fast forward to the final hour of the festival and who better than S.P.Y to close up what had been a ridiculous week. Shouting this one out as the set of the week, closely followed by Serum and Break. It really was just unbelievable, drop after drop, screw face after screw face, S.P.Y had really brought the fire to The Garden. Shelling out some serious stinkers such as ‘DC Breaks – Never Stop (S.P.Y Remix)’ and ‘Nu:Logic – Strut (Ft. Other Echoes) (S.P.Y Remix)’, the energy for the final night was at an all-time high and you could tell no one wanted it to end. With some unrivalled song selection, S.P.Y closed up the festival with an emotional one, ‘Metrik – We Got It (Ft. Rothwell) (S.P.Y Remix)’. We’re pretty sure there were a few tears in people’s eyes when this one played. Hats off to S.P.Y, it was the perfect way to close up the festival.

S.P.Y dropping his remix of Metrik – We Got It

With the closing of The Garden stage came the closing of the festival. Big ups to everyone involved it was one for the history books. Signing off Outlook Festival 2018, It was an extra-large one!

Set of the week: S.P.Y at The Garden stage