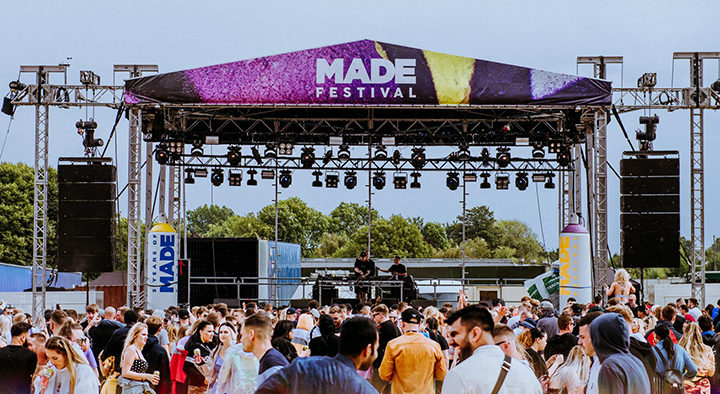 The Midland’s most popular festival MADE turned 5 years old this year and celebrated with a move to Perry Park!

In true British festival fashion, the heavens opened and drenched the site in over a month’s worth of rain – but this was no game of cricket and the rain did not stop play. People cramming into the tents to enjoy the music and dodge the rain only added to the atmosphere of the festival.

As always, the festival hosted a diverse range of acts including big names such as DJ EZ, Dizzee Rascal, Kurupt FM, Camelphat and Andy C to name just a few.  In the jam-packed, house music tent Camelphat, Fisher, Latmun, Max Chapman and Detlef did the business all day.

Over at the RAM Arena, we were treated to a star-studded line-up. Following a rowdy set from the SASASAS boys, Culture Shock stepped up to the plate and delivered an octane fuelled power hour, seamlessly blending between anthemic hands in the air tunes to serious dancefloor hurters. We were fortunate enough to hear an exciting new collaboration between the man himself and none other than Sub Focus. 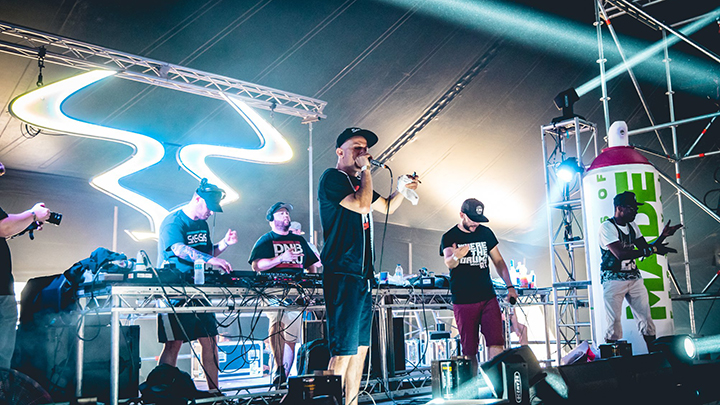 Keeping the energy levels high, Dimension played a trademark set showcasing why he’s quickly becoming one of the biggest names in Drum & Bass globally. The crowd were clearly enjoying themselves, singing along word for word to tunes such as ‘Generate’ and ‘Love to Me VIP’. Dimension also happened to play a new collaboration with Sub Focus! This track has an infectiously catchy and bouncy melody, fingers crossed it’ll be seeing a release soon. 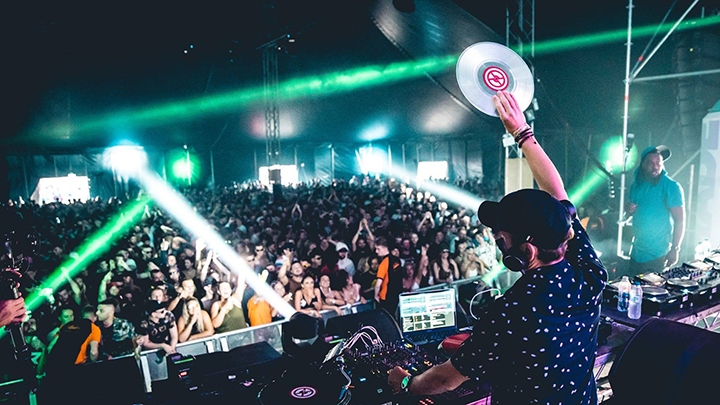 The legendary Andy C delivered an adrenaline-fuelled 2-hour set. Truth be told, I’m running out of words to describe this man and what he does. Flawless execution each and every time. Wave after wave of powerful double drops, continual shouts for reloads and countless screwfaces throughout – it’s always a pleasure seeing Tonn Piper appreciate a mix!

Andy dropped 1991’s forthcoming remix of Mylo – ‘Drop the Pressure’ – safe to say it was well received going by the number of hands in the air!

A great day was had by all, shame about the rain but it didn’t dampen our spirits.