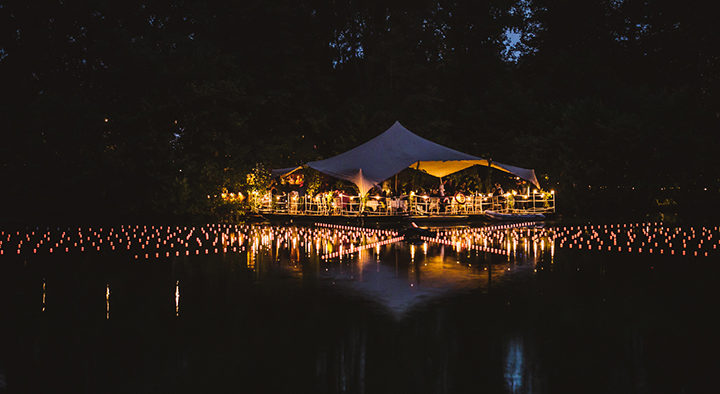 Situated within the gardens of Houghton Hall, fabric resident and all round dance music boff, Craig Richards, returned to the site for the second instalment of one the UK’s most hotly anticipated music festivals. With a 24 hour music license throughout the weekend and a line-up craftily created by fabric’s veteran, it was no wonder that Houghton Festival sold out within minutes at the beginning of the year.

The lack of phone signal and stages set within the woods created an almost secret world within the festival, which meant that you could fully immerse yourself within the music and everything that the idyllic festival had to offer… 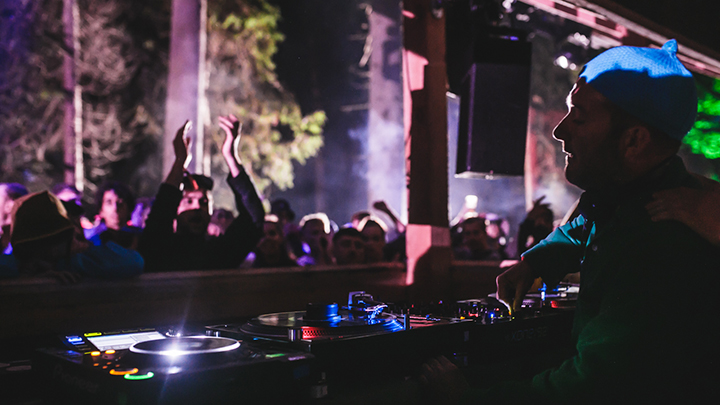 Although the rain began to pour as soon as we arrived, it didn’t taint the excitement that buzzed through the campsite as the sounds of the stages heightened as the evening drew closer.

The warm up to the weekend started with an exuberant live performance by indie electronic duo Red Axes, who played live at the Pavillion with a picturesque backdrop of the brightly lit lake behind them, which followed with an intimate experience over at the Warehouse stage, with a selection of tasty tunes by Cassy. 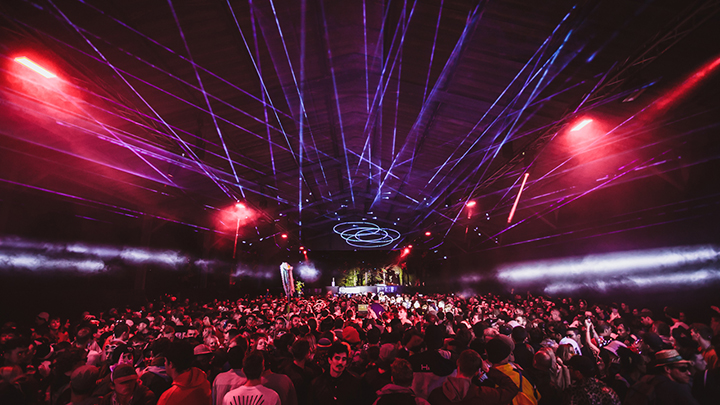 Friday morning brought with it the sun and the festival’s best line up for live acts, which included the likes of Robert Henke otherwise known as Monolake, who was expertly positioned in the middle of The Warehouse as the crowd surrounded him. The Munich born musician delivered an energetic and animated set, which was thrilling to watch as his infectious passion passed through the crowd. As further stages opened and welcomed the 24 hour license, the party fully kicked off with exquisite sets from Jane Fitz over at the magic carpet and Intergalactic Gary who played a fierce electro and techno set down at The Quarry.

Whispers of the secret stage had been uttered from the very beginning, with talk that you could only get to it by train as remembered from last year. However, this year the stage was easily accessible via a short walk through the campsite. If you didn’t get to go to Terminus, you would surely know about it by the second day in. Jane Fitz set at The Terminus was the talk of the festival with the crowd comparing the atmosphere to that of a “dreamland”. 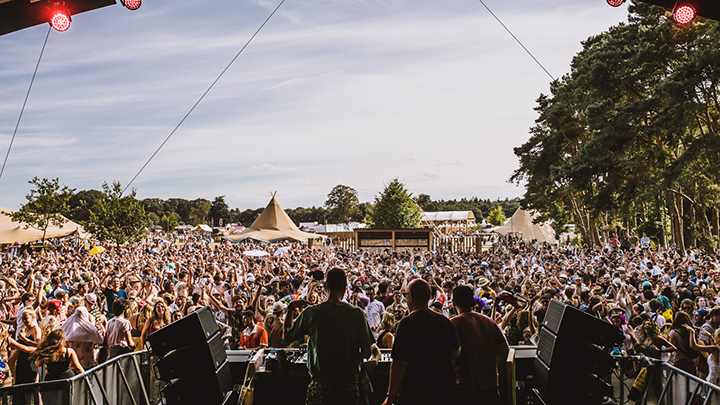 Saturday afternoon was kicked off by Horse Meat Disco who played as the sun shone to a colourful crowd for five hours over at the Derren Smart Stage (named after the London Promoter who sadly passed away). Dropping classics such as “Stardust – music sounds better with you “ and Diana Ross – “No one gets the prize”, the crowd soon shook off Friday’s hangover. The festival not only offered an assembly of talented musicians, but it also provided hourly sculpture tours to explore Damien Hirst’s ‘Colour Space’ installations through the gardens and the chance to get involved with Yoga and Theatre over by the Orchard, which was a tempting pleasure if you wanted to rest your feet. 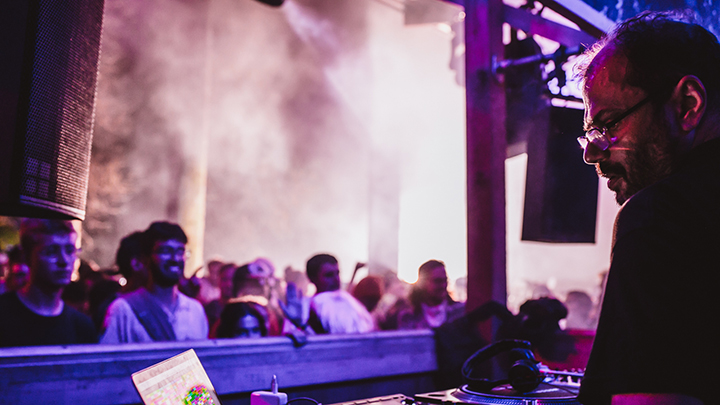 By far my favourite set of the weekend was from Optimo, who effortlessly weaved the likes of Eurythmics “Sweet Dreams” straight through to Boys Noize -” XTC (MMM remix)” at the 360 degree stage, The Clearing. The Scottish duo enchanted the crowd with their eclectic song choices which were mixed together through an array of genres through the woods, dropping California Dreamin’ Mammas and Pappas right through to Joey Negro rendition of Chic’s Everybody Dance. It was an electrifying moment and still is being frequently discussed on Facebook groups. 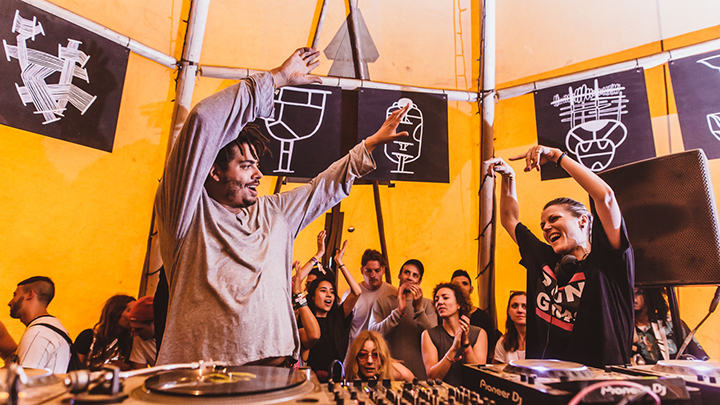 As Saturday night came to a close and Sunday morning was starting to appear there were tough decisions to be made as the likes of Ricardo Villalobos, Seth Troxler and Binh all took to the various stages. Deciding to try my luck and try and see all, I ventured over to Ricardo, who used his wizardry skill and tantalizing choice of tracks to hypnotise the crowd. As he carefully controlled the tempo, manipulating the crowd with his choice of minimalistic tunes, the set seemed to blur all together as the sun glistened from the lake. Taking a break from Ricardo at one of the perfectly placed hammocks by the lake, Troxler was next on my list. As soon as you walk in through the tent, the humid atmosphere greets you as the crowd is tightly packed together. Troxler stood at the front as his funky electronic set weaved its way through the crowd, amplified by the compact space and enveloping the punters’ excitement, it brought pure joy through the field and was the perfect wake up to Sunday morning. 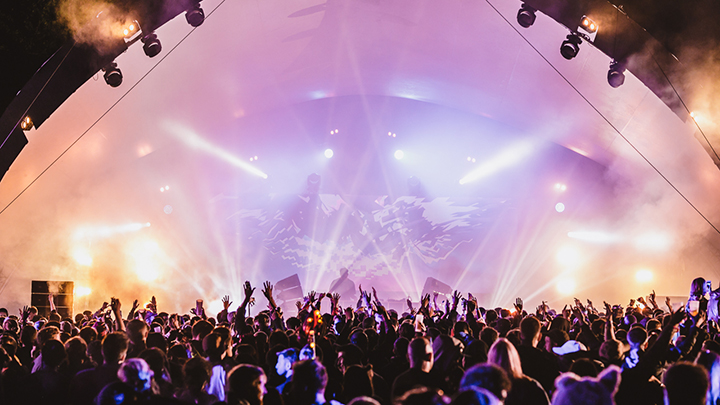 Without a doubt, Houghton Festival was a one of a kind that was attentively designed and created as the perfect advocate in the electronic music scene.

6 Acts to Get Excited About For Epizode 3
Grahame Farmer November 22, 2018

6 Acts to Get Excited About For Epizode 3