Reviewed: Hospitality In The Park 2018 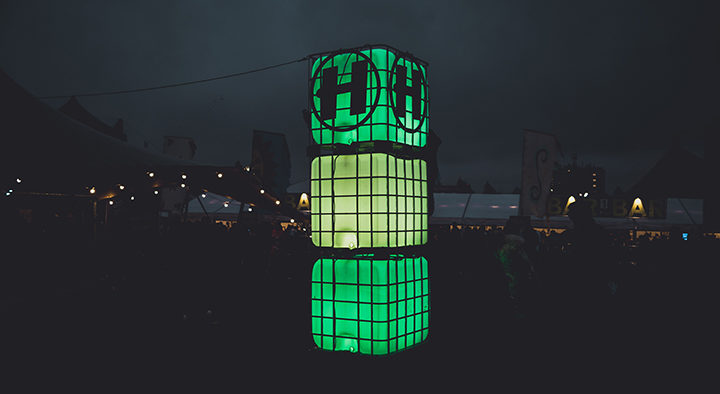 For the third consecutive year Hospitality in the Park has sold out in advance. Making our way into the festival it’s good to see the wet weather hasn’t dampened any spirits. And it’s a real blessing when we find out all the stages are in tents to keep us dry for the day.

The lineup this year showcases some scene stalwarts, especially over in the We Love Jungle tent, as well as some new trailblazers. One of the success stories of the past few years is Kings Of The Rollers who have an early slot on the main Hospitality stage. They are joined by rising MC Inja, whose album ‘Blank Pages’ was released earlier in the year via Hospital Records. 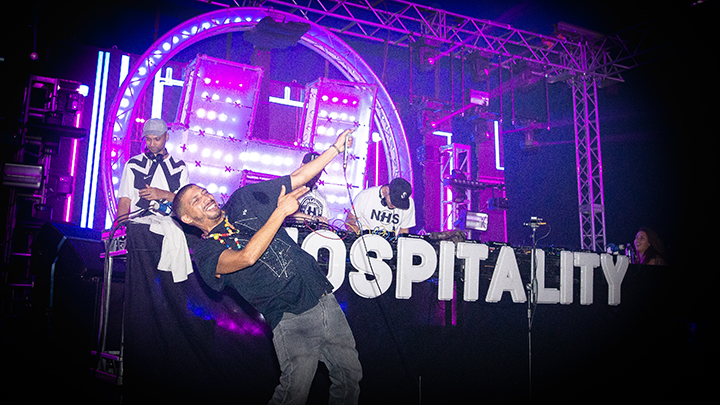 We follow our ears into the main tent where ‘Lumberjack’ by Serum is getting everyone, Kings Of The Rollers starting heavy. Danny Byrd’s ‘Salute’ gets an early play, before merging into ‘Flashlight’ by Whiney and Inja. The grinning Inja bobs around the stage encouraging the crowd to ‘shine a light’, with the audience losing themselves as the beat kicks back in. With the set gaining momentum the crowd swells, and the atmosphere is one of a late night club rather than one in the afternoon in the rain.

Not quite satisfied with just the one set, Kings Of The Rollers join forces with Shadow Demon Coalition for a darker, weightier set. We join the throngs pouring in as Bassman and Inja are firing off some heavy artillery for Kings Of The Shadows in the already sweaty Run Vaderz tent. Trigga arrives a few minutes late and grabs a microphone, with the MCs’ vocals playing through an alien sounding distortion, they lay down bar after fiery bar. The light shining through the roof gives a 4AM feel to the affair, with Shadow Demon Coalition firing on all cylinders. 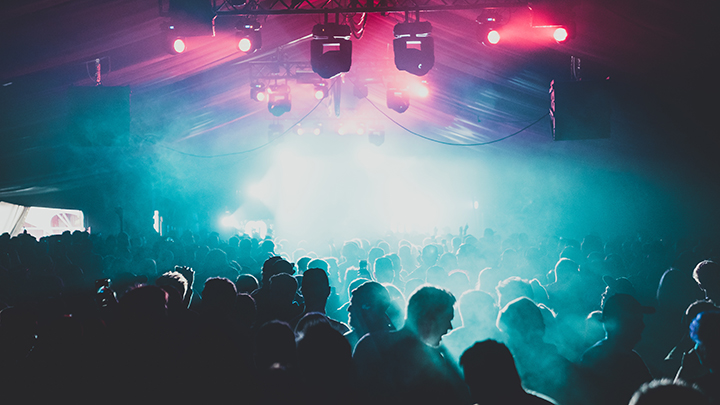 There was no time for a breather. The lineup was so stacked with numerous clashes, that hard choices had to be made throughout the day. There are worse problems to have though.

Over on the Let It Roll stage Ed Rush and Optical are celebrating 20 years of Virus Recordings. After the crowd chant ‘turn it up’ the sound engineers finally oblige and the mood starts to get more ravey. They spin in Friction’s remix of The Prodigy’s ‘Need Some1’ which is doing the rounds already. Towering behind the pair is a huge visual which looks like an optical lens, twisting and morphing graphics accompanying the music. At one point Ed Rush and Optical rolled the beat so hard they broke the screen behind them, making it revert to the home page of the computer it was running off of. 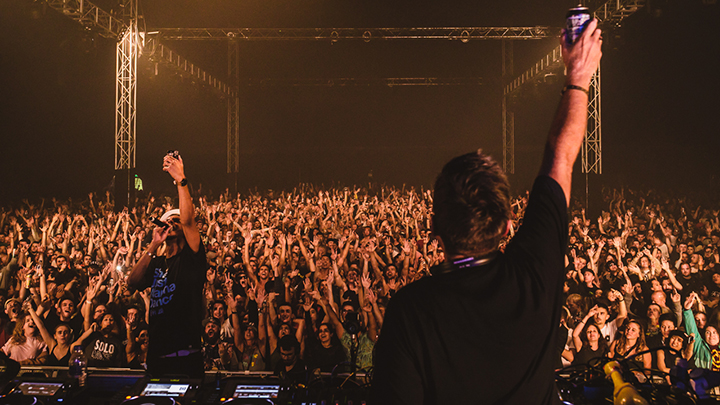 We race across the small festival site and manage to catch the end of Jamaican legend Dawn Penn. Her track ‘No, No, No’ prompts a mass singalong, before she performs the drum & bass remix of her hit song. This induces a state of summer skanking in the crowd, which is gleaming with smiles front to back.

Following her is the original don Dillinja. He kicks it hard on the Outlook stage, a giant conservatory filled with smoke and steam. He mixes old jungle cuts with newer dnb tracks seamlessly, and it’s clear to see a DJ who’s still at the top of his game.

Following the winding tunnel into MedSchool’s little warehouse and we see rising star Whiney playing. He drops the new smash single ‘Retreat2018’ by Chase & Status, which is torching speakers wherever it gets a spin. 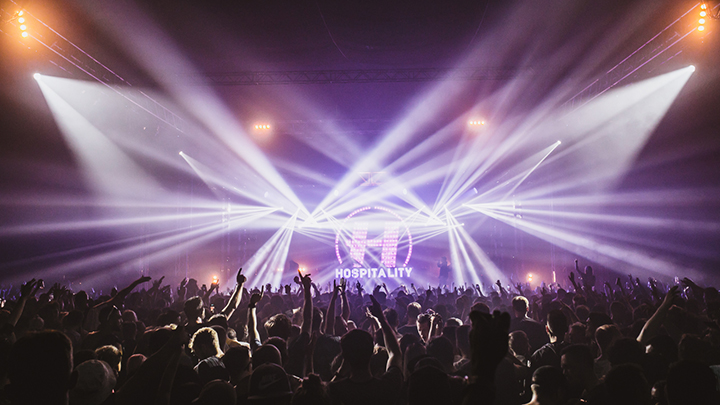 I then skate across the worsening mud bath that is developing around the festival to chat to London Elektricity. On my way back into the revelry I see many casualties from the mud. But this is a drum and bass crowd, and they just deal with it with a laugh and a shrug.

We head into the Hospitality tent to see High Contrast with his live band, they showcase dnb’s more melodic side with soaring harmonies and rhythmic drums. The band also incorporate a number of covers into the set, even playing a version of The Who’s ‘Baba O’Reilly’. The band’s two singers deliver a soulful rendition of ‘Remind Me’, which really elevates the track to a higher level. 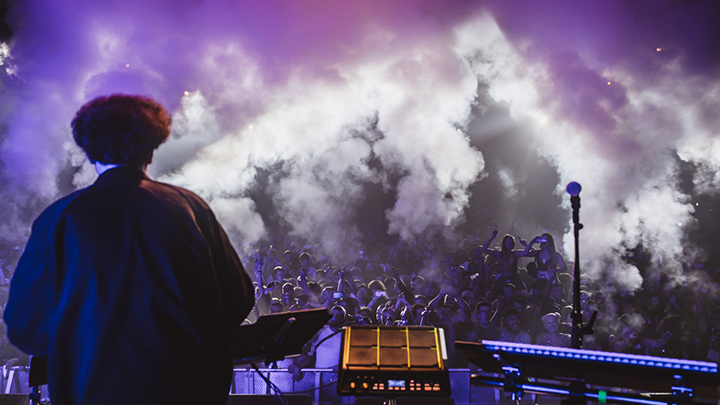 Rounding off our day is Metalheadz head honcho Goldie, who delivers a blistering set in the Outlook tent with multiple rewinds and all around general madness. He wraps up with label classic ‘Up All Night’ by John B to rapturous applause.

As the crowds slowly trickle out of Finsbury Park there isn’t a glum face in sight, Hospitality in the Park 2018 delivered all we expected and so much more. 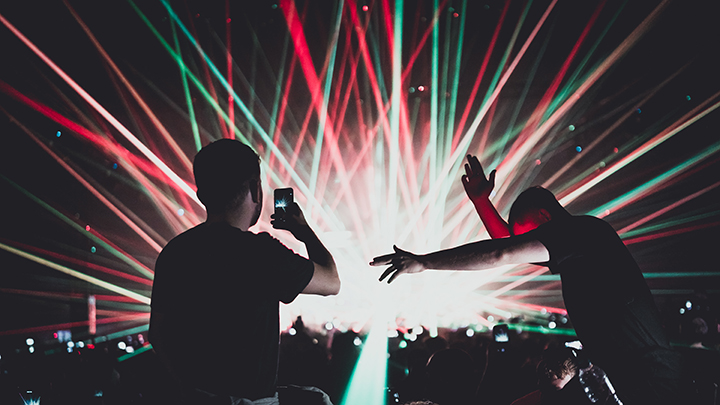