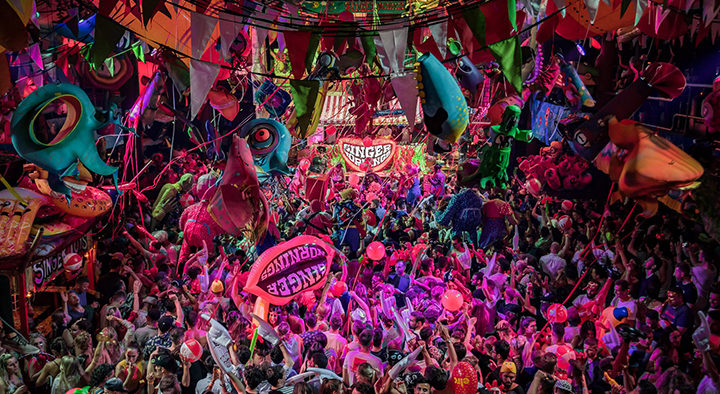 Elrow has been steadily growing and expanding over the past few years, with festivals and parties all around the world. In London, this August will see the Queen Elizabeth Olympic Park host Elrow Town for the second year running with some of the biggest selectors in dance music down to play. Tonight, Data Transmission is experiencing the party in Amnesia which has been its spiritual home in Ibiza for a number of years. We enter into the wild party that is Elrow at Amnesia, one of the few nights that has stuck to its guns this year during a summer of changes on the island, occupying Saturday evenings. We hold our collective breath as we are transported into Singermorning for a night to remember.

Claptone is grooving things nicely in the Main Room during his all night long set, but it’s the terrace where the full elrow party is happening. The Terrace is fully kitted out with neon decorations, and more inflatables than anyone would know what to do with. The DJ booth has been moved to the opposite end of the Terrace, directly in front of you as you enter from the Main Room. The booth itself is housed within a house, with actors and performers leaning out of windows gesturing at the crowd and one another. As the night progresses, the crowd begins to thicken and the performers become more lively, getting involved with the audience. 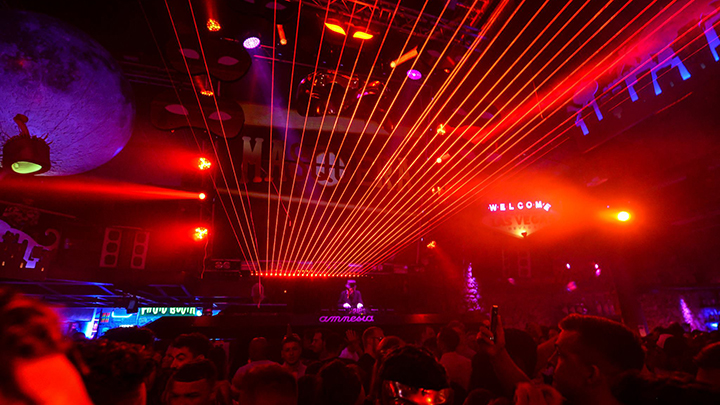 Catz ‘N Dogz then bring an infectious blend of house and more to the madness of the Terrace, with no set playbook the duo dig deep and play to the party not worrying about genres – just creating a great vibe. This is what Elrow is all about, a crazy party like no other that keeps you grinning all night long. 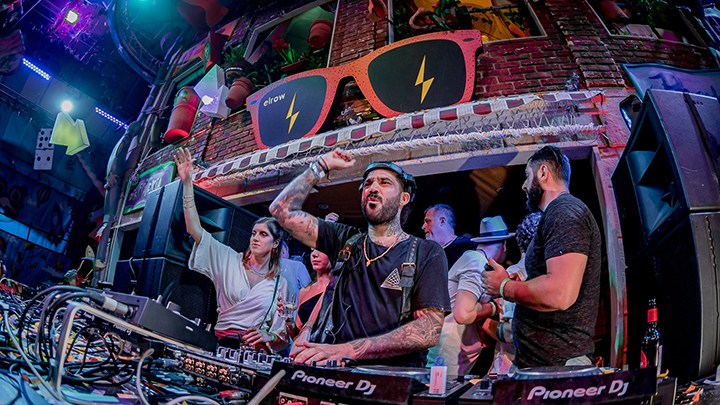 The beauty of elrow is the sheer amount of fun everyone experiences through the utterly bonkers experience. With performers hanging from the ceiling, gliding high through the air above the crowd to a gang of 10ft tall Ghostbusters weaving through the crowd, there is an unhinged nature to the party which just screams fun. Data Transmission also spotted ET and Einstein getting stuck into the party as well, just like your typical night in Amnesia. 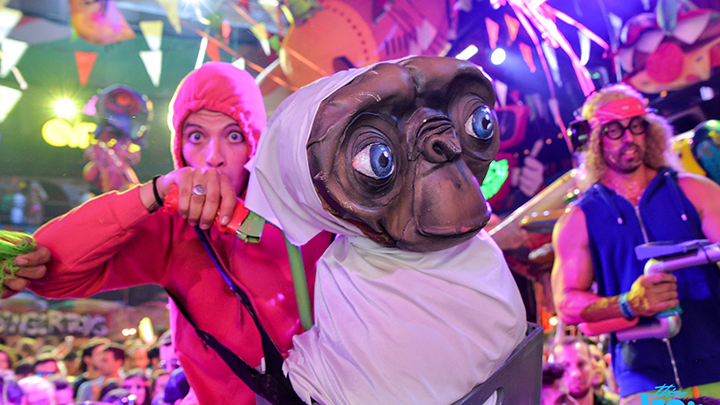 Catz ‘N Dogz finish on ‘Pacific State’, the seminal 808 State track which has been given an update by Circa 92, the newer version strips back some of the percussion focussing around mesmerising pads and that memorable sax lead which plays a much larger part than in the original.

Detlef takes to the decks playing ‘Freaks’ by Dennis Cruz, a recent release on Jamie Jones’ Hot Creations imprint, with it’s deep and driving nature it’s the perfect 4AM track. We’re then treated to ‘Soul Brother (Superlover Remix)’ by Bombay Traffic which injects a bit of soul into proceedings, with a foundation of bumping house. The house vibes were continued with Defected debutant duo Human Movement and their song ‘Run It By Me’, a groovy number with soft synths and a soft, catchy vocal courtesy of Eliot Porter. The terrace is still fairly busy as Detlef keeps pumping and seems to swell as he drops Krystal Klear’s ‘Neutron Dance’, which goes down a storm just after 5am. The debut release for Krystal Klear on Gerd Janson’s Running Back label is set to be this year’s summer smash. Its euphoric blend of house and disco ensures this track will keep dancefloors moving all night long. The energy is kept up with ‘Higher’ by Swales being worked into the mix. The track is all about the disco with a sample of Inner Life’s 1981 cover of ‘Ain’t No Mountain High Enough’, simply oozing summertime with those gorgeous strings and percussive drums. 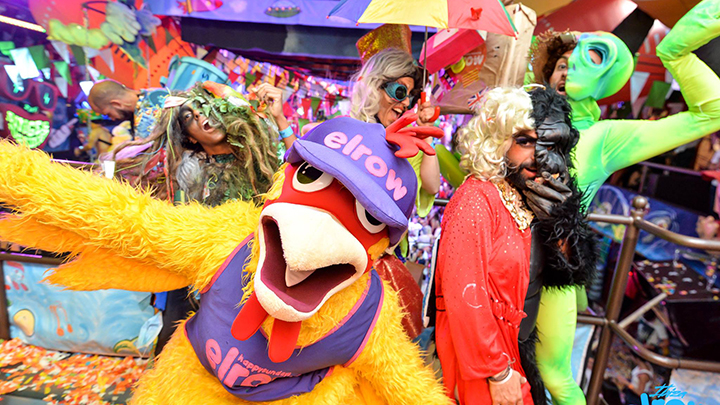 The infamous elrow chicken even appears in an inflatable boat which circles the Terrace being held up above the heads of the crowd, waving and raving as he makes his way around the room. As Detlef steps down, Marc Maya takes the reins with Nic Fanciulli’s 2018 edit of ‘Shake It’ by Lee Cabrera and Thomas Gold, intermittent keys over a deep broody bass lace this updated version. Most of the performers are taking a breather at this stage as Cristoph’s ‘Feel’ induces hands reaching for the sky from the after-hours crew here ‘til the bitter end. 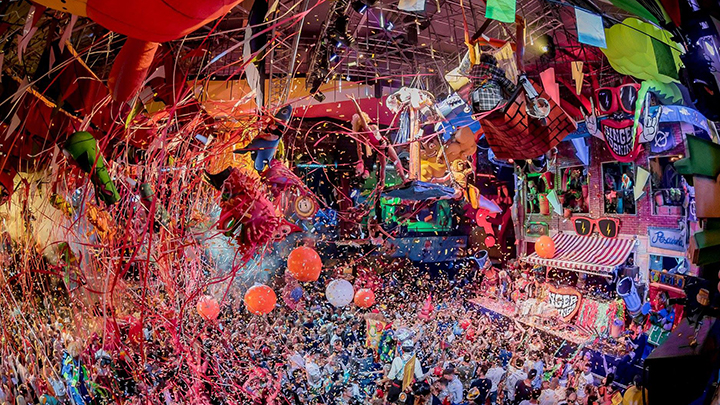 Just before 6:30AM Paul Johnson’s 1999 classic ‘Get Get Down’ is a super selection which really goes off. Marc Maya and all of the elrow performers get the entire Terrace to crouch down during the last breakdown, before everyone leaps back up as the beat drops back in and the place erupts. With the sunlight creeping in through the roof windows, it’s final track time as the DJ winds the decks up to huge applause before sinking back in with ‘One Love’ by Emanuel Satie, a proper early morning sunrise track complete with a sprinkling of bongos just to top it off.

Amnesia’s Pyramid teams up with Diynamic