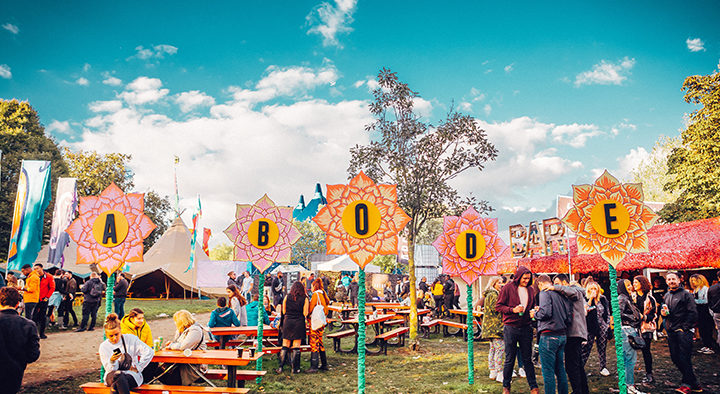 I’m pretty sure if you were in the Abode firm and you were waking up the next day after Abode In the Park, you probably felt a bit like a newly married couple. The previous day was a bit of a blur, you feel a bit rough around the edges and you think ‘WE BLOODY DID IT’ (pull off the festival NOT consummate the marriage, get your dirty mind out of the gutter!).

This wasn’t Abode’s first attempt at a festival of course, but it could be seen as the cherry on top of a great 2018 that has seen them sell out not only Finsbury Park again, but Abode on the Rock in Malta and take on Amnesia’s Terrace in Ibiza every week, which at Kai’s (promoter and main mouthpiece for Abode) own admittance, has not been easy. That honesty is refreshing in the promoting game where there’s plenty of smoke and mirrors and every club, everywhere is supposedly ‘nearly selling out’. 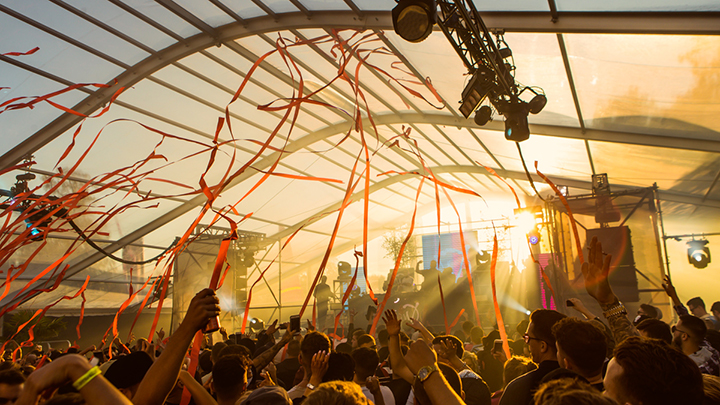 Traditionally festival season used to end around the second week of September, but these days the gloves are off and for the second year in a row Abode have held their festival towards the end of September. After a rare scorcher of a Summer, it was sod’s law that it was tipping it down non-stop leading up to the big day, not only that but there was another festival on the same site the day before, which could mean only one thing: Mud.

I have to admit that even though I’ve dived through mud for over thirty years (I’m a goalkeeper) I’m rather adverse to mud at festivals. Looking at Twitter in the morning, after Abode had put out a welly boot announcement, I wasn’t the only one and people were attempting to flog their tickets en masse. What would be theirs (and the ticket touts) loss would be the rest of the festival-goers gain as the Abode and LWE team must’ve put in some hard graft to lay down wood chips and hay to make the site less muddy/slippery. I did see two guys that were not taking the risk, they’d clearly ignored the welly boot advice and instead had studded football boots on. Great for getting about, not so good for cutting shapes. 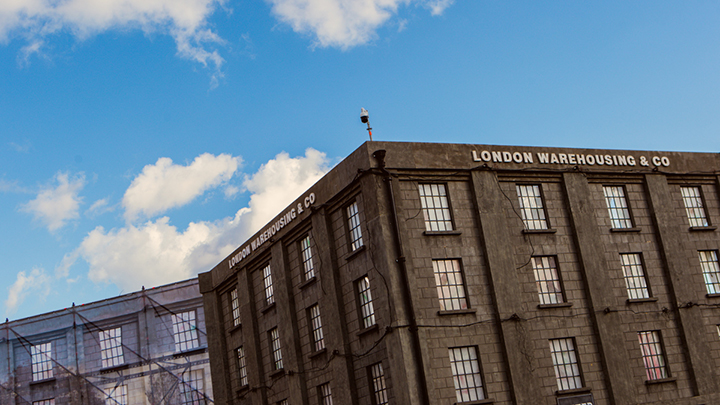 After the standard recce of a dizzying array of areas, we settled on a bit of East End Dubs in the Warehouse, which from the outside looked like, you guessed it, a warehouse and inside it was pretty much pitch black despite it being the middle of the afternoon. After that, we headed to Danny Howard’s Nothing Else Matters tent to catch Leftwing : Kody. The guys had recently made an announcement that going forward the DJ gigs will be Chris (Kody) flying solo, but although he was sans Jon (Leftwing) he was, in fact, playing back to back with Atriea. No idea whether this was planned or whether they’d played B2B before, but they seemed rather cohesive together.

We then popped to The Stable tucked away at the back of the festival, to catch fellow DTer Tony Allen playing B2B with Chris Nottingham, who had kindly offered to share his set with Tony, who had in effect lost his opening set due to the fact the festival opened an hour later than planned due to contingency planning for the mud. I thought this was a real stand up thing to do and showed this cynical writer that there’s still kind DJ’s out there. We left them whilst one of the tracks of the year Weiss ‘Feel My Needs’ was playing, not before I felt my knees and turned around, of course. 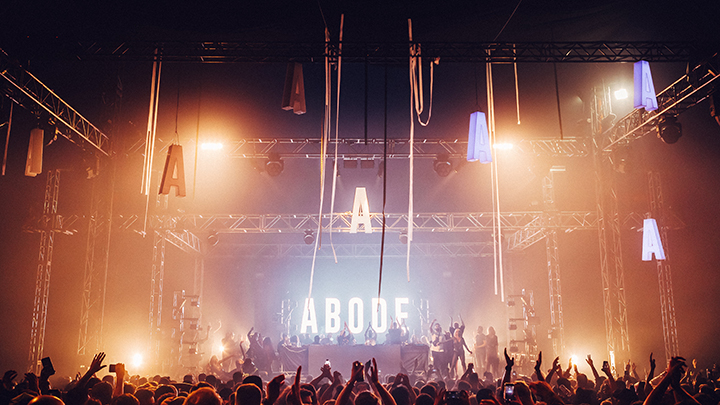 Before heading back to the Nothing Else Matters tent for Waze & Odyssey, we stuck our head in the Love Juice tent. Charlo banged through the Amine Edge and Dance remix of ‘Lovelee Dae’, Martin Solveig’s mix of Madan and Bucketheads’ The Bomb’ in the time it took me to grab a Relentless from the empty bar, so we ducked out and managed to catch W&O open up with a stomper of a remix of ‘Renegade Master’.

Whilst the muddy melting pot of DJs and music was more than enough to keep my attention, I couldn’t help but marvel/LOL at people that had turned up with brand spanking new Air Max 97s on, and even crazier, some tasty all white Adidas Ultraboost. Some people went DIY wearing bin bags around their trainers and others were actually wearing Dry Stepper specific sneaker covers.

Back to the music and realising we still hadn’t been to the Viva Warriors terrace yet we swung by and caught George Smeddles who had the terrace well and truly vibing to his set. I then wanted to catch Jack Swift in action. I feel like I’ve seen a ton of his online cutting and chopping videos but I’d never actually caught him live. He was playing back to back with fellow Abode resident Devstar in the cavernous Abode tent that was banged to the rafters. Jack’s technical prowess may have gone unnoticed by most of the crowd but Devstar dropping a ‘Last Night A DJ Saved My Life’ remix certainly didn’t.

Understandably one of the things missing from Abode in the Park was a bit of glitz and glamour, yes there was plenty of standard glittery face paint, but I guess the mud had put a dampener on a few outfits. Not Lee Foss, who was resplendent in a silver sequinned vest for his set on the Nothing Else Matters stage. His mixing was as loose as his vest, but the crowd (and Lee) couldn’t give a toss, they were all having a lovely time. 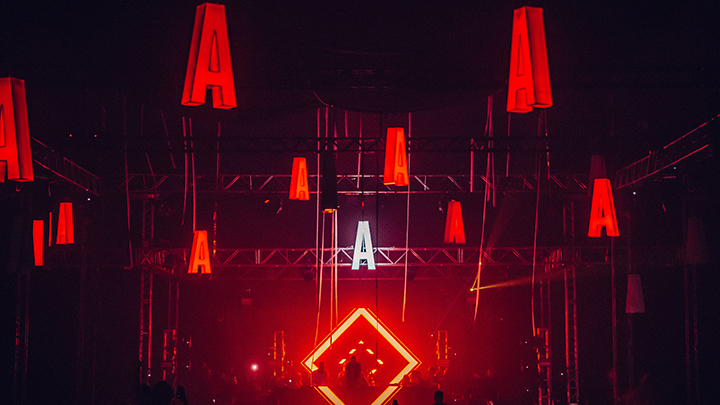 There was still time to catch Nathan Barato (I say that, it could’ve been my Mum, it was that dark) in the Warehouse, dropping the Sagat ‘Fuk Dat’ acapella over a low slung instrumental. Out to the guy I spoke to in there with an ice cream that told me he’d spent £50 on Mr Whippy whilst being in a bit of a pickle and then telling me he was totally lying and that was his first ice cream. Silly me for believing him.

After the ice cream banter, it was back to the Love Juice tent to catch Sammy Porter. Definitely a star on the rise who was keeping the crowd on their toes weaving through plenty of vocal bangers, but getting the best reaction from Fisher’s massive ‘Losing It’ with an R&B acapella weaving in and out followed by the sublime Franky Rizardo remix of ‘Marian Hill’. 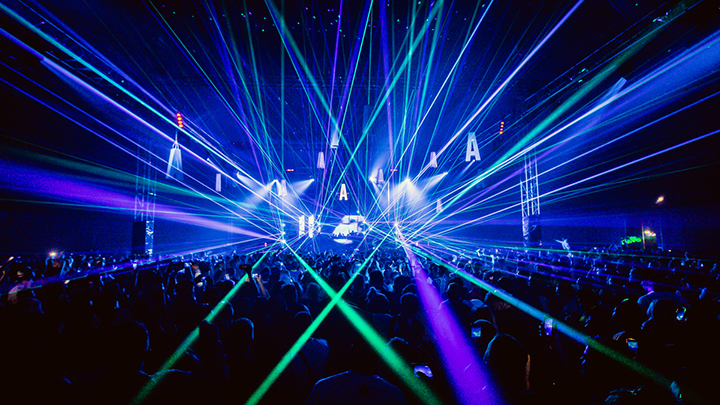 As the festival was full to the brim now, we thought it’d be rude to not make use of the AAA bands for the first time of the day and we went to lurk backstage whilst Danny Howard was due to be doing his thing. Plot twist. Danny Howard plus a surprise dose of not only MK but also DANCE from Armine Edge and Dance too. MK dropped what I can only assume was his own remix of ‘Cola’ to the loudest crowd I’d heard all day, which was then topped when he dropped ’17’ before we snuck out to go catch Groove Armada in the Abode tent to round off our day at Abode in the Park.

Although the weather had threatened to dampen the spirits, the show went on and from what I witnessed, it was another big, but only ever so slightly muddy success for the Abode family.