With the mammoth Easter weekend approaching rapidly we pick our Top 15 London parties to give those still looking for something to do & some ideas to get down and party over the four day weekend. For those already attending one of them we tip our hat and wish you Happy Easter raving.

We kick off the Thursday night fun with the mighty Carl Cox and his Intec Records at Fabric.  Carl is joined by Monika Kruse, Marco Bailey (check out his recent Data Transmission Podcast), Intec Records label boss Jon Rundell and the very popular Harvey McKay.  With limited chances to catch Carl in London this surely is a must for anyone.

Jackmaster‘s Tweak-A-Holic party was one of the highlights of his residency with XOYO last year and perfectly personifies his approach to DJing; namely, to have as much fun as possible. His Tweak-A-Holic mixtapes are also an excellent reference point for an insight into his love of the 80s era of the dance spectrum, covering all bases from r’n’b, boogie, disco, funk and house. All in all, it’s the perfect way to soundtrack the start of your Easter holiday.

The guys at Troupe launch their new series ‘The Imaginarium’, which promises to take things beyond your imagination, through your deepest emotions and into the extraordinary, we present the finest performers from around the globe to perform the dreams at unique locations and with an enthralling focus on the full plethora of aesthetics.

First up they take on the Easter Thursday at Electric Brixton with an impressive line-up including  John Talabot, Roman Flügel, Capulet feat very special guest, Fold and more…

For those lucky enough to get tickets to see the Brand New Wilkinson live show you are in for a treat as we hear he’s been locked away in a deep dark studio perfecting the show for all that will be attending Electric Brixton on Good Friday. This new live concept will increase the trademark intensity of Wilkinson’s DJ sets, resulting in an impassioned atmosphere to affirm his place amongst the drum and bass elite.

Tickets are all Sold Out.

Key of Life with Coyu (Suara) – Mets – Lola at Lightbox

The weekly Friday night at Lightbox is growing from strength to strength with an electric atmosphere and a quality crowed thats attend for one simple reason: good underground house music! Every week Key of Life bring you cutting edge acts from all over the world and with Suara boss Coyu making his second appearance at Key it looks set to be a Good Friday indeed.

Tickets are still up for grabs!

Dance Tunnel happy to welcome back two of their favourites to Dance Tunnel on Good Friday. The guys behind the excellent Potion label i.e the excellent Prosumer and Murat Tepeli will be joining them for the entire evening, and they’ll be going a bit later than normal for this one as well by going till 4am.

Having destroyed the world’s most esteemed nightclubs and festivals in recent years, there are very few artists residing within underground circles as beloved as Maceo Plex. Now recognized as one of the most respected and accomplished artists of his generation, the Miami native returns to the Capital on Saturday 4th April for an exclusive showcase of his outstanding imprint.

Maceo’s last appearance in London witnessed him host an arena at South West Four, where he closed his 7000 capacity stage with a masterclass performance. He will follow this up on Easter Saturday with another rare appearance, joined by Danny Daze, Shall Ocin and Gardens Of God in the main room at Electric Brixton.

Love LDN are hosting their first Warehouse Party of the year at the famous ICAN studios in East London on Easter Saturday. This time they have gone big on the headliners with a massive line-up!  DJ-Jedi-Super Human-all round nice guy the insanely brilliant James Zabiela heads up the bill, for those who ever never seen one of his shows before, have you been living under a rock before?  He’s joined by the always impressive Dirtybird Justin Martin, Ambivalent, DT faves No Artificial Colours & Pedestrian for party to leave even the Easter Bunny with a warm feeling inside.

Eats Everything presents another exciting addition to his ever-growing Edible project entitled ‘Edible Pets’. Dan joins forces with long-term collaborators and close friends Catz ’N Dogz to curate a series of exclusive gigs around the world.  Stopping off in London on the 4th April at East London’s Studio Spaces, hosted by The Hydra, Eats Everything and Catz ’N Dogz.

Kitsune brings to you once again its renowned annual, one of a kind, Easter Bank Holiday Party on Saturday 4th April at Village Underground.

Teaming up with their long term London partners and party starters Magic and Medicine, they have hand picked,  a dance your sock’s off line up features the world wide legends and French house maestros DJ Falcon and Alan Braxe making an extremely rare appearance together just for this occasion. Added to the mix are Waifs & Strays and Kry Wolf who continue to be at the forefront of the vibrant and influential UK House sound.

Limited £10/ 12.50 Tickets are on sale now from Resident Advisor

Bedrock make an epic return to Heaven for the first time in seven years, is an exciting end of the Easter fun for all of us at Data Transmission (we missed a lot of previous Fridays at work due to still being in Heaven in the past, these parties get wild). On Easter Sunday 5th April 2015, John Digweed will be joined by Danny Howells, Will Saul, jozif, Luke Solomon and more.

For those that got a ticket strap in and hold tight for a monster party in an amazing venue.

Groove Odyssey returns to London with a series launch on Easter Bank Holiday Sunday 5th April at Ministry of Sound.

Headlining the event will be the Nuyorican Soul man, Louie Vega, with residents Bobby & Steve joined by CJ Mackintosh, Atjazz, Phil Asher, DJ Bigger and more. Louie Vega has crafted some of the most innovative singles in dance music history, ‘The Nervous Track’, ‘It’s Alright (I Feel It)’ and ‘I Can’t Get No Sleep’, as well as revitalising the careers of legends Roy Ayers, George Benson and Tito Puente as Masters At Work with Kenny ‘Dope’ Gonzalez. He defiantly mixes everything he can find – house, hip-hop, funk, disco, Latin, African and jazz – into a universal groove.

Joining Louie in The Box is the UK’s premier producer and DJ, Atjazz, known for original albums ‘That Something’, ‘Labfunk’ and ‘Labresults’. A prolific remixer, Atjazz has reworked songs for artists such as Zed Bias, Jazzanova, Bob Sinclar, Nitin Sawhney & Omar, and continues to run his Atjazz label. GO residents Bobby & Steve are also on the decks in main room.

The Nest are proud to welcome, one of the most vibrant duos in modern clubbing and the creators of the 15 minute masterpiece that is ‘Time’ and a classic remix of John Talabot’s ‘When The Past Was Present’ in the Pachanga Boys. The video of them playing their biggest track at sunrise at Burning Man in 2013 has become YouTube history now just imagine it in a Dalston basement…

For their annual Dimensions Festival Launch Party, The Hydra have put together a diverse program of their favourite selectors, mirroring the breadth and quality of the festival itself!

And finally just announced via Four Tet’s Twitter page earlier this weekend that he will be joined on Sunday 5th April by Skrillex for a one-off show.

Eat Your Own Ears are putting on the show, which will take place at Underworld in Camden Town. This super small and exclusive show isn’t the first time that Skrillex has worked with the London promoter on a short notice gig. Whilst scheduled to play several dates across Europe for a series of festivals this is the only time you will see him in London ahead of his summer headline performance at South West Four Sunday,

You have to register for your chance to buy tickets to the Underworld show, which you can do here.

And to get you around we have a special Uber Taxi offer below: 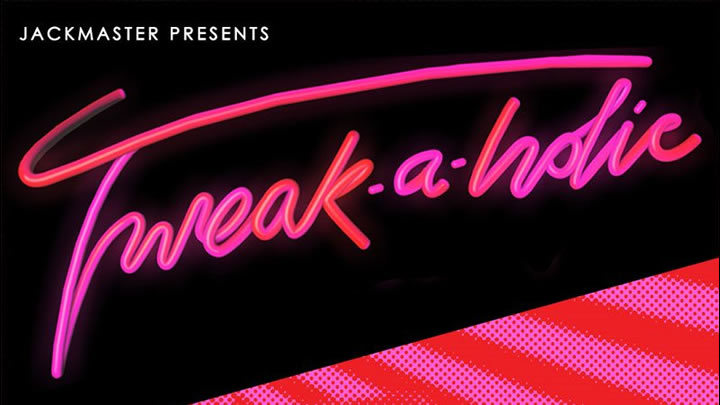