Whether through an explosive, concise live performance or a vibrant DJ set, Stephan Hinz is a master at the controls and an orchestral raconteur of the highest caliber. His name while remaining fairly enigmatic has been associated with the biggest and brightest underground DJs today.

In early 2014 he joined Pan-Pot’s prestigious new Second State label and put out ‘Doch’, one of the biggest tracks of the year which truly catapulted him from DJ’s favourite to the discerning clubber’s choice. This followed releases on esteemed labels such as Adam Beyer’s Drumcode and Carl Cox’s Intec.  Now Stephan steps out of the shadows to unveil his creative vision as a unique and powerful musical storyteller and a new EP on Second State to boot called ‘Venom EP’.  To celebrate this release, we asked him to pick us his Big 5 records of the moment.

1. Douglas Dare – New York (Erased Tapes)
The voice of Douglas Dare is certainly one of the most elegant ones I’ve ever heard so far. He paints a picture that like one of Tim Burton’s pencil drawings seems to come to life in a second. Melancholic, big, Björk-ish confusing and still stunningly beautiful. Been a fan of Erased Tapes for so many years now and they never disappoint.

2. Olafur Arnalds – Öldurot ft. Sinfonianord & Atli Örvarsson
For me, Olafur Arnalds is one of the most interesting composers at the moment, maybe the most important one of the neoclassical movement. Most of the time he combines electronic instruments with classic instruments in such a brilliant way that both worlds just flow naturally together.
Some day I’d like to move to Iceland for some time to write music there. I’d really like to see what kind of influences it would have on my music. I always liked that highly melancholic mood and the heaviness of artists like Sigur Ros, Björk…this music finds places in me that I sometimes haven’t seen before.

3. Audion – Gut Man Cometh (Matthew Herbert’s Feel Right Dub)
Matthew Herbert once recorded a drum set at high speed in his car because he wanted to see how the sound changes when the drummer has to play at considerable personal risk 😀 Matthew Herbert never fails to impress me with his creative approaches and ideas and the same goes for his remix of Audion’s „Gut Man Cometh“. Love the work he did with the vocals.

4. Nathan Fake – Thanks
Over the last weeks, Nathan Fake uploaded a lot of new tracks to his Soundcloud. I just discovered it by accident and I’m not sure if it’s meant as an album, but it definitely could. For me, Nathan is a constant source of inspiration since I first listened to „Outhouse“ back in 2003. He always impressed me with how much ease and self-evidence he approaches his music and how grown up his sound already was with his first release. And he taught me that (highly recommending his Producer Masterclass for Future Music on YT), tools don’t compensate a lack of creativity. Just listen to „Thanks“ with its almost children’s song-like melody combined with highly sophisticated drum programming that completely balances out the naivety of the melodic material and make the track to something special.

5. Stephan Hinz – Venom (Second State)
The title track of my latest EP on Second State. Actually most of the time writing music comes easily to me, but not with this one. At the end of last year I wrote the music for a feature movie and after that I really had a hard time trying to write club music for some weeks. For the movie I had to come up with a strong concept that was able to carry the movie over two hours time. That was really fun and I tried to approach my club music somehow the same and it didn’t work for me. I can’t really tell why, but most of the times my electronic music is more like a snapshot. It’s all about a moment, a feeling and bringing this very feeling to life; highly intuitive and not really with a bigger story behind it. This will probably change with an album format, but at the moment with my EPs I just want to smash the dance floor and give you a somehow diverse selection of tracks. And I’m very happy that Venom is doing exactly this. 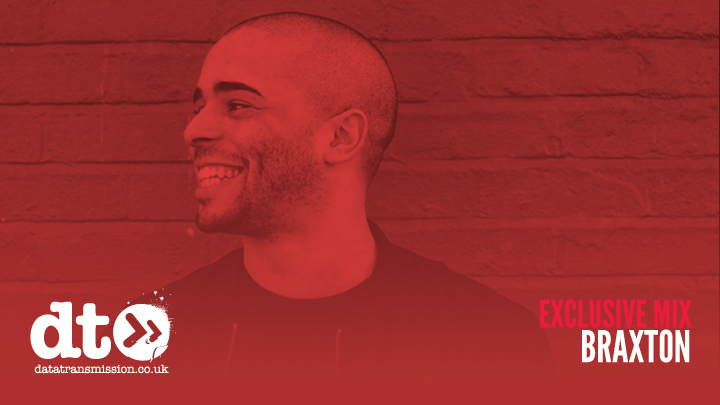