In Conversation with… Oxia

Today if you are in the know in the world of House and Techno then you would of certainly heard of Oxia. Born in France, Oxia developed a love for the sounds of Funk and Soul, as the sounds evolved and transformed to House and Disco so did Oxia, the early 90s were the years in which Oxia gained a residency in his hometown of Grenoble and he started to make headway in the dance music world. Today Oxia still remains as relevant as always and regularly causes a frenzy in some of Europe’s biggest parties, Marco Carola’s infamous Music On just to name a few. With his label Diversions Music becoming a familiar name and a continuous busy touring schedule, be sure to keep an eye on one of dance music’s most consistent talents.

We at Data transmission were fortunate enough to catch a few minutes out of Oxia’s busy schedule to discuss his label Diversions Music, his musical influence and much much more stay tuned.

Hi there thanks for taking the time to speak to us as Data Transmission. I would firstly like to start with your label Diversions, which was started by yourself and Nicolas Masseyeff.  Can you explain how it came about and the particular message that you are trying to create?

Oxia – “One of the main reasons we wanted to create our own label was because it took such a long time for music to be released. We always had to meet the terms of the label, well we wanted to release on our terms and create our own platform. In terms of message or label concept we are quite open minded, we don’t want to stick to a particular style or genre. We both like different styles: from melodic to groovy.  We are open to anything as long as it catches our attention.”

Can you discuss your relationship with Nicolas Masseyeff and how you two first met?
Oxia – “Well we have been friends for a very long time I think 20 years”

Wow!! That is a long time indeed.
Oxia – “I know right!! The friendship happened very naturally, I met him in 1996 in the south of France, and Nicolas invited me to play at one of his parties in his hometown. Only few people know this but Nicholas had one of the best record shops in France. I then started to play more regularly at his parties and turned out to play together regularly. It just clicked and we got on very well and shared similar interests. We have remained friends ever since”

I always find it interesting what a label is actually looking for as a Label owner yourself what is it that you are looking for in particular when releasing music?  A particular sound/vibe?
“Oxia – “Well firstly myself and Nicolas both have to like the music, it has to catch our attention. We have to like the spirit of the person and be able to develop a good working relationship. Obviously the music must touch us but so does the artists personality. The two should be linked together. We should be able to see the artist’s personality in the music.”

Your track Domino is considered an Ibiza classic? Did this help you break into the limelight? Are there any other defining moments that you could discuss?
Oxia – “It is always good to make a classic track, but it’s not always good to be associated with one track, you do not want that defining your career. In terms of defining moments I would have to say the release of my second album, I had a lot of positive press feedback and the album was very different to my previous releases.”

How has the Internet impacted your label? Has it made it easier for discovery/collaboration, or have you found it an issue with regards to label activities?
Oxia – “There are advantages and disadvantages, as with everything.  You can reach a lot more people nowadays which is obviously positive but at the same time people can also easily pirate your music, spread it illegally.  In one sense that is not ok but on the other it will also have more people get to know you and maybe come out and watch you when you play in a club nearby. It’s very double.”

Can you talk us through your early influences? What got you interested in dance music in the first place?
Oxia – “I was firstly a massive fan of black music, in particular Funk. I had my own radio show where I played this sound together with Soul and Disco. You can say I was influenced by the music coming from the 70-ies and mainly 80-ies. Early House crossed over from Disco and Funk and I was introduced to all the genres that came from those music styles. I am quite open in terms of influences and preferences. I was also a massive fan of Depeche Mode, The Cure and Radiohead and I also listen to Jazz and Classical music, I guess I took influence from multiple genres but my first love was Funk.”

Can you recall the moment in which you knew that you could make a living making dance music?
Oxia – “Music has always been my passion. I never envisioned being able to make a living out of it.  Even though I already had a residency in 93 this wasn’t enough to survive.  It was only when I started to play the first foreign gigs and dates all around France, by 97, I decided to focus solely on music and I was able to actually live from music, even though in the first years it sure wasn’t always easy.”

I would like to discuss the French scene it is obvious that the French scene is a major heavyweight in the dance music world. Can you discuss the scene and some of your favorite venues?
Oxia – “There have always been a lot of good French artists but for many years they actually played more abroad as in France itself.  In the big cities we have a healthy club life: Paris with Rex (where I also have a residency), Concrete, ZigZag, Showcase, amongst many others; Lyon, Bordeaux, and so on. Since a few years we also have some good festivals dedicated to or incorporating electronic music and there are a lot of off-location events especially in the smaller cities.”

So what are you up to in the coming months? Any gigs, releases, new projects?
Oxia – “I just released “Secret Point” EP on my newly launched label DIVERSIONS MUSIC.  There is another project coming up but it’s too early to go into detail. I am currently touring N&S America, playing US, Canada, Mexico, Peru, and Uruguay. Afterwards I return for a busy end of the year schedule in Europe.”

Are there any artists that you are tipping for great things in the future that we should know about?
Oxia – “There are so many to say but those that spring to mind are &ME who are brilliant, KiNK who is so good at the moment and Nicolas Masseyeff who is right here (Laughs)”

I always like to finish interviews like this, because it is such a hard question but can you tell us your three most defining tunes or artists that have shaped you as an artist.
Oxia – “Specific tunes is too hard can I say artists would that work?”

Certainly
Oxia – “Ok I will have to go with Michael Jackson, Prince and Radiohead in the late 90s.”

Wow that is some choices!!!!
Oxia Laughs

Well thank you for this interview and taking the time to speak to us at DT and providing us with an insight, good luck for the future and hope to catch you playing soon. 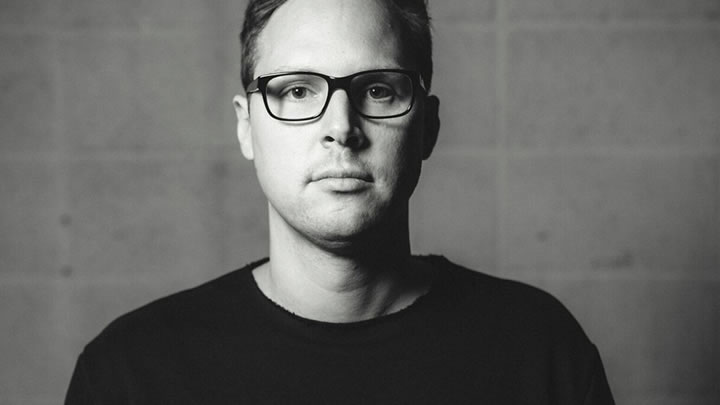