Rudimental: “We’re not zoned into one type of dance category”

Having recently unleashed their second album ‘We The Generation’ on a very much expectant public, it’s easy to forget just how  have been a revolutionary an act Rudimental have been in bridging the gap between mainstream commercialized music and certain aspects of the underground. They started out as an English drum and bass band and quickly evolved their sound into something more diverse and eclectic, incorporating live instruments such as guitar, saxophone, and live percussion into their sets. In 2012, they topped the UK single charts with ‘Feel The Love’ and went on to be nominated and win multiple awards in 2013.

Piers Agget, Kesi Dryden and Leon Rolle originally met as kids having grown up on the same street. In 2011, they released their first single and then later approached Amir Amor to join the group resulting in the release of their debut singles and their debut studio album ‘Home’ in April of 2013. A world tour ensued allowing them to visit Europe, Australia, and the USA in both that year and the next and now in 2015 they come forth with their sophomore album ‘We the Generation’ along.

We embarked on a bit of a journey to speak with Rudimental during the chaotic Tomorrowworld on Sunday and were taken backstage, to the press tent, and eventually to the artist mansion. We then finally caught up with Leon Rolle aka DJ Locksmith  after quick game of Fifa. Here’s how we got on…

So congrats on headlining your stage. I heard that this is Tomorrowworld’s first time having live performers. How did this all come about?

I’m loving the jazz influence in the music. Now I was pretty shocked seeing that you guys teamed up with Ed Sheeran, how did this come about and how is the album and tour doing?

We’ve known Ed for a long while and it was only a matter of time until we collaborated together. He asked us to come tour with him on his American tour – which is huge! He is playing in some amazing venues around America and we always talked about getting in the studio so we ended up getting finally doing it in L.A. It was us, Ed and The Game – we ended up writing like, 4, 5, maybe 6 tracks with those guys. One Direction were downstairs and Ellie Goulding was popping in and out. Johnny Depp was even there with a guitar just messing around – it was a surreal moment. Of that session, we formed our first single ‘Bloodstream’ off of our new album. ‘Bloodstream’ was the end product of all that madness in L.A. Then we knew we wanted to create another track together – we needed to squeeze it in. The new single, ‘Lay it all on me’ with Ed is not what people identify as a typical Rudimental track or identify as a typical Ed Sheeran track – we gave it the best of both worlds. We were also able to get The Game on 4 tracks – hopefully we’ll be able to share them on the next album. He actually wanted them for his album. He’s an amazing rapper. A serious but talented guy.

Sounds glamorous! It’s well known that you guys and Disclosure are good friends. Could you envisage a collaboration between you guys in the future?

You know how these things work – It’s all about solidifying yourself in the game at the minute. People forget sometimes that we’ve only released one album but we’ve been touring for the last 3 years surrounding that album. So it’s important that we get the second album out – not only us but Disclosure as well. We want to show that we’re here for the longevity of the cause and then we can start mixing that up – hopefully we can together get in the studio one day. It’s all about timing on these things – it’s not that we don’t want to, it’s just all about the right timing. We have to show that we are consistently able to create good music – good music with soul and positivity.

We can only imagine how difficult it must be to find time for yourselves with so such much time devoted to touring and working on new material. Do you get much free time these days?

Free time has been few and far between – it’s been crazy! We’ve been on tour for nearly three and a half years now – non-stop! When we get that rare occasion of downtime we like to stay out of the studio. I’ve got family – a loved one – so I spend a lot of time with my son. There is that common case that when you get time off you want to be on tour and when you are on tour you want to have time off. It’s all relevant – we love music and we love being around music. Creating it, producing it writing it, it’s all love.

I saw you indulging in a cheeky game of Fifa earlier. Do you play football as well?

We are big football fans. Some of us used to play semi-professional football back in the UK and we tried to go as far as we possibly can. Music took over and we had to weigh up our options and we went with music. We did get a football earlier and played outside in the mansion – that’s what we do. We usually put a football in our rider – that is our main thing before food, alcohol or anything else!

What other unusual things do you have in your rider?

Our rider is pretty whack to be honest – It’s so mundane. It’s your usual alcohol but we do have an actual football listed in the rider which promoters do have trouble finding from time to time. Especially in America – it’s not your main sport. To find a ‘soccer’ ball is pretty hard for them and they stress about finding it. I don’t understand all the rules about American football or the NFL but it’s a pretty exciting game. The NFL actually came from the rugby in the UK – I’ll whisper that!

We’re big on American football – here in Georgia especially – but soccer is growing in appeal. It’s a bit of a guilty pleasure of mine my buddies don’t quite get… What’s your guilty pleasure?

I don’t have a guilty pleasure because I listen to  good music 100% of the time! [laughs]. I ain’t going to lie, I am a big fan of A17. Google them! They are a really cheesy boy band  but I was a big fan. I guess they’re quite similar to 98 Degrees.

I’ll be sure to look them up. What’s the best gig you’ve played recently and where are you still someday hoping to play?

I believe the first electronic act that played at Madison Square Garden was LCD Soundsystem and then it was Daft Punk then Swedish House Mafia after that.

It’s mad because I see them as DJ acts. Especially Swedish House Mafia and Daft Punk – I know we’re considered a dance act but at the same time we fuse that together with live instrumentation. If we wanted to we could play rock on the spot, we can play soul music on the spot, or we can mix it up completely – we’re not zoned into one type of dance category. That’s what’s good about Rudimental. 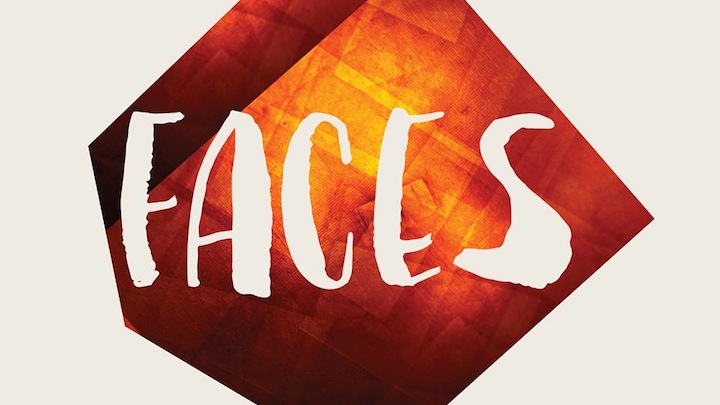