ABODE has become more than a party & for those that didn’t read our previous review, what a party!  It has become a family and aside from witnessed such amazing times on the terrace with international DJ’s and local talent working side by side.  The Family ABODE is not just about the DJ’s – it’s about every single one of people that attends and contributes to making ABODE what it is.

In November 2014, a father of a regular Abode goer called Bill was diagnosed with a brain tumour. Since receiving this awful news the whole world has changed for him and his family. The tumour has paralysed him down his left side and resulted in him needing a wheelchair. Bill’s daughter Courtney, who has supported every ABODE party for the last year, has decided to raise money for Macmillan Cancer Support.  Courtney is running the Virgin London Marathon 2016, for Macmillan Cancer Support and will be running 26 miles and has pledged to raise £4000 for the charity separate from the money Abode are donating.  Also Abode will be donating 100% of profits direct to McMillan Cancer Research and also buying a Top of the Range motor vehicle specially adapted for a wheelchair for Bill and his family to help improve his quality of life on a day to day to basis.

So on Sunday the 29th November, Studio338 will open its doors for 2,000 for ABODE PRESENTS: DANCE FOR BILL, the event has now Sold out as per and they have started releasing bits of the surprise guests below! 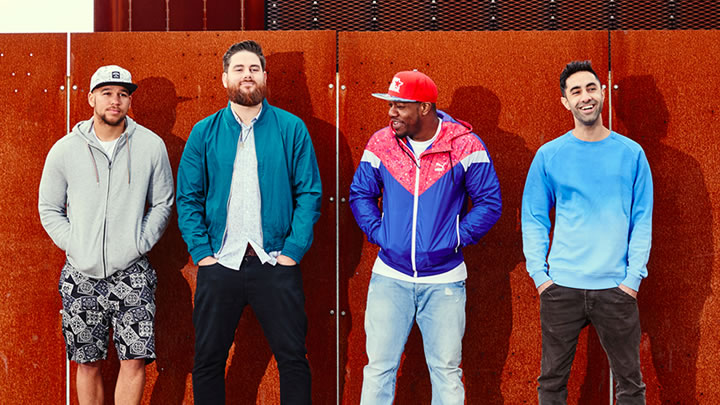 Rudimental: “We’re not zoned into one type of dance category”
Richard Coulson November 20, 2015