It’s that time of the year again; Manchester’s iconic Warehouse Project has once again opened its doors and out has exploded a whole host of incredible nights leading us all the way through to 2017.

For the uninitiated, Warehouse Project was first opened back in 2006, where they hosted the first parties in the depths of subterranean Manchester. Whatever the genre, there is a very high chance your favourite DJ has played there at some point in its decade-long history; whether it was Carl Craig, Roni Size or Pearson Sound the response from the clubbers is always the same.  This is a club to be reckoned with.

In recent years, Warehouse Project has moved back to its self-confessed “spiritual home” underneath of Piccadilly train station in what used to be an air raid shelter in the war.  Walking past the venue at a normal time in the week you be hard pressed to notice it against the rough exterior; however come Friday afternoon, sound checks begin, roads are blocked off and unless you’re wanting your breath taken away by its sheer magnitude, it’s best to stay well clear.

And it was on one of these faithful Friday nights we decided to head to Warehouse Project; for its Grand Opening.

Arriving at the venue early (queues used to be notoriously long) as to not get stuck out in Manchester’s sideways rain it was relatively quiet in the venue, this gave us a prime chance to take in the venue and my is it huge.  The first thing you’ll notice though is the sound.  There’s clearly something in putting nightclubs under bridges; sound resonates off every surface and carries uninterrupted right to the back of the room, meaning that wherever you’re stood you get the full effects of the amazing sound system.

Once we’d acquainted ourselves with the range of drinks on offer at the bar we made our way back to the main room where Madam X was in full force.  Having set up two record labels in the last few years to great success, she is increasingly becoming a household name due to her incredulous style in which she manages to bring together everything from techno to grime, new to old and everything in between.

Following up on Madam X was yet another rising star. Grime MC Novelist has been doing the rounds since he grew to fame a few years back.  Collaborating with heavyweight artists such as Skepta and Chase and Status, he’s quickly become the face of grime for the first generation of ‘grime kids.’ And has he done gracefully, he commanded the stage with ease and the crowd grew quickly once his performance started.

It was at this point we decided to have a wander around the venue and ended up in room three, which had been taken over by NTS Radio.

We switched between Gang Fatale and room two which was playing host to the Now Wave DJs who were serving up a fresh dose of house bangers, and despite being in one of the smaller rooms the vibe was exceptional.

Moving back into room two we were graced by Local Action’s Finn.  After a number of strong releases on the label Finn has been a familiar face in the scene and tonight he proved why.  With an eclectic mash-up of Grime and Garage he kept the crowd moving throughout; with my particular highlight being when he dropped the seminal track Taboo by Glamma Kid & Shola Ama.

Passing through room two on our way to the main room we caught a glimpse of Jungle’s DJ set.  Sticking to their usual vibe I was suitably impressed to hear tracks from the likes of Flying Lotus and J Dilla.

Hitting up the main room when we got there was MIA. Fresh off printing press Maya was keen to show off her new album AIM.  Showing the crowd tracks such as her collaboration with Sonny Moore (Skrillex) ‘Go Off” which got the crowd jumping just in time for the man, the myth, the legend; David Rodigan MBE to hit the stage.

Gracing us with his unbeatable presence David ran the crowd through a reggae infused history tour playing everything from Incredible by M Beat and General Levy, to more recent hits such as his own dubplate of Work by Rihanna and Drake.  Anyone who has ever seen this man play will understand how he works the crowd, and once again excelled.  Maintaining a strong track record with me at the very least.

After hearing the end of his set we moved back into the NTS Radio room to catch the end of Endgame’s set. Following suit with the team who played so well before him we were entranced by his selection.  Whether it was the rhythmic snares or the booze, it kept us dancing till the night played out. 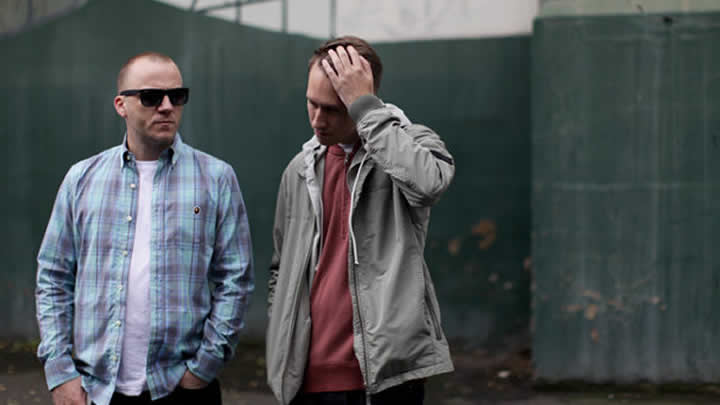