On paper, Sunfall appears deeply ambitious. A varied music policy – one which focuses on creative integrity and shies away from commerciality. Noise limitations: the scourge of UK festival goers. The sound levels are under increased scrutiny being that this is an inner-city festival. The organisers have addressed this much-debated issue head-on. All tents are walled, with as few open panels as needed to “insulate” the sound. Sound experts have been drafted in specifically to enhance the levels where it’s needed, and – equally importantly – to ensure little escapes. No less than eight official afterparties – and therefore 9 different ticket types – adding operational & logistical challenges.

We step off the train and make the short walk towards Brockwell Park, guided by the reverberations of the music. We are greeted by a colossal queue, but everybody appears in high spirits. Eventually, we enter the festival grounds and immediately decide to take a mooch and familiarize with the layout.

Our first port of call is the North Stage which is filling up nicely. Hunee is highly animated behind the decks, throwing down disco vocals over a beefy, heavy beat. The vine-esque lighting behind him illuminates his distinctive features. We duck into the West Stage where Ryan Elliott is giving a lesson in all things Detroit. Next a detour to the bar. To our surprise, they accept good, hard cash! No tokens here. Hallelujah! The Sterling may have weakened in recent weeks, but it is worth far more in my pocket than some paper substitute.

It’s the little details like this which immediately sets Sunfall apart. Stage production is used sparingly, but effectively. The food vendors on offer have also been carefully selected. It’s a fine line to tread between quirky, indie retailer and pretentious hipster fodder. But Sunfall manages to get the balance just so. The organisers boast commitment to sustainability and environmental responsibility. Far from being a gimmick, this is an ethos that the attendees subscribe to, utilising the many recycling points and keeping the park litter-free throughout. Very refreshing in contrast to the kind of wreckage typically seen at these events. The independent record fair. The discussions corner. It all comes together in perfect synergy. What is very apparent is that this is a festival aimed squarely at music aficionados. Not for those who follow the crowd, or jump from one hot trend to the next.

Over on the mainstage Kamasi Washington and his band are delivering a virtuoso jazz masterclass. The scene is quintessentially British. It’s hard to imagine such an eccentric array of people congregating to enjoy music in the sun anywhere else. Kamasi’s vocalist brings their set to an end, and the enigmatic frontman applauds each of his support. After a brief interlude Kenny Dixon Jnr. takes centre stage sans fanfare. Adorned in a black fishnet mask obscuring his face, he is reminiscent of a beekeeper. Moodymann starts us off with disco cuts and classic soul, before moving into more familiar territory. The warm vocals of Damian Lazarus’ smash ‘Vermillion’ lifts the crowd. It is unclear whether the 2 girls dancing behind either side of Moodymann are professional dancers or merely members of his entourage. The deliberate ambiguity is not lost on us. Dressed in similar denim gowns, donning shades and sporting hair which channels Nicole Moudaber, they radiate coolness. Although it goes without saying Moodymann himself just edges them out.

We head to the West Stage where Mind Against are in the midst of laying on a euphoric set which showcases their trademark melodic tech sound. Mesmerized by the psychedelic tones, the occupancy of the tent easily doubles; party-goers flocking to see the duo in action. The crowd is lost in the music as their set reaches an enthralling crescendo. A personal highlight of the day draws to a premature end.

We catch a moment’s breath as Germany’s Ben Klock takes the helm. Any lingering disappointment is instantly quashed as Klock wastes no time in upping the ante – delving into harder techno realms. We only grace the opening half-hour of his set, but such is his prowess behind the decks, his twisted, intergalactic sound transports us to another plane of reality where the space-time continuum is broken.

Suddenly it’s a quick dash to the opposite end of the park as we realise that Jamie XX’s headline main stage performance is imminent! We’re still only halfway and already breathless when we hear the intro of ‘Gosh’ ring out across the park, giving us a second burst of energy. Jamie navigates genres effortlessly, beginning downtempo with an emphasis on afro vocals. The mood is fairly mellow, nonetheless, Jamie has the audience captivated. Out of nowhere he drops Kyla’s original ‘Do You Mind’ which get the crowd both dancing and singing along alike. Kamasi Washington stands amidst the revellers, enjoying the performance largely incognito. It seems bizarre given his striking appearance, flamboyant attire and given that he was onstage just a few hours ago, yet he is seemingly seldom recognised. Or maybe everybody is transfixed under Jamie’s spell. He transitions to a faster, dancey pace. Brockwell Park erupts as he drops Oxia ‘Domino’, before a welcomed reprisal of ‘Gosh’.

Any criticisms which can be levelled at the organisers – and they are trivial, and few – can be attributed to little more than teething problems. As dusk settles in our capital, and darkness begins to take hold it is clear that the inaugural Sunfall can be hailed as nothing but a success. In a city that is fast reaching tipping point with a saturation of carbon-copy one-dayers, Sunfall is refreshing in its originality, and a welcome addition to London’s summer programming. We are most certainly looking forward to how Sunfall evolves for future additions.

We reach Herne Hill station. Day has ended and Night has fallen. We contemplate heading home. But then why would we? Sunfall Afterdark is calling us… 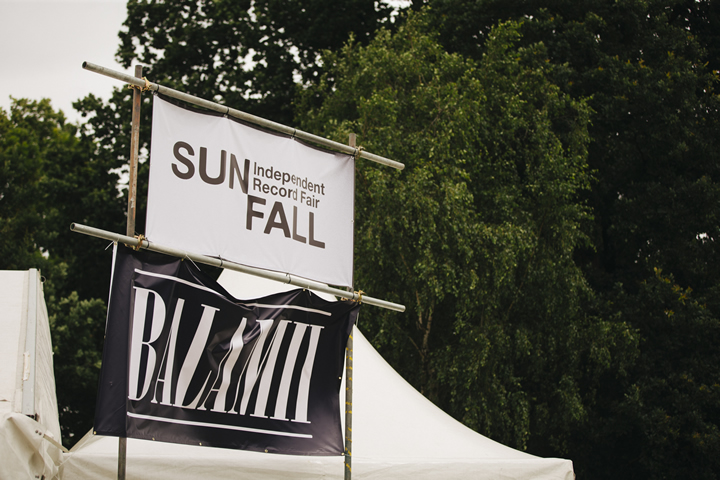 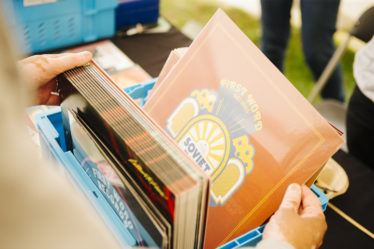 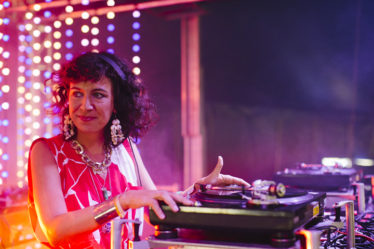 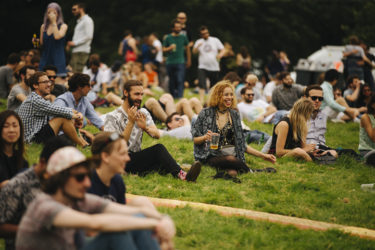 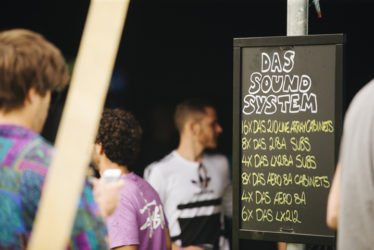 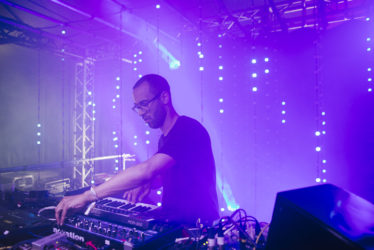 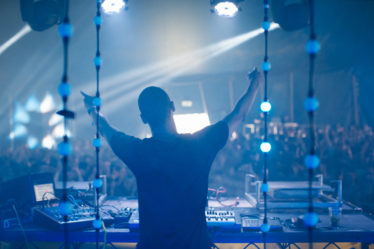 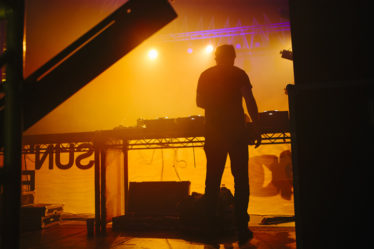 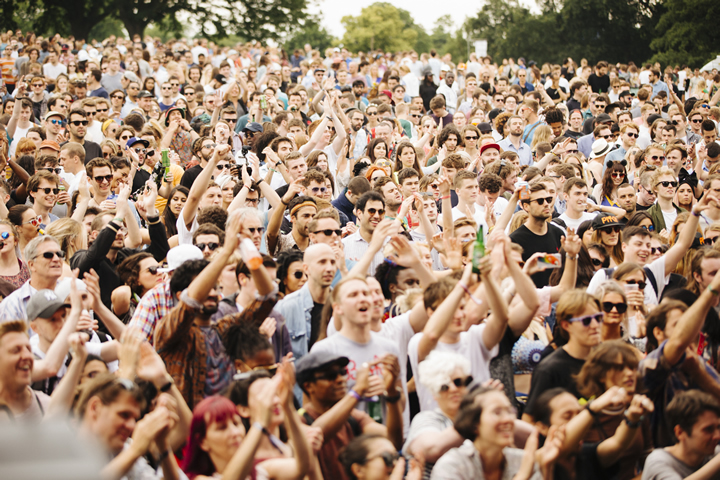 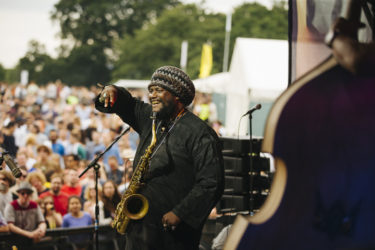 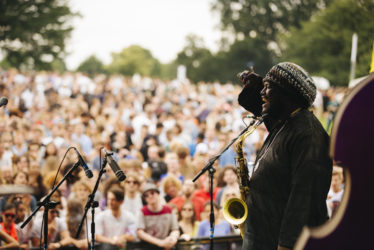 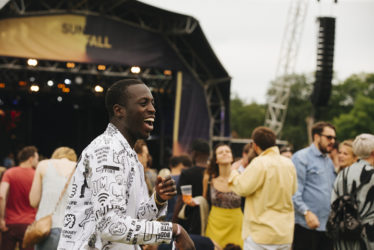 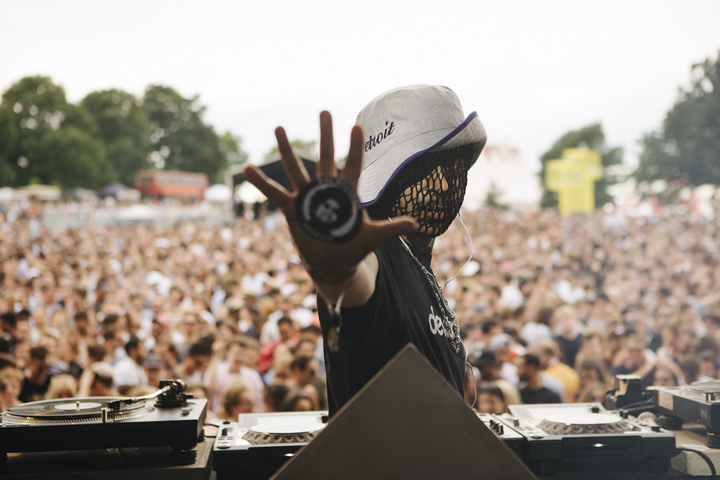 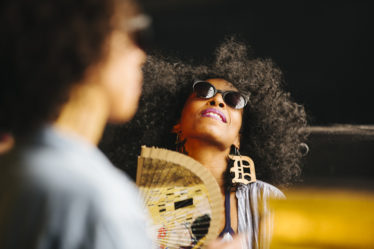 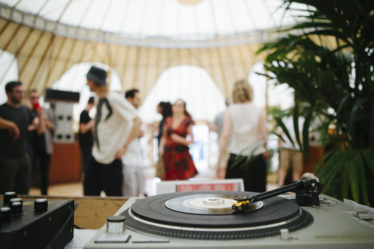 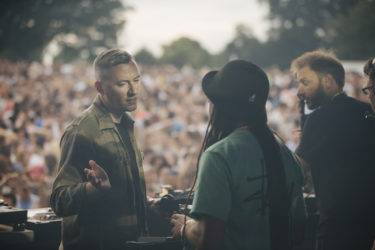 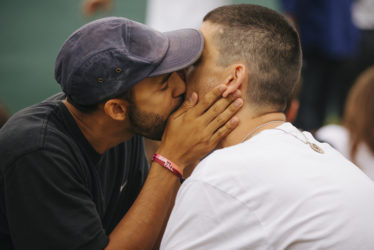 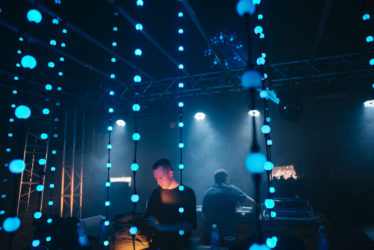 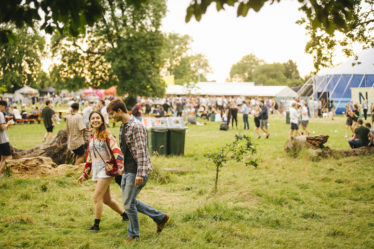 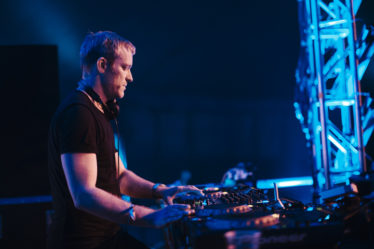 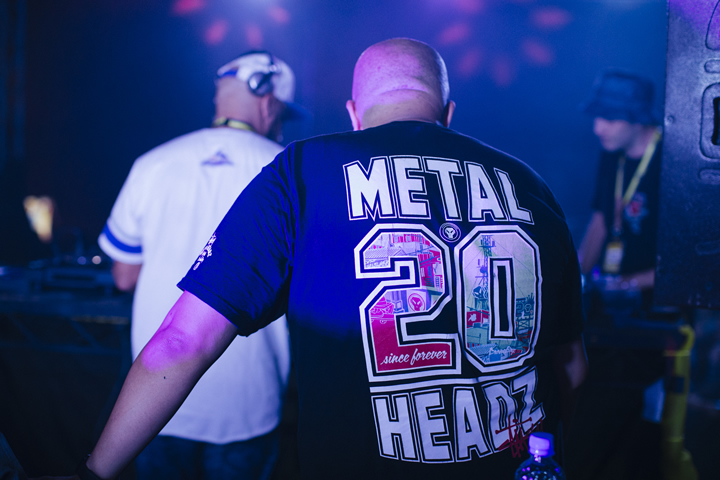 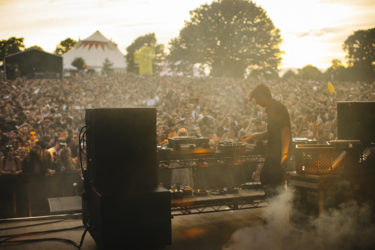 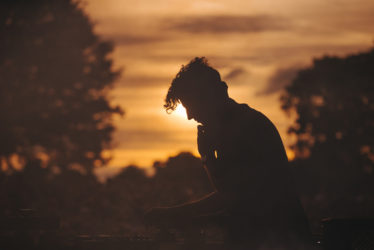 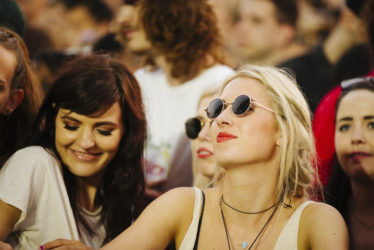 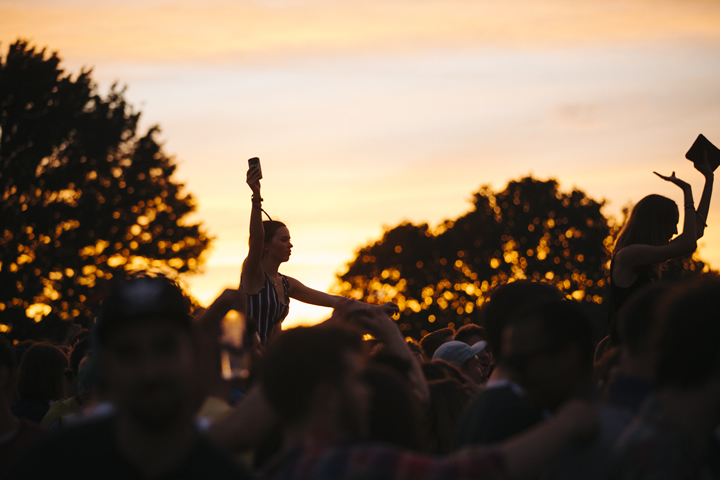 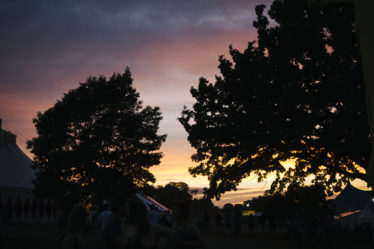 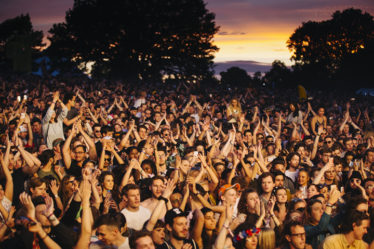 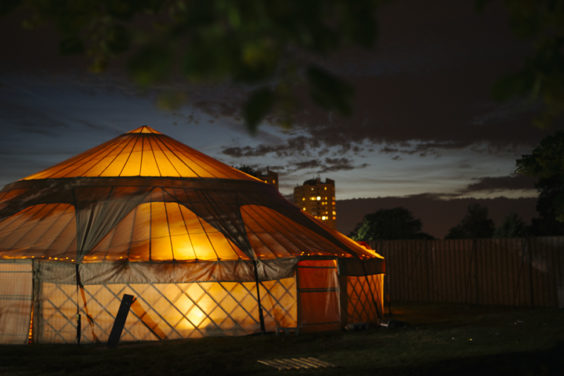 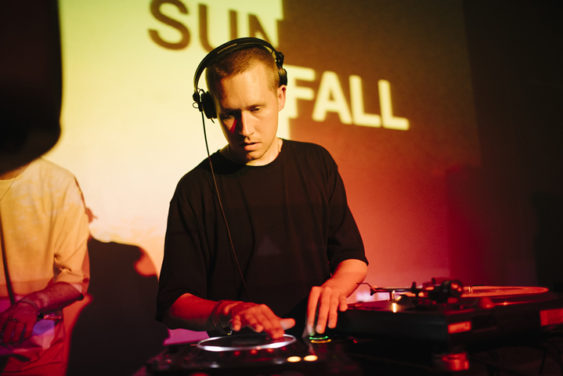 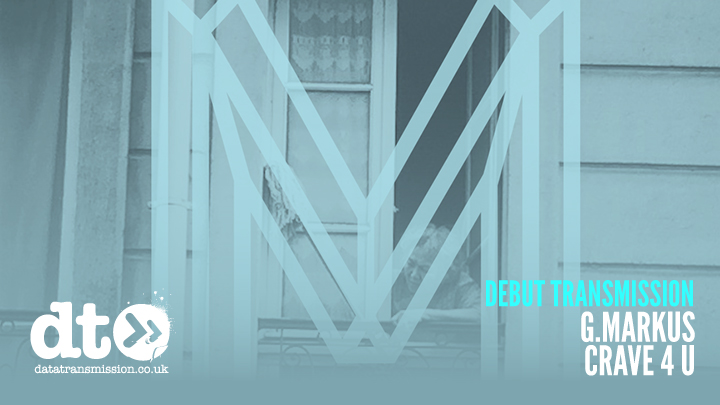