Reviewed: Hospitality In The Park 2016

London’s newest drum n bass festival had its debut in North London on the last sunny Saturday in September. On September 24th 2016; 10,000 ravers took over Finsbury Park for Hospitality in The Park. Drum & Bass heaven? Or potentially; a chav filled cheese fest of aggressive mosh pits and charged teenagers?

As seasoned ravers, we were really hoping the vibe of the festival would nod back to the days when Hospitality was homed at the Charing Cross night club Heaven, which it moved to after outgrowing it’s first home; Herbal. Way back when, Hospitality were really cementing their positive rave environment, nothing but good vibes, happy ravers and storming vocal anthems. The latter was originally what drew us to the label and 10 years later was what made us dubious about the credibility of the festival, as well as our place within it. The underlying dark side current in our personal tastes has developed over the years and as the years have passed, our raving needs have changed. So I was sceptical, but nostalgia made us quickly come to our senses. This festival was hosted by arguably the most renowned dnb label & event and who could resist that line up!?

On arrival it didn’t take us long to realise that we would be in great company. Each dnb stereotype was out in full force; The label t-shirt wearer, the old skool raver, the girls with limited edition trainers, all nationalities and all with massive smiles. The music invited you in, as security whisked everyone through to the distance sound of 2004 Hospital classics.

After receiving our obligatory wrist bands and looking at the incredible days programming we quickly headed for our first set of the day… S.P.Y! As we arrived at the Hospital tent we were amazed by the shear capacity of the venue and how many people were already raving their socks off. It was packed and it was only 1pm! The day had barely begun and the blend of classic S.P.Y rollers, mixed with his new material, was spot on. However, we were looking forward to getting down and dirty to a late night set from the Brazilian DJ, but assume this early appearance was because of a booking clash.

After warming up to a nice dose of S.P.Y, we headed straight over to the Soul in Motion X Med School Tent. For us, this was the biggest draw, as the two promotions compiled an A-List of the slickest liquid DJ’s to create a supremely stellar line – up. Now, unfortunately, we could not see the entire cast, however, we did manage to catch the last half an hour of Hospital’s deep roller Anile as he kicked off proceedings with a 2 hour set. Gutted we missed the first hour and half however, but what was next was something pretty special… Liquid’ heavyweights LSB b2b SpectraSoul, which was definitely a happy first for us. The tent heaved with happy faced DnB heads at this point, all hoping to catch two of the scenes most prolific producers drop the old and a lot the new… and they did not disappoint. If you haven’t yet, we seriously suggest to check out SpectraSoul’s new EP Stock Sound and LSB’s beautifully crafted single ‘Missing You’ (feat Tyler Daley & DRS). VIBES VIBES VIBES!

After hearing some liquid loveliness we composed ourselves and had a little look about around Hospitality in The Park. Three stages dedicated to dnb; Hospitality, Rampage and Soul In Motion X Med School. They also had on show a variety of Live acts at the Dub Phizix & Strategy Well Good Do stage, showcasing a variety of genres of DubStep, HipHop & of course DnB. The only other alternatives to the Hospitality’s Drum n bass policy where; a splatter of Hip Hop at The Doctors Orders’ tent, provided by Hospital Co- Founder Chris Goss with the likes of Tim Westwood and Mr Thing or an injection of Dub at the Reggae Roast arena. Not a bad offering at all, but lets be honest, we came for the drum n bass!

The set up was intimate and you could loop the festival in minutes. That is, if you could manage to walk past a sound system without getting dragged in by whichever headliner was rolling out tunes.

The Soul Van was the biggest culprit for this, swaying dedicated ravers off their timetabled path. Nestled in between the food trucks and the lavs and within ear shot of the token booths. The Soul Vent camp was in prime position to turn the ear and their naughty selection had ravers dancing non-stop in the last of the summer sun. Good work lads!

A mention to the food here, hats-off Hospitality! Something for everyone. Vegan Buddah Bowls, jerk chicken and veggie burgers and apparently “the best chicken wings in the world” as claimed by Jenna G and provided by Spit & Roast. They also all accepted cash, which was a welcome change from the token system that was in place throughout the rest of the festival. No one wants to queue twice for a drink.

Talking of drinks, Hospitality had brewed their own lager and IPA for the event, which went down too easily with any of the food on offer. Accompanied with the sweet soundtrack of drum n bass, it made for the perfect setting.

Casting our eye over the festival at this point, we appreciated how interactive everyone was. Strangers communicating and dancing with happiness and ease. No pre-judgment on appearance or age, just the unity of having a love for the same music.

As the sun began to set, “it was time to get serious” exclaimed our fellow raver. So we got another beer and consulted the booklet of set times. It was gonna be tricky, as the quality of line-up at every stage was unmissable! But we were professionals and from that moment on it was a welcome race against the clock!

Fifteen mins of LTJ Bukem, who commanded the eager crowd with his flawless DJ-ing. Then 20 mins of The London Elektricity Big Band, who were absolutely fantastic! The Hospitality tent was filled to the doors, with everyone dancing and singing along with Tony Coleman & The Riot Jazz Brass Band. Hosted by the award winning Jazz singer Liane Carroll, vocalist Emer & our very own Dynamite MC, this was London Elektricity’s first live appearance in 11 years and it did not disappoint. The icing on the cake was London Elektricity’s rendition of One More Time by Daft Punk. The climax of unification came at this very point, with all ravers celebrating, embracing and dancing together.

After some live dnb, we headed over to skank out to DJ Marky, who killed it! (as he always does!) One the most exciting DJ’s that has ever graced the D&B scene with one of the best MC’s. Just as we thought it could not get any better we were treated to Marky & SP:MC serenading the audience over DJ Marky & Bungle Remix of Ghostface Killah – Back Like That. A special moment witnessed by many and one we will not forget.

Before pacing it back to catch the last half of Bailey. For which, we sacrificed State of Mind b2b with Black Sun Empire with Lowqui. But Bailey. My oh my. Standing right at the front with fellow dnb lovers all around, the crowd lost it! He smashed it and looked rightfully chuffed when he stepped off to let Nu:Tone and Logistics take to the decks.

A wonderful programme of dnb was rounded off by the legendary DJ Randall b2b with Uncle Dugs w/ General Levy… I-N-C-R-E-D-I-B-L-E. This was the last set of the night for us. We only managed the last 30min, as we got a bit distracted going to the cocktail bar, taking photos in front of the Hollywood esq’ Hospitality sign, making friends on the chill out bus, chatting dnb and watching people loose their marbles at the fair ground!

As the sweat dripped from the faces of all the satisfied ravers, before the lights came up there was still time for ‘one more tune’. High Contrast finished the day with a clap along in the Hospitality tent with his very own Remind Me. A fitting end, to an incredible day of music.

On reflection, we can appreciate the challenge of putting on a festival for a genre of music that people hold so close to them. If done wrong, those who attended this year would probably never go back. In our opinion, this was not the case at all. Hospitality managed to use their label to capture the essence of the scene – old and new, by incorporating the many personalities of the Drum & Bass genre. Whether you’re are a dnb head or looking for a true representation of the modern day scene, this festival has what you’re looking for.

London’s new annual Drum & Bass festival? We hope so… Only time will tell! 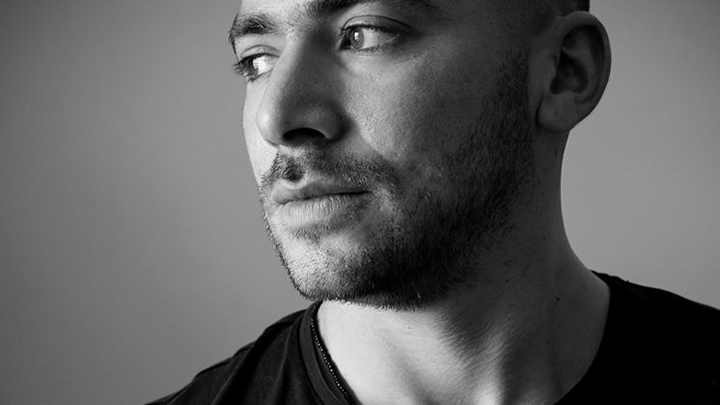