Having a field day is defined in the Oxford English Dictionary as “an opportunity for action or success” which having attended the London based festival of the same name for the last few years seems an appropriate way to describe the various goings on in Victoria Park each June.

Offering a veritable smorgasbord of talent from across the musical spectrum Field Day is always one of the gatherings in the capital that goes immediately into our festival schedule as a must attend and this year was no different as the festival welcomed the likes of Caribou, Ben Klock, FKA Twigs, Marcel Dettman, Nina Kraviz and Patti Smith to a particularly sunny East London.

Having previously visited Victoria Park more times than we can count, (being born and bred East Londoners) it is a venue obviously suited for one day and weekend festivals being held in center of a large city such as London. Fans of urban festivals rejoiced as the many transport links to the site, designed to herd the throbbing London metropolis around the city ensured that no route towards the stadium was overly congested and regardless of where you were commuting from within the Capital, no journey was too much of a burden.

Entering the site itself the sheer scale of the assembly on show made itself apparent with several large tents housing the programming. These were all less than a stones throw away from each other which allowed for easy access to catch different artists with minimum of fuss, ensuring that little time was wasted in transit time traversing the site. As with all London festivals volume was a problem, with local authorities again enforcing draconian sound restrictions on organisers. Quite when the aforementioned authorities begin to appreciate the economic and cultural benefits the Capital’s vibrant music scene bring to the city remains to be seen with Hackney Council’s current crusade against art and culture a shining example of how to stifle creativity in 2015.

Food and drink wise the bars were predictably crowded as those in attendance sought refuge in cold drinks from the warm weather but the queues moved quickly and there were a wide variety of food outlets on offer to satisfy hungry festival goers. Bringing the country to the city Field Day also offered up its own taste of ‘Village Mentality’ with bunting, three-legged races and naturally, eating competitions.

Booking wise it’s hard to have imagined Field Day getting this much more right as excitement levels reached fever pitch for the smorgasbord of talent set to perform at the days festivities spread across the weekend.

Arrival on Saturday saw us venture over to a packed tent to catch heavily hyped Domino signing LA Priest in full flow. In today’s over-saturated electronic music scene where everything starts to sound like the same song, it’s refreshing when something completely original floats to the shore. And when the music world’s elite scramble over themselves to get a piece of the action, you know to sit up and take note. LA Priest is exactly that: a breath of fresh air in the stagnant humidity of the contemporary dance music scene with his amalgamation of funk, electro, and disco getting an expectant crowd moving. Expect to hear plenty more of Sam Dust as LA Priest in the near future.

Having long been a fan of Madlib (his collaborative album with MF Doom Madvillany was one of the first vinyls this writer ever bought) we headed over to catch the man born Otis Jackson Jr. playing his trademark blend of twisted Hip Hop and Jazz, where despite the noticeably low volume the man from Oxnard kept the party vibe going into the late afternoon. Describing himself as a “DJ first, producer second, and MC last” it was an impressive performance and I’d recommend any Hip Hop heads still yet to catch him in the flesh to do so at their earliest opportunity.

Russian favourite Nina Kraviz then took us into techno territory and having taken the world of electronic music by storm over the past five years we’re pleased to report pulled out all the stops at Field Day, delivering our favourite set of the weekend. Nina is one of those DJs that we all feel like we know personally, perhaps because her sound is such a defined and emotive one, her performances seeing her make a connection with her audience like few of her contemporaries as she shares her passion for showcasing music that she loves; her famous dancing behind the decks showing the crowd that she was enjoying being in London on this sunny afternoon as much as they were.

Being eclectic in our tastes – after all Data Transmission’s motto is ‘Dancing Without Prejudice’ – we went to check out Warp affiliated four piece Future Brown who had teamed up with album collaborators Ruff Sqwad for the grimiest of performances. Whilst most of their contemporaries were sunning themselves at nearby festival Born & Bred, Ruff Sqwad brought the heat with a retrofitted performance that wouldn’t have been out of place on pirate radio station back in 2005. Think De Ja Vu FM being broadcast live from a festival stage with a contemporary crowd.

After trying and failing to get a good view of FKA Twigs – so packed was the tent that even a press pass couldn’t help these reviewers get a good view – we opted to catch DT favourite Caribou close the festival with a performance that will live in the memory for a long time to come.

Having first seen him deliver his live show at an ancient Roman amphitheater at last year’s Dimensions opening concert surrounded by red downlights and haunted architecture it was good to catch the Swim producer on home turf, mixing up new material with old favourites in a performance worthy of his new headliner status.

They say time flies when your having fun and whilst we don’t know who ‘they’ are before we knew it the day was drawing to a close in a fantastic crescendo of style and colour as people eagerly plotted the night ahead of them. So with people leaving the trance like state the festival’s music had induced them into we left the Victoria Park thinking that on this weekend in June, that this had surely been the place to be. On this showing a return to the capital next year looks quite simply unmissable. 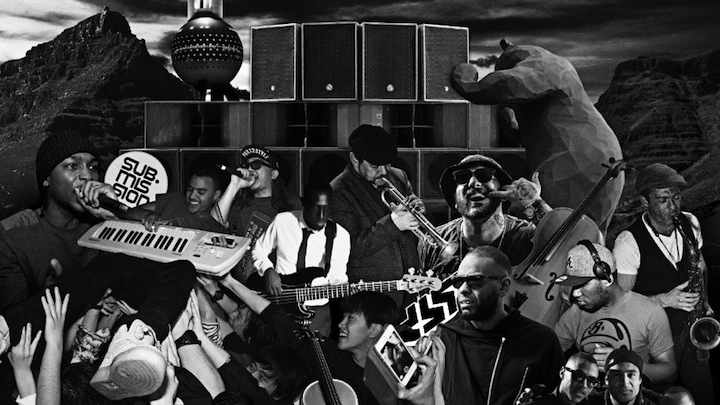