We don’t know what they are putting in the water Down Under at the moment but we’d like to know where we can get some as Australia seems to be exporting more and more high quality music from across the electronic spectrum. The latest act from the southern hemisphere to attract our attention have been Aussie trio RÜFÜS, who garnered national recognition last year with a number 1 album in their native country. After a meteoric antipodean rise, their sophisticated blend of modern pop and house music is primed to similarly wow Europe.

Recorded over an 11 month period on the coastline around Sydney, debut album ‘ATLAS’ was produced by the band, who split their time between two DIY studios, one a remote farmhouse on the NSW South Coast, the other a hollowed out water tank under one of their parent’s houses. The result was 11 tracks that showcased the band’s trademark sound, blending romantic electro pop with Balearic-style house.

Needless to say we were quickly won over by the boys fun electro stylings and to celebrate the release of ATLAS on our shores on April 28th we invited them to deliver an exclusive mix for us here at Data Transmission. Needless to say, they didn’t disappoint with their mix getting us dancing round the office and in the mood for the weekend.

Speaking on the mix the guys explained that the inspiration behind their selections was travelling the globe showcasing their new material: “We’ve been travelling through north america for the past month with our live show, from freezing climates to sunny beaches with a mojito in hand. We wanted to make the second instalment of our Back To Cali DJ mixes and thought we’d share it with Data Transmission – so this is what we’ve come up with, a semi eclectic mixtape of tunes that have helped us throughout the trip. Thank you USA and Canada and hello Europe!”

Check it out below: 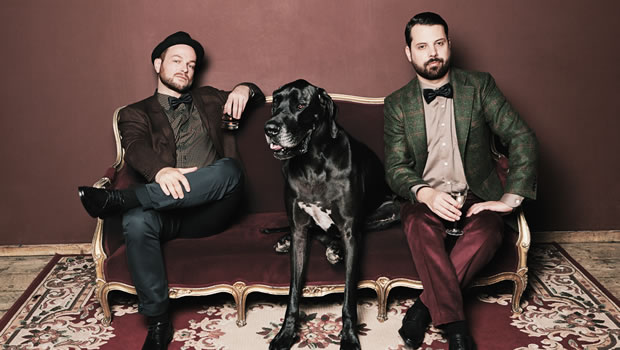