You can look to London stalwarts Andy Cato and Tom Findlay AKA Groove Armada for an effective illustration of how mainstage dance music has transformed the past few years. For over a decade, Groove Armada were one of dance music’s marquee live acts alongside Faithless, Chemical Brothers and Underworld. Their string for the masterful, with their hugely diverse swathe of albums like Vertigo, Goodbye Country, Hello Nightclub and Love Box matched only by the formidable live musicianship that was shown by their touring band.

In the current climate of EDM though, it’s as if Groove Armada have effectively been transformed into an underground act again. It’s hard to imagine music as thoughtful as theirs played alongside the cheap thrills dominating the dance festival main stages now. Tom Findlay revealed to Data Transmission last year that they could see the change coming in the summer of 2011. “The tours had been very good,” he said, “but there had been a few festivals towards the end where the inevitable rise of EDM meant that the nature of main stage dance music was changing. The kids weren’t really that fussed whether or not you had live instruments, it wasn’t really about that. It was about CO2 cannons and laser shows and all that kind of stuff.”

Groove Armada’s clever response was to go back to their DJ roots. Last summer they completed their most hyped yet season as residents at We Love… Space in Ibiza and by the looks of things they have no intention of slowing down for 2014. With a new EP out now on Moda Black entitled ‘Soda Pork’, a return to the main stage for next week’s Snowbombing and a hotly anticipated takeover of London’s Tobacco Dock this August alongside the likes of DJ Sneak and Damien Lazarus we thought the time was right to invite Andy and Tom to share with us 7 records that have helped shape their career.

Groove Armada – At the River

We wrote this record when doing our first album Northern Star, which was done and dusted within a week. Originally released on 7″ on Tummy Touch (I wrote off my car on the way to the cutting plant), it was championed by Rob da Bank then at Muzik Magazine, then Zoe Ball of Radio 1 and then we got a deal, so fair to say that’s how it all started…

Me and Andy came at music from pretty different places initially. I was definitely more of a soul boy whilst Andy was all about house. But this was the sort of record where we met in the middle, you can throw in tracks like ‘Your Love’ by Frankie Knuckles, and ‘It’s All right’ by Sterling Void into that pot…

Richie Havens – Back to my Roots – (Groove Armada)

A personal highlight of our career is working with Richie Havens, and covering ‘Back to my Roots’ on stage with him at Glastonbury, Brixton Academy and beyond. This is a mix we did of the track that is always called The Danny Krivit re-edit, but it’s not his, its ours, or his edit of ours and can we set the record straight today! Not that it matters…

We sort of had to mention this one as it changed everything for us. This track shocked us out of our chill out slumber, and was part of the process that saw us develop into a really brilliant live act. One day if/when I look back it’s probably playing this at places like Glastonbury, and Centennial Park in Sydney that I’ll remember the most. It’s a just a great, great vocal from our MC M.A.D.

This is from the Blacklight era. This was a pretty tough album to make, but the shows we played live around this album were at times the best we ever did, and we discovered am amazing front woman in Saint Saviour. This is my favourite track from the record though we never played it live.

Maya Jane Coles – What They Say

I could name a few tunes like this, that just sort of said house music, the way we all loved it, is back. It’s just a beautifully constructed tune, everything in the right place, the bassline, the vocal all just so. It made us want to get involved with house music again, get off the live treadmill, not sure we’ve quite hit these heights yet, though we’ll keep on trying.

This is us making house now, from a few years back, it was the first release in this new GA does house guise. It’s where we’re at now, and really digging it. For those that keep asking about a new album, you may have to ask a little longer, because doing this is really working for us right now… Sorry!

In the mood for some more Groove Armada? Then grab tickets to their takeover of London’s Tobacco Dock this August alongside the likes of DJ Sneak and Damien Lazarus and check out their mix for We Are the Future Festival below:

To buy tickets for this event please visit the events page: LWE presents: Summer In The City tickets from Skiddle.

These tickets are on sale for LWE presents: Summer In The City. Skiddle.com is an official ticket outlet for this event. All credit card purchases you make at Skiddle.com are encrypted through our Secure Server Technology

Reviewed: Bugged Out In Dreamland 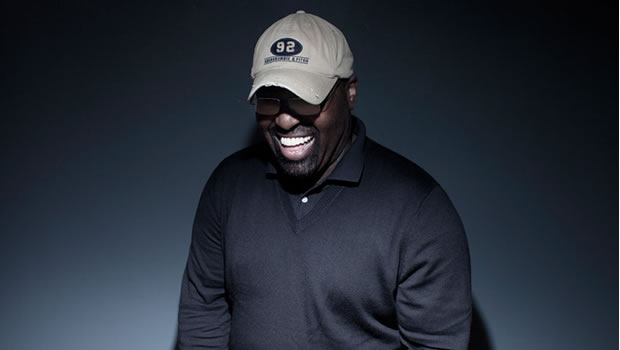