Since the first Fingers releases in the mid-80s, I’ve maintained that Robert Owens is not only the greatest voice to come out of house but all of soul music with his spine-tingling impassioned dramas. Apart from sporadic solo releases, Robert has seemed destined to guest status when there’s obviously a classic album just waiting to be made.

Maybe he’s found the foil in Birmingham’s Danny Kane and Marc Spence, aka Jakkin’ Rabbit, whose starkly lustrous groove on ‘Mothership’ provides a perfect vehicle for Robert to uncurl his quirky hooks and soulful declarations, plus a very cool George Clinton-style space monologue.

The Rabbit also get to bounce around on the two contagious collisions between acid house primitivism and deep, throbbing house to be found on the 303-flecked ‘The Truth’ and monstrous electronic funk hoedown of ‘How Deep’, proving themselves a formidable studio force.

So how about that album chaps? 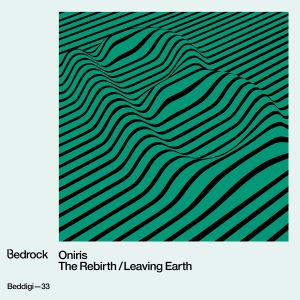