There are moments in music where a musician will air on the side of genius. For Francis Harris, his second album under his given name is pure, impeccable, brilliance. Utilising the same core musicians from his debut, that being Greg Paulus (No Regular Play) on Trumpet, Emil Abramyam playing Cello and the Scandinavian singer Gry Bagoian, adding her ghostly-angelic vocals as and when.

Inspired by the painful weeks leading up to his late mothers passing, when he and his sister literally had ‘minutes of sleep’, the album covers themes of loss, memory and profound grief. This isn’t an album built on lyrics though. Gry features just once, on the stand out single ‘You Can Always Leave’, a centerpiece if ever there was one. It’s also the most danceable track on LP, though by no means is it a club anthem in the field of Harris’ previous work as Adultnapper.

It’s a delicate, brooding number, with chords that simply resonate sadness. The trumpet flows freely, hitting out solos of varying prominence and in places click train sounds that could have come straight from a dolphin, make it feel alive. Gry’s voice is what sets it apart though, at times powerful and others almost childlike. ‘We go dancing in electric, lights and beats, fantasies. Till the morning, till the morning’ echoes out manically towards the end.

Still, without lyrics to conveys his message and emotion, Harris is able utilise all manner of techniques, chord structures and general arrangement – helped somewhat by his interest in microphones – to devastatingly poignant effect. What is noticeable is how he’s paced the album. Opener, ‘Hems’ is a largely beatless track, focusing in on the power of the cello and piano to create an openly wounded emotion.

And from there the next two tracks feature wistful, ambient noise and free-playing jazz interludes by the trumpet and cello with select battering of rough percussion, filtered throughout the mix.

Around the middle a steady four-to-the-floor beat drops by to elicit a more rolling groove. Paulus still chrips away on his trumpet, underpinned by more strung out tones. Being able to record on the inimitable Flickinger Console used by one Sly Stone, allowed Harris to drench the tracks in analogue effects, adding tape saturation for good measure by running the final mix through a vintage multi-track. He works organic and synthetic parts into the composition framework, relying less than ever on percussive elements to define his mood, while solidifying his signature blend of house, modern classical, shoe-gaze and noise.

The age of the electronic based music long player is definitely upon us. Here though, Harris instead reverts back to instrumental themes to collate what really is, a moment of beauty. 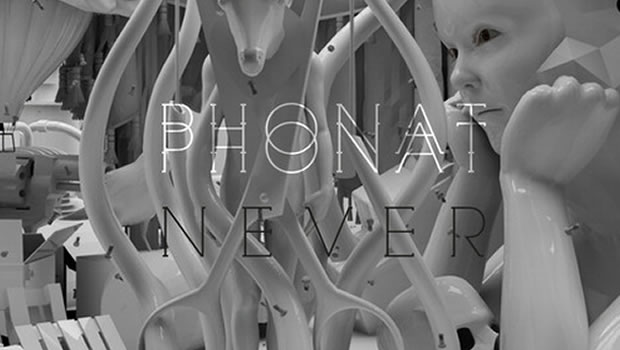