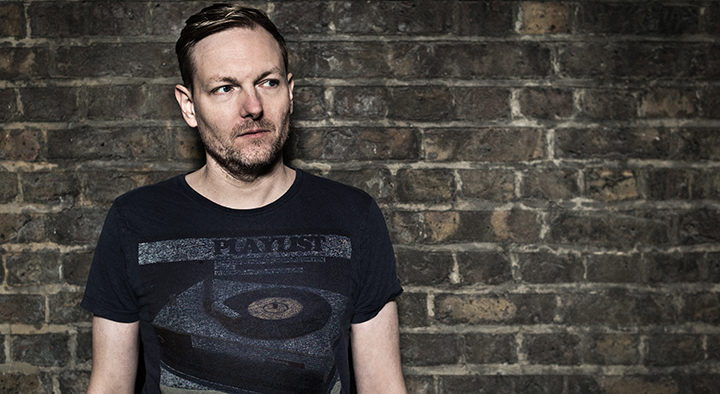 With a growing number of acclaimed releases on some of the most respected imprints in the business, there’s no doubt that Brett Gould has firmly cemented his place within the underground house circuit. Building his reputation behind the decks through a two-year residency at London’s Lightbox, he has quickly become one of the scene’s most exciting and accomplished talents.

Beatport Top 10s have become the norm for Brett, who quickly exercised his right to be on the same line-ups as his heroes with his energetic live performances and precision-engineering in the studio.  Smashing his way into 2018 with a release on the mighty Solardo’s label Solá, the phrase “start, as you mean, to go on” has never been more apt.

Brett has continued to feature heavily on Sola this year including his current release ‘Crazy’ which is out now (listen above), so we ask him to put together his top 10 Sola tracks in a playlist.

When I first saw the email of this promo my eyes lit up and when I heard it, I had an eargasm! Ramon fucking Tapia man! I play this every peak time in my set.

Absolute grooves on this one, they’re insane. Not to mention the tough and really good synth work. This is one of the earlier releases but stays in my box.

I’m really happy with this. When I found the vocal of the guy speaking I had to put it into the track. I started making this on Christmas Day last year after a few beers, but it’s actually come out really well. There’s always those crazy and funny people that chat absolute rubbish to you at a rave and this is how I related the vocal in my head to the track. The synths are dark and sinister which is what I love.

This is an absolute floor-filler. I play this in the latter parts of my warm ups and the girls are on the floor in seconds! Massive vocal track.

What a belter of a tune by the label bosses. They were spinning this I’d say for at least a year before it came out. It had so much hype when it did and it flew off the shelves!

This was the tune of the night at Solardo Sessions Brighton in January for me. It’s different from a lot of tech-house so it stood out. Was hunting it down for a while and then it appeared!

Mason uses a classic vocal hook here again with the synth being slightly weird and warped which makes it stand out. Really clever production with loads of energy.

Absolute weapon from last year. I saw Lee Foss play this at Egg a couple of months back and it still goes off like the first time you heard it! I recognise all the samples they put into this too 😉

9) Hector Couto ‘Sons Of The Underground’

2nd track on an awesome 3 track EP. All tracks are really cool and slightly quirky. The bass on this is naughty! Really clever synth work again.

Massive tune by the Kaluki-meister. Groovy and uplifting and again it had that edge of being a bit different from the rest, so it really stood out and smashed the floor to pieces…

I have to say there has been so many good releases on this label, from SecondCity and George Smeddles to Prok N Fitch, Huxley, Skapes, GW Harrison, Pax and Kevin Knapp…

Tags:
Previous Article
Reviewed: Hospitality On The Beach 2018
Next Article
New energy product to help you Rave for Longer