Ande Bishop – A New Southern Star On The Horizon

Ande Bishop is currently being hailed as one of the freshest artists emerging from the Southern Rap and urban music scene. Joint owner of artist management and development camp American Roulette, Bishop produced label mate Londn Blue’s “False Hope” EP before switching focus to his solo career as a rapper and producer.

Since the turn of 2015, Bishop has already had a few notable highlights, including his first mention in hip hop bible The Source.  “My company’s venture with Seven 13 Entertainment was big milestone for me, releasing my first project. I mean just getting in The Source, a magazine that I’ve read since I was like 9, seeing my stuff on there was pretty dope so I would say those are my biggest accomplishments so far.”

Bishop’s debut tribute track ‘50 Centences’ was premiered by The Source in January, receiving a viral response and propelling his acclaim as an artist to new heights. Inspired by “50 (Cent)’s first two albums. I was actually listening to “Get Rich or Die Tryin” and then a couple of tracks from “The Massacre” and I got the inspiration to put that song together and I just started looking up a bunch of 50’s interviews because he interviews really well, he’s a really smart guy. I just spent about a day or so going through his old stuff, his first two albums and put that track together.”

The collaboration with producer Donato exceeded many people’s expectations. The cohesiveness of the two artists has even spurred the possibility of another upcoming release between them; “I talk to Donato all the time and we’re actually trying to put together a joint project because our styles go together so well and we’ve had a lot of success from the few songs we made together, so yeah I’d like to work with him a great deal.”

Having established a stronger foothold in the scene with the release of the ’50 Centences’ track, which allegedly even reached the ears of the G Unit staff, Bishop began to ponder more deeply into the orientation he wished to direct his music through.

“Thing is, for my first song I didn’t really know the direction I wanted to go. I wasn’t going to put that one out initially, I actually made it the day before it was released because The Source was going to debut another track I did called ‘Trespass Music’ but I made ‘50 Centences’ the night before. It was so fresh to me and I liked it way more than the original song I was gonna put out so I kinda switched it up and put it out but it got a really good reaction. I even got reached out to by someone on the G Unit staff, one of their A&R’s actually emailed me and told me it was a dope song, maybe 50 heard it, I know it at least got back to his label. After getting the success from that I’m going to try and build around that for my album.”

Bishop’s second release “$77.43” received widespread radio support, garnering the attention of Seven 13 Entertainment. One of the USA’s fastest expanding labels, Seven 13 signed Bishop to their increasingly impressive roster which already includes Kid Vishis, the younger brother of Slim Shady collaborater Royce Da 5’9. Bishop revealed how he became signed to the label and how they aided the marketing process of his EP ‘Ocean$’.

“They originally became interested because I produced and helped put out a project last year for my label mate Londn Blue and they heard the track “Let It Rain”. However we were already deep into the campaign so couldn’t pass ourselves onto anyone else. We just had to sit back and wait till we came up with another project which ended up being mine; the ‘Ocean$ EP’ and it was pretty seamless. It was a perfect marriage really.

As for this project, I think the thing I learned the most from Seven 13 was how to market yourself with them being so successful in putting out projects which involved the likes of Eminem and Lil Wayne. Every time I’ve talked to the staff at Seven 13 I’ve learned something. They’ve really educated me on how to reach more people than I have been, so I’ve just been a student of their experience and their success.”

On May 19th Bishop released his debut EP “Ocean$ – Extended Play”, overseen by Seven 13 Entertainment, featuring production by  figures familiar to those who know Roulette’s roster. Added to the mix was producer Taylor Supreme who came to the table with previous credits for work with Freddie Gibbs, E-40, and Trae The Truth.

Bishop explained “He’s a kid from San Jose. I just came across his music and I was amazed, I think he’s probably the best non-major producer I’ve ever heard. His sound is really just dope.  For him to be so young but be able to capture the 90’s west coast sound so well is pretty cool.  He’s definitely one of my favourite producers.”

With a reputation as a more than capable producer, the obvious question was why he decided not to handle the production on the new EP himself. His response reflected his excitement for the future.

“Honestly man, you’re the first person I’ve told this to but all the stuff I produce myself, I want to save it for my official album. I want to try and self-produce my whole project, or keep it in house with the guys I work with and try to build something from top to bottom so all the stuff I made myself, I’ve been sitting on to try and make one cohesive project.” 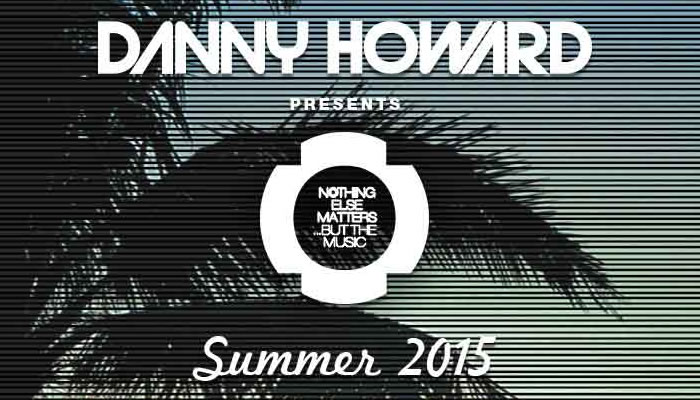