In an age where previously million dollar studios have been condensed into laptop friendly software easily pirated by the tech savvy kids of today it is easy to see why many upcoming producers chase trends trying to hit it big quickly rather than spend years developing their own sonic palette. There is a reason why producers and labels who fall into the trap, even the initially successful ones fade into obscurity almost as quickly as they emerge from it and that is because whilst fashions seem to change at an increasingly alarming rate, curiosity innovation and creativity are permanent.

This week we’re pleased to welcome an artist and label manager who we feel falls into the latter category as German mainstay Marco Resmann talks  us through 6 of his favorite Upon.You releases ahead of the arrival of the label’s 100th release.

I met Sammy for the first time when he worked as label manager for Jay Haze’s label Contexterrior and Tuning Spork. This must have been 9 years ago or even longer. I had no idea who he was and that he made music at all. The more I got in touch with him the more I realized what a talented guy he is. When it comes to analog gear and everything related: he’s the man here in Berlin. He used to be my studio neighbour in 2012 and that was the time when he produced ‘Welcome To The Blackout’. The vocals of Paris The Black Fu give the tracks this great dark atmosphere. My all time favourite producer Steve Bug was the obvious choice to remix this beauty for our 5 Years Of Upon You anniversary compilation. He stayed very close to the original and just added some extra Bug spice to it.

This is a little homage to my favourite Kiwi Emerson Todd. He used to be part of the Upon.You family and moved back Down Under last year. Unfortunately he stopped making music and DJing completely and is enjoying his beach life now. ‘Inside Out’ was his third EP on Upon.You and probably the strongest he ever did for us. I knew Mathias Kaden before he even started making music and followed his rise in the music scene. I always wanted to have a remix from him and since he knew Emerson very well and respected him a lot it was fairly easy to get him on board with a remix. It’s a typical Kaden remix with lots of energy and sexy grooves. I’m still loving it and still playing it.

‘Pornflake’ is a part of Quenum’s ‘Rhyme’ EP and was his debut release on Upon.You in 2013. I felt very honored when he told me that he will produce something for us. When he sent me the tracks for the EP I thought like ‘Ok, I want them all’. ‘Pornflake’ is one of these tracks that always brightens up the dancefloor. An association with summer, beach and happiness, I gave the record personally to Cassy and Seth Troxler at DC-10 and saw it afterwards in their playlists and charts. It makes such a big difference to share music like this. What a shame that we’re gonna lose this step by step. I mean I’m getting a lot of music via email as well and share it in the same way but it’s becoming more and more of a mess.

Ruede has been an Upon.You member since pretty much the beginning 8 years ago. We’re studio neighbours too, so I pretty much hear everything that comes out of his room.

When I’ve heard ‘Minus’ for the very first time I immediately fell in love with it. It’s one of these epic tunes, with a long build up and a super catchy melody without being too flashy. I actually wanted to have a second track for the release, but Ruede didn’t finish anything else at this time. So he came up with the idea to make a single track / one-sided release and it was worth trying it. We had never done something like this on Upon.You before but the success of the release speaks for itself.

The collaboration with Martin means a lot to me. I released my first-ever EP in 2001 on his former label Intim Recordings. He was very much a mentor for me and I still respect him a lot. It makes me really proud to have him, after all that time, on my label and even share studio time with him. ‘Body’ is the title track of his first-ever solo release on Upon.You and represents his unmistakable, trademark sound. Reduced House grooves, jacking basslines and a super tempting vocal fully captivate every dancers moving and twisting. A timeless killer that’ll be stuck in DJ crates beyond forever.

That’s the A-Side of our catalogue number 100. ‘Hundert’ is the German word for one hundred; it is as simple as that. I started to produce this track almost a year ago right after I bought the Korg Mono/Poly and it was pretty much the result of my first jam session with that beast. I totally agree with my friend Kiki who wrote in his feedback: ‘Probably the hardest or heaviest tune I ever heard of you Mr. Resmann!’ I offered it to a few other labels but no one was really interested. Fortunately I have my own label and knew that it was something special. Inspired from Ruede’s ‘Minus’ release I have decided to focus just on that tune and made an edit for the B-Side, which is pretty much the same tune just with some stabs from the Juno-106 on top. To celebrate this once-in-a-lifetime event the release comes as a special gold vinyl edition.

Marco Resmann’s ‘Hundert’ arrives December 14th. Check it out below. 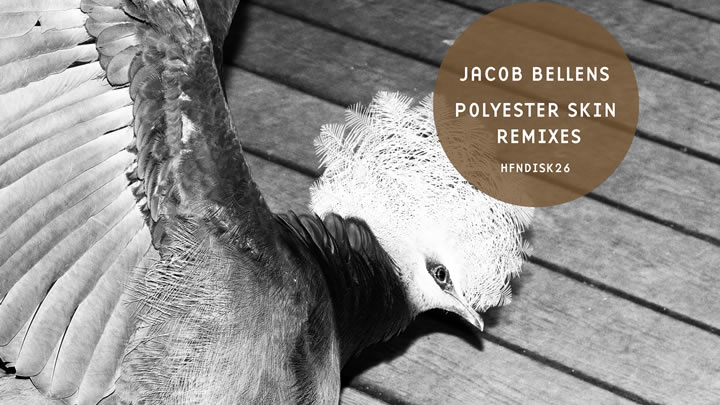