What is there left to say about Tensnake? Apart from being one of the nicest guys in the scene the Hamburg native’s House sounds are drenched in the soul styling’s of the city where he quickly formed a big reputation for being one of the worlds leading purveyors of disco both in its ‘Nu’ format and original 80’s boogie. Then came the release of the huge ‘Coma Cat’ which stormed dance floors the world over and firmly established Tensnake in the upper echelons of DJing. Another one of the names on star studded SW4 festival roster for 2013,  it was some excitement we caught up with the serpent named producer ahead of his performance for Chibuku in Liverpool to talk about his upcoming album, working with Nile Rodgers and Mano Le Tough, the success of dance music in the charts, and hooking up with fellow Hamburger Solomun for his new Solomun+1 parties at Pacha Ibiza this summer…

I counted at least three unreleased tracks of yours on that last BBC Essential Mix. What can you tell us of any upcoming projects/collaborations? Couldn’t get enough of your 90s revival with Syron, ‘Mainline’.

Thanks! Well, my artist album is now finished, and as you’ve probably heard, it features the incredible Nile Rodgers – a dream come true! We literally finished mastering last week, I’m incredibly excited. There’s also a remix by Mano Le Tough of 58BPM that’s due to drop very soon. He actually previewed it on the Beats In Space show a couple of weeks back.

I’ll be coming to your set with Chibuku on 4 May at East Village Arts Club in Liverpool. As the venue’s formerly the Masque, have you heard much gossip about how it’s changed since you last played it?

I haven’t heard much gossip, no – but I can tell you that this is a really refreshing and different line-up which is why I couldn’t say no! I loved SBTRKT’s album and really enjoy what Modeselektor do so this will be a night to remember -cue Shalamar!

An obvious leader in disco and nu-disco, what other influences do you draw in to set yourself apart? I’m a big fan of your On Repeat collection on tumblr and it’s quite the eclectic mix. Do you feel Hamburg’s had a big influence on your style of music?

I don’t actually consider myself nu-disco at all – and it’s already a phrase that sounds a bit strange. ‘Mainline’ was probably the most commercial record I’ve made since ‘Coma Cat’ but for example, my remix of Little Dragon’s ‘Ritual Union’ was pretty much downtempo. I’m remixing another new band I really like soon – but I can’t say who yet! I have to say that it’s been inspiring watching fellow Hamburger Solomun take off – I’m going to be playing with him for his +1 night at Pacha and can’t wait!

Did you have a good run on your US tour?

The whole tour was amazing, a three week whirlwind. Every night was fun and busy, even the midweek shows. And yes, Phoenix was fantastic. I’m also really looking forward to playing with Maya Jane Coles again at Dalt Vila in Ibiza, we played a show together at The Hoxton in Toronto a couple of weeks ago.

What do you like to do when you’re not caught up with producing or touring?

I really enjoy watching great movies and TV shows. My favourite show is probably Game Of Thrones, I am reading the books on my iPad when I travel as well. Winter is coming!

What are some of the hottest tracks out there at the minute by your fellow artists? Any newcomers we should watch out for?

To be honest, I have been spending all my time on finishing my album lately. There was not enough time left to discover the latest releases. But let me say that I am incredibly happy about the latest development in the charts: seeing bands/acts like Disclosure, Duke Dumont and lately Daft Punk’s ‘Get Lucky’ climbing to the top gives me a lot of hope.

Check out Tensnake live in Liverpool this this weekend for Chibuku alongside SBTRKT and Modeselektor. For more information and tickets click here

If you want to catch him in a festival environment head over to SW4 Festival this summer. For more details click here

Chibuku Welcome All Star Cast To Camp And Furnace 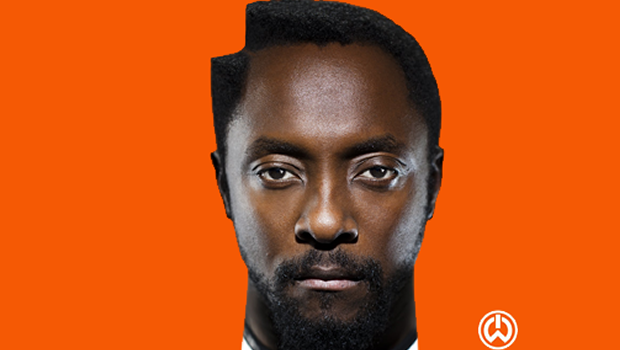