Having previously pushed the boundaries with all of his electronic explorations,  Samuel Kerridge returns on his own Contort imprint. Having his first album be picked up by none other than Regis, he then smashed out two critically acclaimed EPs on ‘Downwards.

The LP begins with a heartbeat, dormant kick drums lace the lower end of the spectrum awaiting to erupt and intertwine with the sonic destruction that is inevitable in the not too distant future. An alluring voice can be heard somewhere in the distance amongst the melee, almost like a subordinate message. Kerridge employs his scare tactics from the off with ‘GOFD’.

‘MPH’ intentionally struggles to get going. Warping bass and noise hurtling towards the foreground with sporadic voices to what Beelzebub would sound like were he able to access a microphone. The track can be likened to getting a chainsaw to get going. Feigning movement from time to time, but never to awaken. The uneasiness of which Kerridge is renowned for is most apparent here.

‘DAYT’ eludes the depths of the blackness, with a lot more tone available to the ‘noise’ and the kicks. The bass drum imitating the palpitations of a man ready for his death sentence. The nauseous noise-cum-horn noises creating movement while all the while maintaining the sense of dread.

As the album moves on, the ideas behind it become more and more clear. While the beginning sounded unrefined, to good effect, it is by ‘TRN5’ Kerridge begins to unfold and the purpose behind every noise gets more clarity. The demonic voices are more apparent rather than being lost in the noise. The snap of each snare can be heard almost in its entirety as the reverb sends it off into the distance. The fear and anticipation causing a taut fibre ready to explode at any moment.

‘WOSN’ serves the purpose as an interlude. Hints of a key can be heard at the beginning evolving into harmonies. The use of strings contrast the amped out pulsing bass. The energy increasing throughout. A constant drum pattern make an appearance until the themed voice makes its appearance. Unlike the other tracks on the album, ‘WOSN’ has peaks and troughs, which is very uncharacteristic for Kerridge. A very unsettling piece made more fierce with the readmission of the drums, this time with a punch.

‘NCV’ creeps into view with an electrified, high frequency drone. Slowly getting wider and wider. The signal getting more and more lost in the LFO to the point where a beat can be determined. Creating a subconscious pace. Easing off towards the centre of the track, sending mixed signals until it is lost to make way for the ever apparent ‘voice’ to make its return. By now the proverbial engine is turned on and paves a second sonic journey for the latter half. The first half focusing on the frequencies of the drone while the second focuses on the resonant piercing sound.

Rather than leaving us in the pits of Hell, Kerridge decides to give us a bit of energy in ‘WIAGW’ by switching up the fearsome, overdriven head splitting noise, for something with a bit more tone. Finding room for a low heavy kick to accompany the arpeggio to give us a sense of direction, the reoccurring voice returns, but this time at a much higher pitch.

A sense of relief to finish off a macabre journey full of raw emotions and sounds. 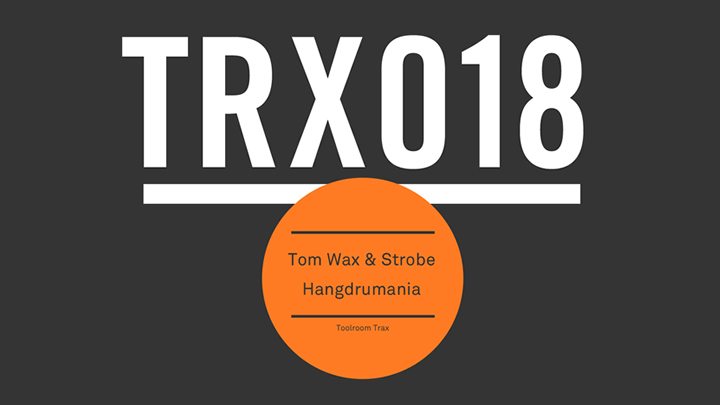