We need to talk about Shift Work. No, we’re not recommending you start working nights – we are of course talking about new Houndstooth signings of the same name who we’re tipping for a very, very big 2016.

Having seriously impressed with their debut EP on Optimo Music earlier in the year, the analogue loving pairing now serve up a four track package for the Fabric affiliated label complete with remixes from DVA Damas and Factory Floor.  Titled ‘Document II’, the EP showcases a perfect blend of intricate creativity, interestingly textured soundscapes and a raw power the likes of which we’ve not heard for some time.

Reportedly crafted from within the bowels of a studio built in former-horses stables, the EP grabs the listener by the throat from the outset with the carefully crafted ‘Abandoned Hands’, fluctuating vocal snippets sitting atop tense key stabs and pressurised percussion. A storming, thumping attack on the senses it’s neither for faint of heart, or indeed, the average functional dance floor. In the hands of the right DJ however this will no doubt be be a potent weapon for years to come.

‘Abandoned Hands’ remix comes from Downwards affiliated duo DVA Damas, which somehow manages to turn the cut on its head whilst simultaneously retaining the spirit of its original incarnation. Slowing down the tempo, the Los Angeles outfit have been a forging a fierce reputation of their own in recent years and on this evidence it’s easy to see why. Straying further and further from their horror punk heartlands, they transform the EPs jolting opener into a slow-mo ride through a sparse electronic landscape of their own design, toughening the kick drums for a memorable rework as suitable for home listening as a Kreuzberg basement at 7am.

The record’s second original effort ‘SBFM’ then sees the duo change tact slightly, sailing closer to more conventional shores as they present a peak time excursion aimed squarely at the dancefloor. Sounding like the sonic equivalent of Gaspar Noe’s ‘Enter The Void’, the track juxtaposes arpeggiated synths with sporadic spells of harmony for a curious cut, practically begging to performed live.

The record then closes with ‘SBFM’ being reworked by London-based trio Factory Floor, who apply their distinct sonic signature to the track without compromising its upbeat, electro sensibilities. Amalgamating ‘SBFM’s source patterns with their organic, textures this remix feels more like an evolution than a reinvention and will no doubt split fans right down the middle in deciding which version they prefer.

Worth the price of admission for the two original tracks on offer alone, we can’t wait to see what Shift Work come up with in the new year. 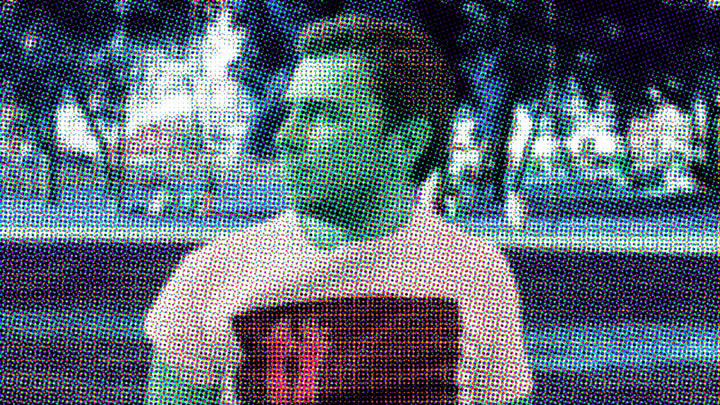