Raver Tots takes over the UK 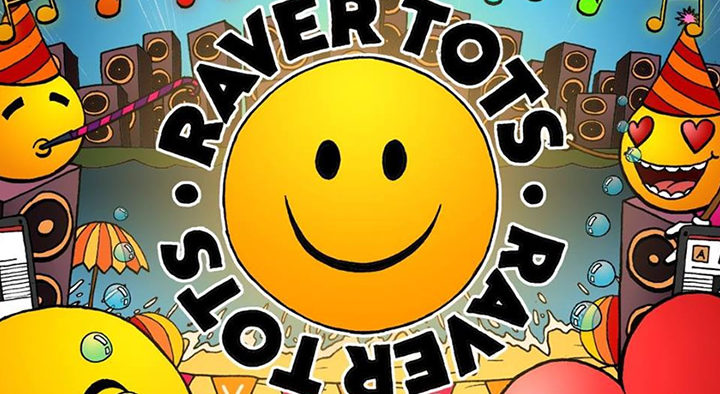 Raver Tots is a family rave, that has been taking over the UK recently.

They are parties, where kids and grownups can hit the dance floor and let off some steam together and they cater for everyone with tons of kids fun including face painting, UV lights, bubbles, balloons, confetti and giant parachutes in a rave style atmosphere and have residents such as Artful Dodger, Brandon Block, Slipmatt & Nicky Blackmarket.

The founder of Raver Tots Mike Pickets has come from a difficult background as a single father of two (aged 1 and 3), plus grown up suffering from ADHD, set-up the events to take adults on a nostalgia trip of great tunes, iconic 90s dance venues and ball ponds.

Having grown up suffering from ADHD, Mike has been inspired to provide a way for kids to work off some energy in a fun-filled and safe environment: to take the ‘peace, love, unity, and respect’ ethos of the rave scene and translate it into positive attitudes towards mental health. Regular donations are also made to charitable causes for autism and ADHD.

Speaking of the events, Pickets said: “Since my early childhood I’ve been passionate about rave music, and setting up Raver Tots has given us the opportunity to use the rave scene as a platform to create awareness and raise money for Autism and ADHD. I suffered with ADHD as a child, and found there was very little help or understanding for what I was going through. We launched Raver Tots to try and combine great music and a sense of fun with an atmosphere of inclusivity, and we were so blown away by the response to our warm-up event that we’ve decided to grow Raver Tots nationally.”

They’ve just announced a host of more dates across the UK, below or at http://www.ravertots.co.uk/