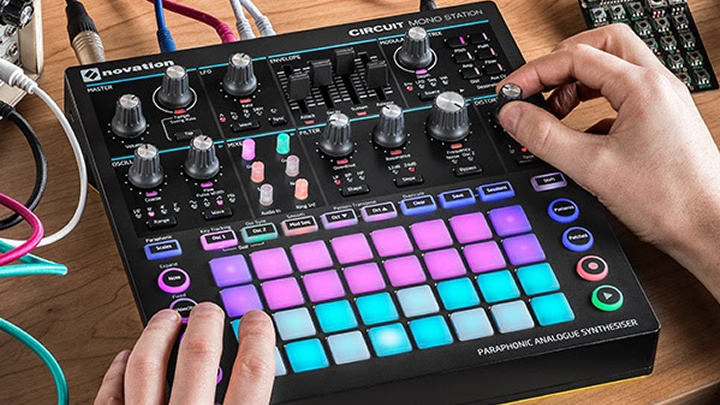 The synth has two oscillators that can be individually controlled, three distortion modes, plus one multi-mode filter with high-pass, low-pass or band-pass. It also offers four waveshapes (sawtooth, triangle, square and sample + hold), a sub-oscillator, ring modulation and noise generation. Users can get the frequency band they want by applying high-pass, low-pass and band-pass filters with slopes of 12dB and 24dB. In addition, Circuit Mono Station introduces a powerful overdrive. 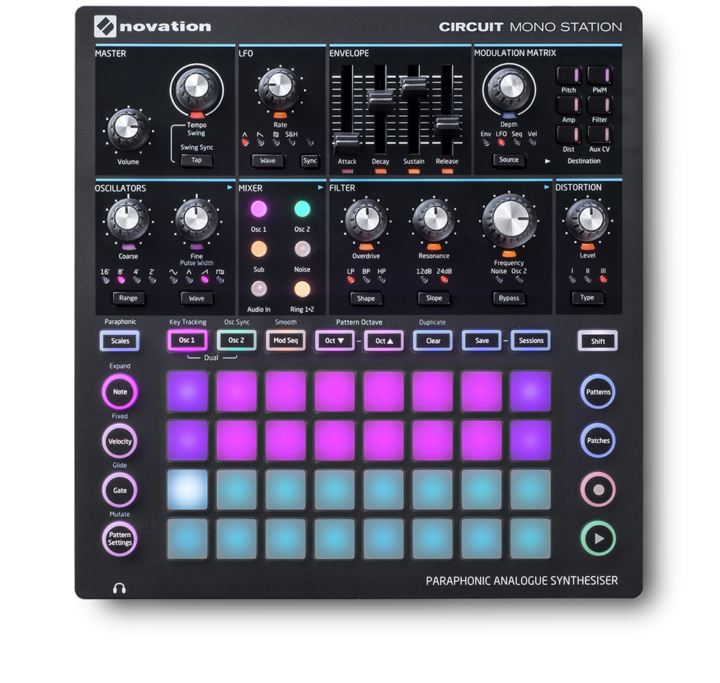 Both monophonic and paraphonic modes are available, with each oscillator individually controlled by its own sequencer. In total, there are three sequencer tracks: two oscillator sequencers and one modulation sequencer. 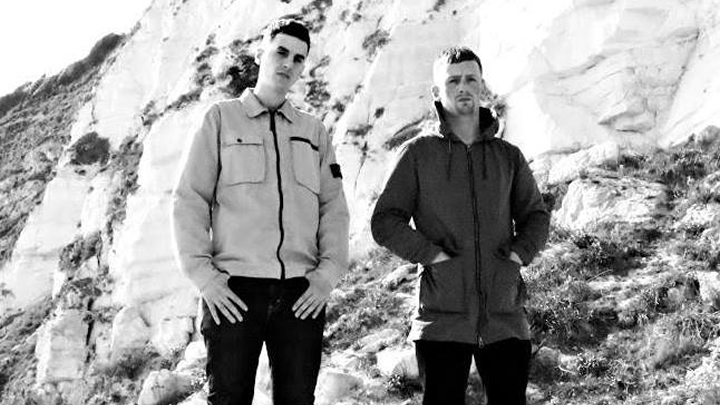