Kompakt have joined forces with legendary Ibizan club Space and Kehakuma to bring their annual Cologne party Total to the island on a monthly basis this summer, starting June 20th and continuing  across the warmer months on July 18th,  August 22nd before drawing to a close September 19th. This will be the first time that Total has been presented outside of Cologne and their first residency in Ibiza with the German label promising unique sets live performances from the imprints many friends and affiliates.

Michael Mayer says the following “We are excited to have this opportunity to team up with Space Ibiza – Kehakuma to present Total on the island this summer. We intentionally never did anything in Ibiza so far but Space Ibiza have given us the opportunity to put together something we feel will be quite different than what typically happens on the island. We are very grateful to have been given this opportunity and to play alongside my label mates and friends this summer.”

Total will bring together the best of Kompakt’s current crop of talent including Blond:ish, Dauwd, Danny Daze, Gui Boratto and Kölsch. Kompakt have invited some kindred spirits along for the ride with the likes of Barem, Pachanga Boys and Miss Kittin all set to drop in across the summer. Michael Mayer will headline three of the four event,s going back to back with a very special surprise guest for the opening party on June 20th and will almost certainly bring the house down when he joins forces with Dutch techno don Patrice Bäumel on August 22nd. 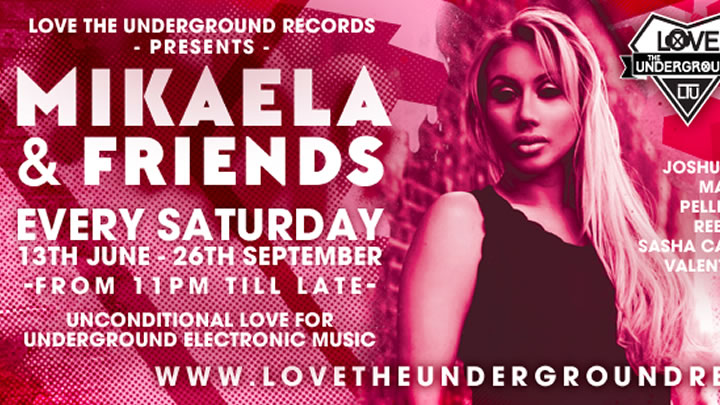