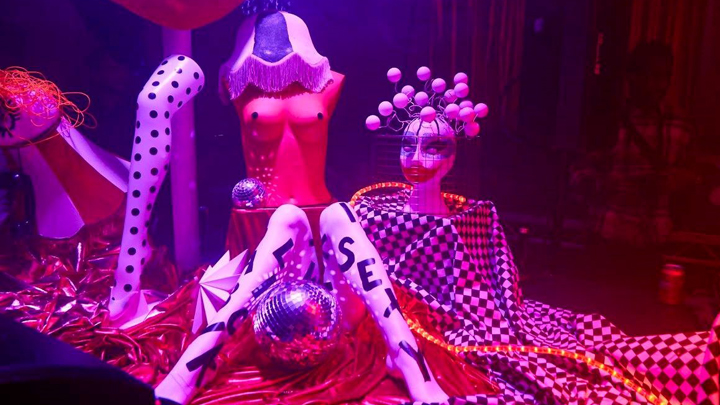 Last Saturday was a night to remember when one of Europe’s most distinctive label and party throwers took over Hackney’s Oval Space for an all-night rave. Led and represented by resident’s Giles Smith and James Tourley, Secretsundaze continues to bring some of the best and most vibrant parties to the underground electronic scene.

In true Secretsundaze style and paying homage to their individuality, the theme of the night was The New York Club Kids, who were one of the most influential groups of the late 80’s and early 90’s. The New York Club Kids were renowned for their outrageous looks and antics, magnifying the dance floor with their unique style and flamboyant behaviour. The Club Kids were a definitive group in the underground scene at that time and believe me, they would have been proud of the efforts that were made in honour on Saturday night. And even better, punters had the chance to get their hair done and makeup painted with a pre-party that was held in the run up to the night. 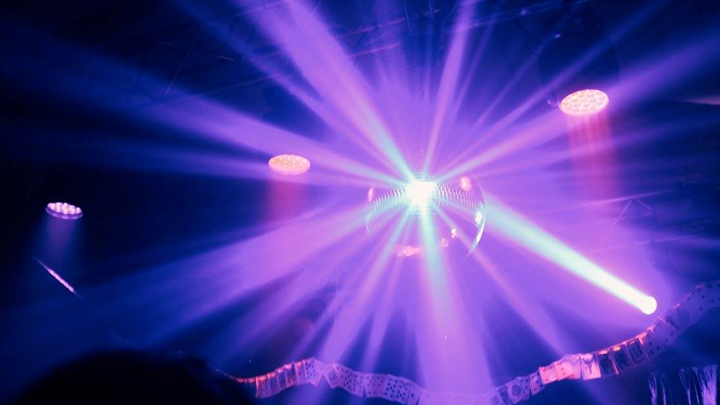 From previous experience at Oval Space, I was anxious of the queues and the wait into the cloakroom. And I wasn’t wrong with my judgement… as soon as I rocked up we were greeted with a long line of cold and eager clubbers anticipating the night. Surprisingly, the queue moved swiftly and the crowd was soon inside dancing along to the funky sounds of London based DJ and Producer Wes Baggaley. The décor screamed Club Kids with the glamorous and aesthetically pleasing disco balls, to the large lips, the naked torsos and the brightly coloured balloons hanging from every inch of the ceiling. The crowd united in a huddle of colour, glitter and animated face paints as they danced to the sounds of disco, house and groovy techno. It truly felt like a real sense of the 80s club scene and it wasn’t like any party I have ever been too. Although it was intimate, it didn’t feel too crowded and there was always room to dance and move, with Wes warming up the crowd to experience a night fuelled by classic house and reminiscing on the 90’s with the old school rave tunes. One clubber turned to me and said “this is what it must have felt like at Genesis, this is what they would’ve had”. 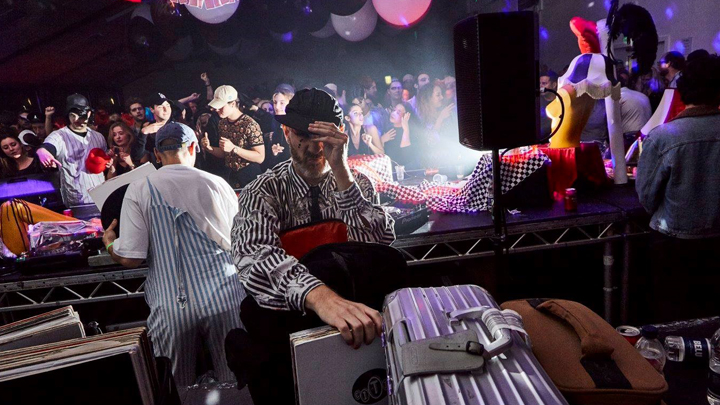 Yappin Founder DJ Slyngshot ramped up the energy playing from midnight until 2AM. By now, the space was nicely crowded with a hum of excitement as everyone danced away to the electric sounds and funky tech house. Throughout the night, drinks were easily accessible and you were never queuing up from longer than five minutes. The inspiration from the original Club Kids seemed to make a huge impact as everyone chatted to anyone and the crowd united together memorized by the music and production. The time really flew by, and we were lucky enough to have an extra hour to rave with the clocks going back. DJ Slyngshot did what he does best, constantly shifting and weaving from tempo to create the ultimate adrenaline rush. 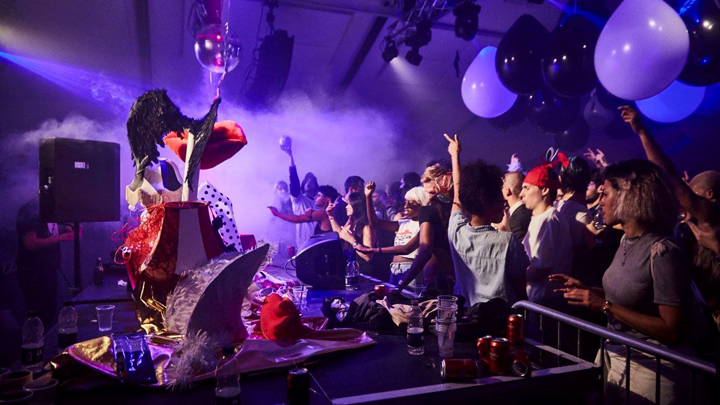 I eagerly awaited one of my favourite DJ’s of the previous year, Palms Trax, whose signature sounds represent summery cuts and disco vibes. And he did not disappoint. Palms spent the next couple of hours entwining between electric sounds of the likes of Kerri Chandler and his atmospheric beats, right through to pumping techno and dropping the tasty number “Loves Got Me High” by Terrence Parker. Phones suddenly flew up in the air as the white lasers penetrated the crowds to form the ultimate peak of the night. You could barely move as everyone tried to get a glimpse of the Berlin based DJ and producer. After taking centre stage, Palms finished his set to introduce the curators of the party and one of London’s most infamous duo. Finishing the night off in true style, Giles and James played straight through to the early hours, mixing their trademark roots-infused house and jazzy beats. Although the crowds started to get smaller and it was noticeably evident that it had reduced in size, the vibes were still strong straight to the finishing hour. The energy from the pair reflected back on to the crowd as punters danced away to buoyant house infused with disco beats.

Secretsundaze have proved that they don’t follow the crowd, yet they still manage time and time again to throw the most memorable parties in London. Saturday was truly an unforgettable night and one that I would love to re-live again. 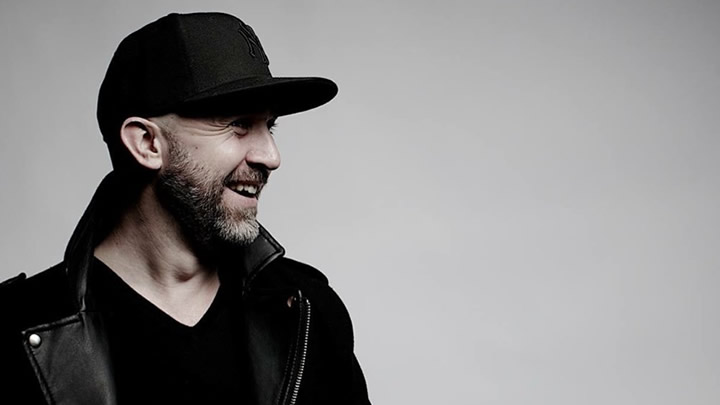