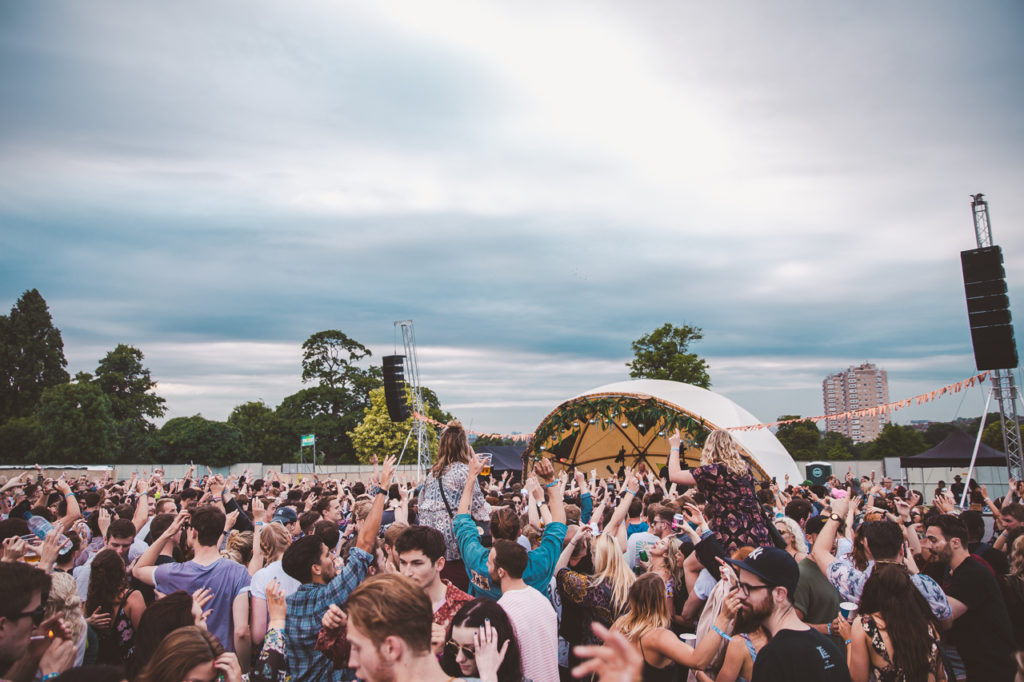 With the seemingly constant rise of the festival and day party scene, throwing your event without another rivalling it, is impossible. Considering going head to head with a monster of a festival that stakes their claim to kickstarting the Summer festival season is a brave move, especially after an inaugural event in 2016 that came under a bit of criticism, with Gala creators Jonny and Giles admitting “There were aspects that didn’t go as planned which could only be put down to inexperience.”

Having spent years dealing with some dodgy promoter excuses, it’s refreshing to see such honesty and I respect anyone that has the balls to hold their hands up and look to right the wrongs, which in turn will give the festival goer a better experience next time round.

When I saw the line-up for Gala, I had to get myself over to Brockwell Park, as although it is going up against what is now a behemoth of a festival, it is catering for a very different demographic and concentrating not only on the music, but on food, drink and keeping it heavily hooked into the local area of Brixton.

Let’s talk about the food for a minute, fair enough most festival revellers would probably prefer to be chewing their face off, than chewing on some fine ass burger, but personally I enjoy a decent food option at a festival and think we should be past having trashy football ground burger van options, if we opt for some sustenance *OLD MAN PRO TIP: Eating is definitely NOT cheating, it’s winning.

With Brixton Village and Pop (very much like Shoreditch/Croydon’s Boxpark) a mile or so away, you have what can genuinely be described as some of the best street food, coupled with innovative eateries, alongside pop-ups that went on to be way more, so my expectations for the localised grub, were nearly as high as they were for seeing some of the acts. Having eaten at a variety of the vendors on offer, including Honest Burger and Bill or Beak, Gala Festival tackled the rumbling stomachs well. 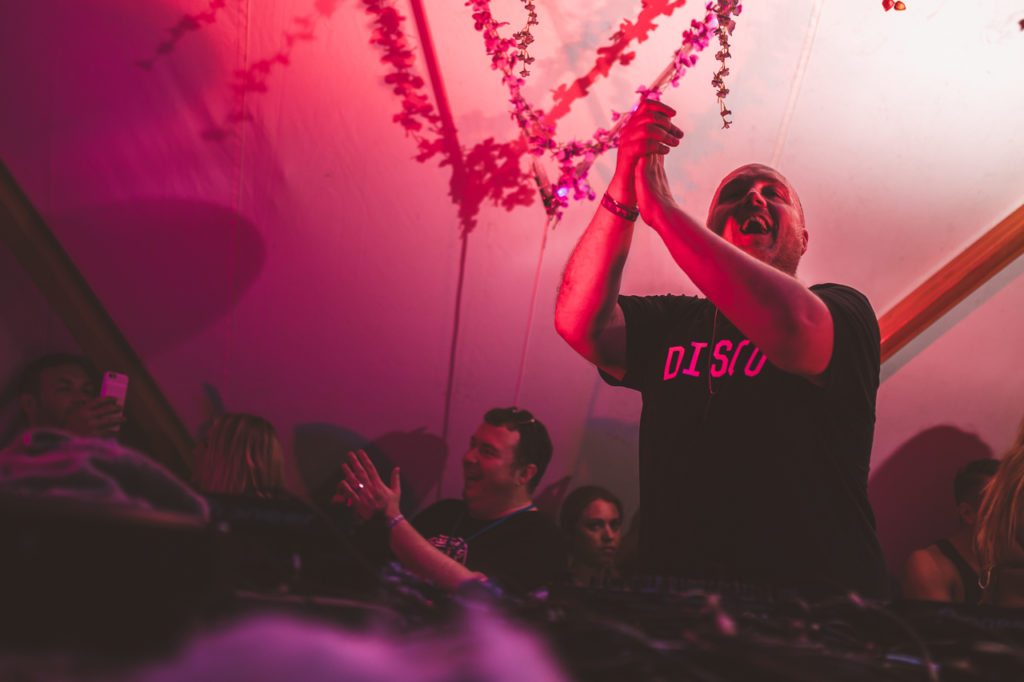 Anyway, enough with the food, on to the really important bit, the music and with Horse Meat Disco having their own disco dome and Crazy P and Studio 54′s Nicky Siano headlining the main stage, we were in for a disco-tinged day of decadence.

After my girlfriend and I had done a quick reccy around the festival, checking out all three areas – there was a third small set up, still with a Funktion One rig, at the opposite end of the festival where friends of Gala Festival such as Future Disco were spinning the good vibes – we headed over to check out Paradise Garage luminary Joey Llanos in the Horse Meat Disco tent. After some technical difficulties, he got proceedings going, in an already nearly full tent.

Although I was having a lovely time in the dome, we headed on over to the main stage to check out rising talent O’Flynn at the main stage. O’Flynn was playing quite an eclectic set, with some tribal tinged beats one minute and then dropping a ‘Freak Like Me’ style vocal track right from T.O.P. the next. Whatever was being served up, the small but appreciative crowd were feeling it and then I felt it – RAIN!

On my way to the festival I was all proud of my new bum bag, full of everything I needed for the day (including DJ stuff for a gig later) even saying to my GF that I was a ‘Festival Don’, but I didn’t feel too clever when it tore it down for a good half hour. ‘It’ll pass’ we say, as we squeeze under a small Red Bull drinks tent whilst marvelling at a guy in swimming trunks and vest dancing away to the Masters At Work classic ‘To Be In Love’ at the Gala Family Stage.

When the rain had eased up a bit we made our way back to the Horse Meat Disco dome to catch the San Fran quartet Honey Soundsystem whilst we dried out.

It was then back to the Main Stage to catch the legendary Nicky Siano of Studio 54 fame. The term legendary is bandied around too much these days, but Siano is most certainly deserving of the title. After he’d scoffed down some pizza, he opened his set with a rather morbid speech “You may have heard of Larry Levan? Well, he died. You may have heard of Frankie Knuckles? Well, he died. Last year David Mancuso, well he died and after all my drug taking in the 70s I’m surprised I’m the last man standing” a group of people we had befriended took the opening gambit in bad taste, but it didn’t seem like the ever increasing crowd took that much notice, as he cued up Love Sensation. 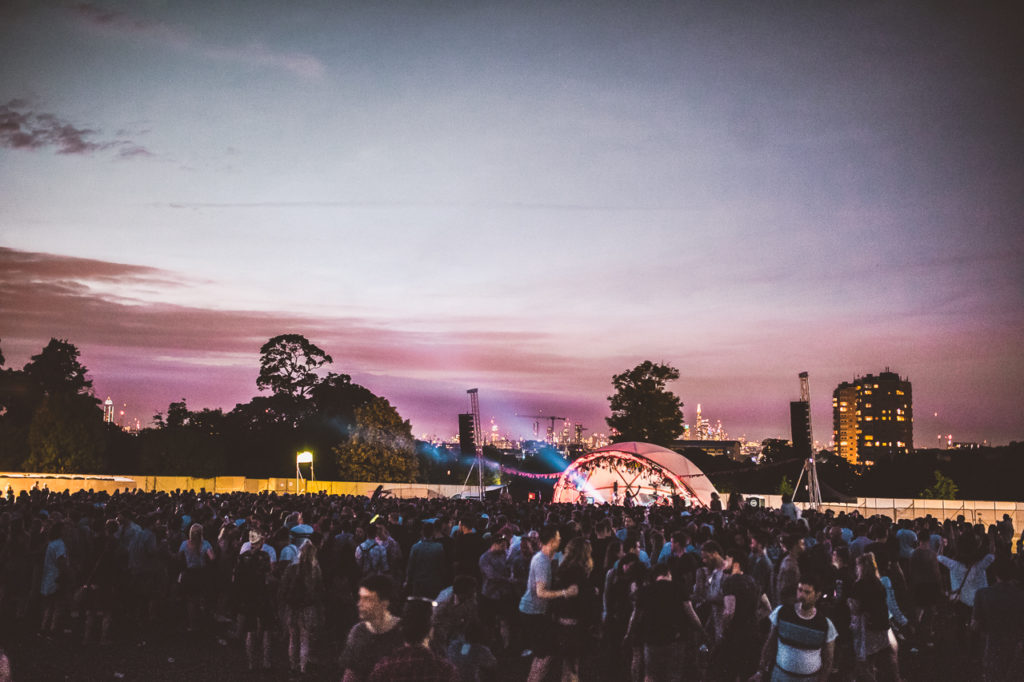 More technical difficulties occurred, this time plaguing Nicky with the sound engineer getting a vicious lashing over the mic, but again the crowd didn’t seem phased whilst smiling and dancing away as Siano worked his way through the disco hits. My favourite moment from his set was when he switched from disco into soulful house territory dropping DJ Oji & Una’s ‘Lift Our Hand’s At The Sanctuary’

Once Nicky had finished at the main stage, it was back to the dome ahead of a rare DJ set from Mood II Swing.

Lem Springsteen and John Ciafone aka Mood II Swing come from an era when you didn’t have to DJ when you produced music. Much like their peers Marc Kinchen and Todd Edwards, who too didn’t DJ initially, they have taken on the craft later in life, to put some food on the table. When I saw them getting ready to step up, they looked pensive and slightly awkward taking over from Severino from Horse Meat Disco, who conversely was having the time of his life with a BIG smile on his face.

Mood II Swing opened up with arguably their biggest track ‘Closer’ (arguably, as they also produced Ultra Nate’s huge hit ‘Free’ but if you look at the credits, they appear as remixers) whilst Lem Springsteen sang the chorus, my time at Gala Festival was, unfortunately, edging closer to its end. 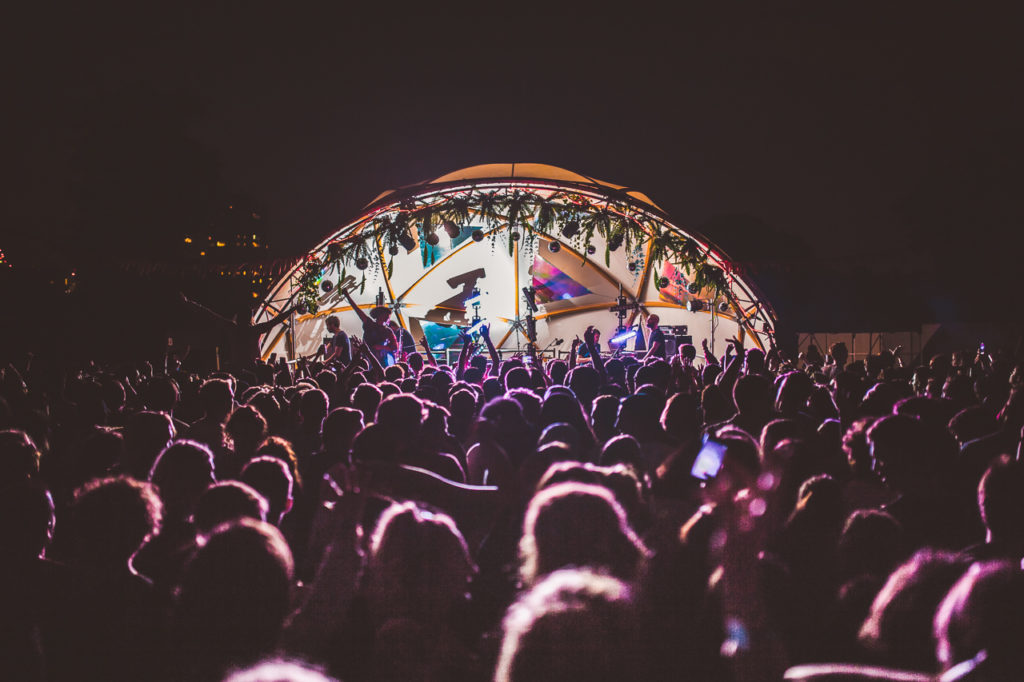 Gala Festival definitely appeared to right its wrongs from its inaugural event and proved a welcome addition to the boutique festival arena. The venue itself was a great spot perched atop Brockwell Park with views of the City skyline in the distance. Although I had thought initially that the crowd would be older, it was actually spread right across the board and more importantly, it was an extremely well-natured crowd. When it chucked it down, rather than people getting manic and pushing and shoving (as I’ve experienced at other festivals) people were making room for others and just laughing the rain off. If I were to nit-pick, I’d say that perhaps Gala could’ve benefitted from a definitive arena for new music, especially with Brixton and the surrounding areas being such a hotbed for forward thinking parties, but that is purely my opinion and not really a gripe.

Gala has shown that you can hold an event on the same day as another big festival if you carve out your niche and know your demographic.

5 Acts to watch out for at GALA Festival 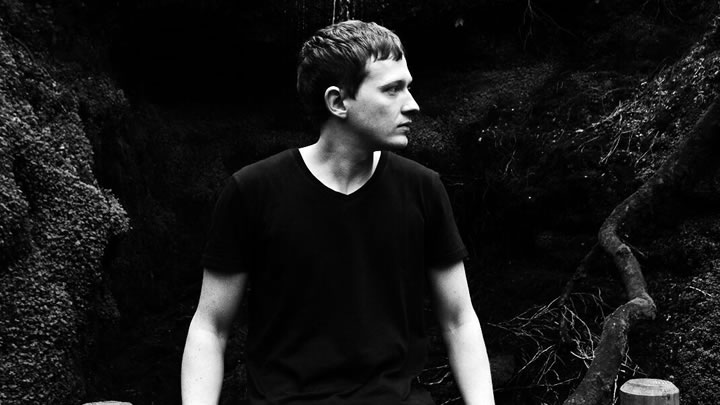