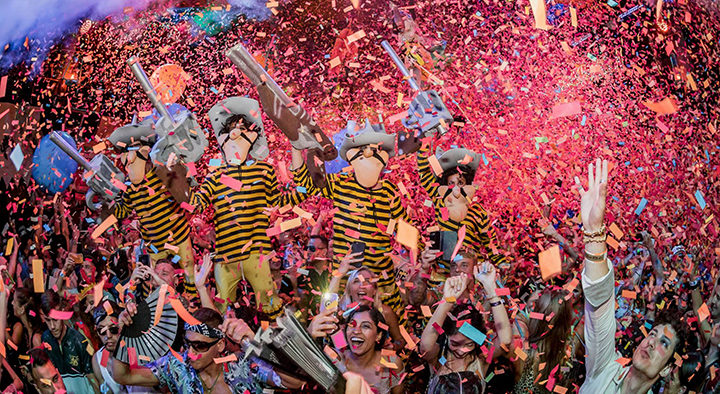 In years gone past a trip to the famous White Isle of Ibiza wouldn’t be complete without a trip to the mesmerising Es Vedra, catching the legendary Carl Cox at Space or even taking in the deep sounds at Sankeys. But in the last few years, an event born and raised out of Spain has taken the limelight. The weird and wonderful elrow is now the must do event in Ibiza. I had the privilege of attending their weekly night being held at the iconic Amnesia.

Our night began in the usual fashion, pre-drinks on the balcony, speakers blaring and people watching as partygoers head back from watching the sunset to being their nights out. We bravely decide on pre-drinks down the West End. This quickly turns into a glorified game of bulldog as we try and avoid the ever-present threat of PRs. We take it all in our stride though as we know the night ahead is going to be an unforgettable one. 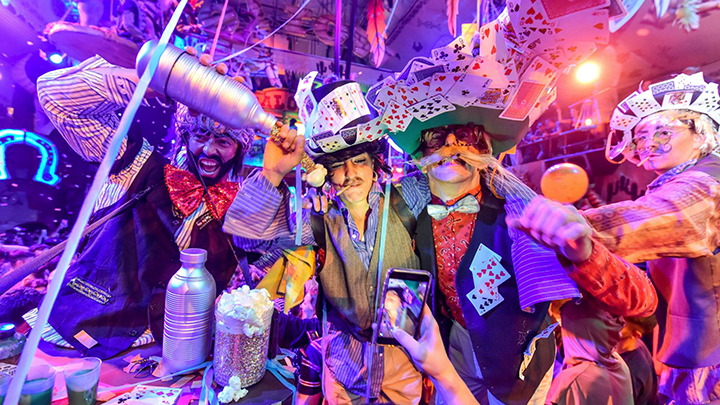 After a few dodgy cocktails, we take a stroll to the bus station. Now, I’ve been to Ibiza a few times. I’ve travelled these buses like a pro, but still to this day nothing ever prepares me for the crazy world of the Ibiza disco bus. We squeeze in, the doors close and everyone waits patiently. The driver, reminiscent of Otto from the Simpsons cranks up some thumping rock music and floors it out of the bus station. The entire bus begins to roar with a mix of laughter, excitement and nerves. The people standing are clinging on for dear life, some girls stand up and begin to embrace the moment and dance to the music, guys sing along as if they’re loyal fans. Unbelievably, this is just the tip of the iceberg for the insanity that will ensue.

We safely arrive at the home of elrow…Amnesia. Now into its 40th year, it’s a seasoned veteran of the island, having played host to some of the most iconic nights in years gone by and also some iconic movie moments. We swiftly move around to the security for a quick staredown and we head through the main doors. The organisers of elrow like to go for different themes, it would seem each week, using insane props, performers, costumes and just about everything else they can try. This week it’s their ‘Far West’ theme and the whole of Amnesia looks unrecognisable with the stage turned into a saloon bar and the bar becoming the ‘elrow City Bank’. 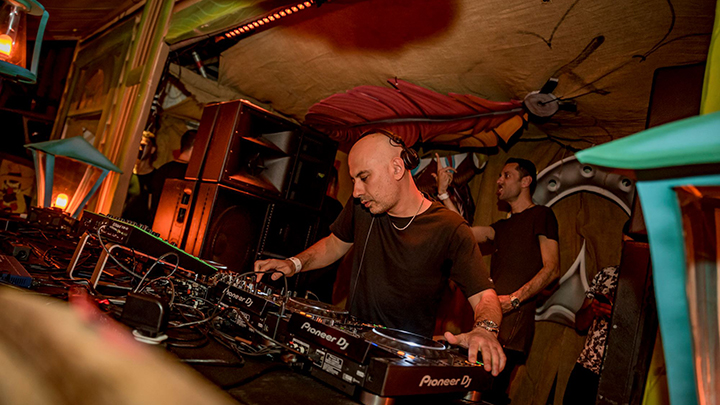 As we enter the club room we are greeted by Claptone dressed in a masquerade outfit. The German techno DJ is down to perform all night long and is already in full swing when we arrive. The place isn’t full yet, but as more partygoers poor through the doors, we make our way to the main room, eager to get a decent spot. We move through just in time to catch a regular throughout the summer for elrow this summer in Riva Starr. The main room is going off and you hardly know where to look next for another outrageous outfit or prop flying across the room. 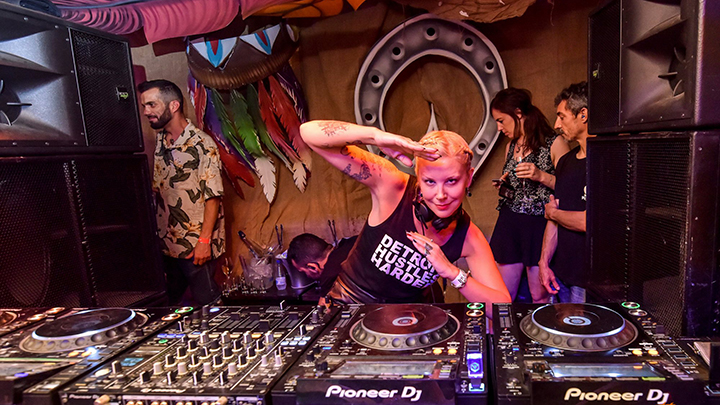 Amnesia has a reputation of being difficult to manoeuvre around once the night hits its peak. Tonight is no exception, but as the rooms fill the highlight of the night is when Heidi takes to the stage. She is on absolute fire, acrobats swing from the ceiling, streamers fill the room and a wide-eyed audience are left captivated. It’s a set worthy of this legendary stage. The night is concluded with Art Department and Tini Gessler taking the hardcore partiers into the early hours of the morning. We retreat back to the safety of our hotel in the hope of saving ourselves for more Ibiza antics. 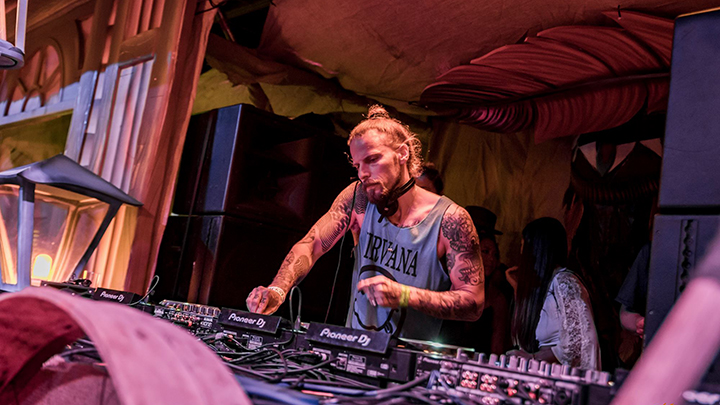 Once again elrow has not disappointed. It doesn’t surprise me in the slightest that this is becoming one of the biggest nights on the island. Now in its second year with Amnesia and going from strength to strength. It’s not as if the island needed a little more added crazy, but very few places could manage to pull it off as well as Ibiza does. I’d struggle to recommend a night that will have you talking about it for days after as much as elrow would. Whether it’s for the top DJ’s or just the show that’s put on. Amnesia too plays its part in the total transformation of each room. The organisers certainly have this one nailed. 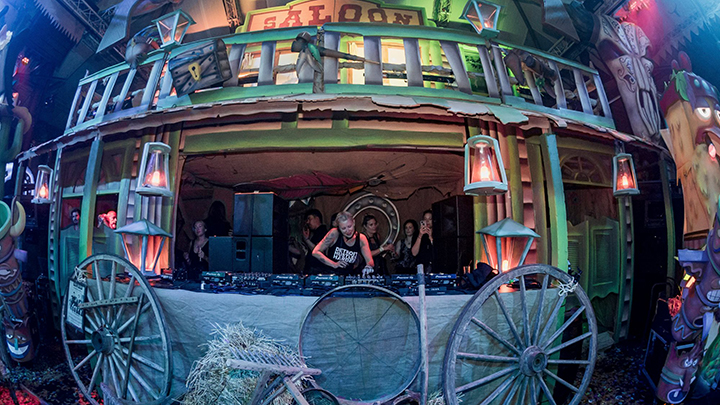