Who’s playing Glastonbury? Don’t know, but you’ll probably get a ticket anyway. It’s not often you’ll enlist trust in someone or something, so wholeheartedly, that you could take their word as gold. Like Stephen Fry. A new series of club nights has been penned in Manchester over the next four months and the statement attempting to be put forward is, that they’re akin to the Stephen Fry of nights out.

Uniting the Warehouse Project, Drop the Mustard, Chibuku, Metropolis, Now Wave, Kaluki, Sounds of the Near Future and Trof, Transmission is the handiwork of Liverpool and primarily Manchester-based promoters that utilises the beautifully Gothic and Baroque structure that is the Albert Hall. Originally built as a Methodist Central Hall in 1920, the Grade II listed building was given some tender loving care by the team behind Gorilla, Trof and The Deaf Institute and last year was granted a second birth; to shortly be known as one of Manchester’s finest establishments for live and DJ acts. Though last year put more of a focus behind live bands, Transmission will play the role of your mischievous older cousin leading you astray into night-time frolics that broad daylight would throw up in the face of.

So why has it been compared to Stephen Fry in this review? Well, it takes after its parents, using example of the Warehouse Project. After being in operation for several years it has stacked up such a reputation that means that even before line-up announcements, punters can rest assured that they’ll be gripping their debit cards and bracing the furious online battle to get tickets, upon release. It’s difficult to resist someone who finds you irresistible, so the aforementioned collection of promoters decided to give back to loyal visitors in the shape of Transmission.

Details of the alluring line-up will be given below, but first we must discuss Transmission’s launch night, inviting a grime, jungle, drum and bass and reggae producing set of artists to metaphorically perform the ribbon-cutting ceremony; Wookie, Mike Skinner, Toddla T, Shy FX and David Rodigan MBE (along with others).

It probably should have been advised that punters come equipped with a bottle of Lucozade because there are no breaks tonight. Wookie received a tremendous amount of audience participation through his own Battle which features Lain; a track whose soulful and infectious vocals laid atop a timeless garage beat caused a mass vibration of bodies. A typo away from the highly lovable, hairy humanoid species from Star Wars, Wookie earned his badges through providing supreme remixes for the likes of Destiny’s Child, Public Enemy and Nas and even over a decade after he hit prominence, didn’t fail to warm the crowd’s cockles.

Father of label Digital Soundboy and plenty of rhythmic jungle and drum and bass tracks, Shy FX picked up where Wookie left off with not a second to spare, delivering rapid, tightly pounding beats and is joined by Stamina MC (who shares a label with Shy FX), to an uproar from the audience, not least when he dropped Gorillaz’ knee-bending Clint Eastwood. His 2005 track Feelings almost turned the hall into a karaoke as Stamina MC’s vocal output was reflected by the audience’s “Yeah”s to match the track.

Just as the crowd stood uplifted by the immense visuals shot onto Albert Hall’s stage near its huge traditional organ, rich colours dispersed into their retinas and an act whose vibrancy can match this, Toddla T, sauntered on to takes to the decks. The Northern boy has been likened to Diplo with his solid reputation as a DJ seeing him land a regular spot on Radio 1 and evidence for such lofty comparisons were provided as he sent high-energy dub and grime numbers through the hall’s speakers. Though the acoustics of the venue mean this sound doesn’t always create full effect, the Sheffield-born producer kept the crowd constantly shifting.

Undoubtedly the biggest draw of the night, David Rodigan MBE launched himself onto the stage with a fervour backed with so much electricity he could have been mistaken as one of his fellow young whipper-snappers. Receiving the kind of cheer reserved for heroes, Rodigan dutifully delivered dub and reggae in the form of dancehall favourites and their newer counterparts, at one point giving the crowd Bob Marley’s Could You Be Loved. As Rodigan stormed and sprang about the stage, Randall was on mixing duties, looking onto a highly receptive crowd. This is a man whose commitment to broadcasting services saw him join the British Forces Broadcasting Service and of course honoured an MBE back in 2012, and it’s this absolute desire to share his passion for urban bass culture music that earns him the continual respect of listeners old and new; and they were here in force.

Full line-up for Transmission below.

El Dorado announce a return for 2022 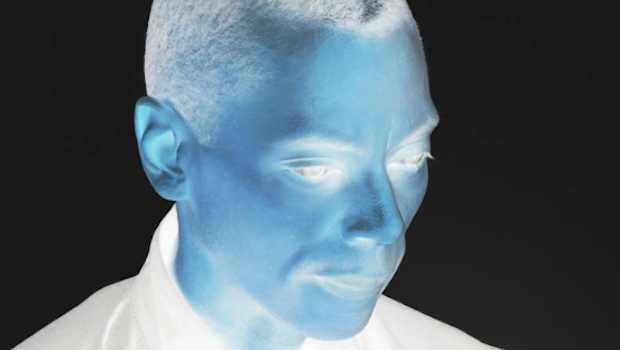