Sunfall Festival Top 5 Acts Not To Be Missed

July 9th will mark the inaugural Sunfall festival, a collaborative effort between the Columbo Group (XOYO, Electric Brixton, Phonox, The Nest), Dimension and Outlook festival. Having previously hosted the likes of Found series, Sunfall will take place at Brixton’s Brockwell Park. The organisers aim to provide partying from day to night and back again, with an ambitious, multi-genred music extravaganza featuring anything from nu-jazz to breakbeat. Here we take a look at the Top 5 acts not to be missed:

1. Moodymann
Moodymann is best be described as an enigma. Kenny Dixon Jnr.’s DJ alter ego is a persona, but one which goes against the grain. One which deflects attention instead of trying to absorb it. And he’s about as raw and as real as they come.  Though often described as Detroit House, the second-wave Motor City prodigy weaves a broad spectrum of electronic music – expect to hear everything from hip-hop to jazz, with a hefty dose of house & techno. His recent DJ-Kicks foray – a rare but welcomed commercial outing – stands as a testament to his diversity. Whilst his reputation as mixer and selector proceeds him, Moodymann is renowned for seldom giving interviews, and keeps an all-round low profile. Instead, he allows the music to do the talking. Throughout a career spanning three decades Dixon has achieved what few others have managed: successfully balancing anonymity and elusiveness, whilst never compromising his musical & creative integrity. A complete contrast to the centre-stage, superstar DJ of the modern era, Moodymann might well be the antidote and thrust of authenticity that the scene so often lacks. July 9th will mark a rare London appearance from Dixon and we strongly recommend not passing on the opportunity to see him in action.

2. Mind Against
The Italian-born, Berlin-based Fognini brothers are a formidable production/DJ duo. Brought to prominence by regular appearances at Richie Hawtin’s ENTER. party during its four year run at Space Ibiza, they have been wowing club & festival audiences alike ever since. Their sound is best described as the emotive, melodic techno synonymous with the Life + Death label. No surprises that this is also the label which they call home, and the label on which they have enjoyed the majority of their success. Frequent collaborations with label heads Tale Of Us, plus further releases on Pokerflat, Hotflush & Cocoon, has cemented their reputation. Now Alessandro & Federico look set to follow in the footsteps of their mentors and countrymen. Perhaps best known for their brooding 2014 smash ‘Avalon’, Mind Against will play the West Stage at Sunfall.

3. Jeremy Underground
While his back-to-back sets with Motor City Drum Ensemble are the stuff of legend, the Frenchman still represents somewhat of an unknown quantity among the UK dance music masses. Few can deliver disco selections as credible and obscure as Jeremy Underground. Hailing from Paris, a long-term advocate of the city’s underground scene, his record collection is as rich as it is broad. It would be easy to assume that a DJ of his persuasion would be that of an elitist vinyl-purist. Yet far from being a technophobe, Monsieur Fichon refuses to leave any stone unturned in a pursuit for a track with that je ne sais quoi! Whether that involves scouring dusty record stores on the Parisian outskirts or endless hours spent browsing myspace and YouTube, JU is the very defintion of a crate-digger. Expect soulful vocals and feelgood grooves when Jeremy Underground rolls in town.

As one of Berlin’s favourite sons, Ben Klock needs little introduction. It can be argued that nobody showcases the city’s refined, industrial sound as prominently as the Klockwork’s boss. Having now held down residency at the infamous Berghain institute for well over a decade, his most recent accolades include picking-up Essential Mix of the year in 2015 for BBC Radio 1. Indeed his 2012 fabric 66 mix is reverred among both peers & fans, and hasn’t dated some four years on. Famed for his lengthily sets, and with a production catalogue which focuses on quality over quantity, Klock is one of the more familiar names on the bill. He mere presence adds star power to the billing and guarantees surefire, mind-bending techno. It is fitting, given their involvement with Sunfall, that last year’s Dimensions festival was the scene of Klock’s much discussed closing set. A 2-min clip of which has been viewed several thousand times over. In a world full of uncertainties, Klock bringing his A-game to Brockwell Park is about as safe a bet as they come.‎

5. Jamie xx
It is perhaps the obvious choice, but the list would not be complete without Mainstage headliner Jamie xx. Even by his own high standards, it’s been a colossal 12-months for the ‘Loud Places’ producer. His assault on the charts even prompted xx bandmate Romy to describe his solo breakout as a “Beyonce moment”. Truly an artist who refuses to be pigeon-holed, this is most evident on his 2015 Mercury-nominated debut album ‘In Colour’. Released on Young Turks to both critical & commercial acclaim, the album brims with eclecticism. ‘In Colour’ boasts several crossover hits, including ‘Gosh’ & ‘Good Times’, and seamlessly fuses piano-laden electronica with ragga-soul vocals. Sunfall attendees should expect an equally diverse set on July 9th. With Nic Fanciulli recently remixing ‘Seesaw’, now repackaged as a peak-time dancefloor stomper, the spectacle will be by no means a mellow affair. Those who won’t get their fill of Jamie at Brockwell Park, or those concerned about set-clashes, can rest easy in the knowledge that Jamie Smith will continue the journey afterdark at Elephant & Castle’s Coronet Theatre. Alongside a stellar support cast including Hunee & Job Jobse, Jamie & Friends is one of no less than eight official afterparties from which to choose.

Tags:
Previous Article
Ibiza government cancels tINI’s beach parties for 2016
Next Article
Sonny Fodera is “Over This” with Shannon Saunders 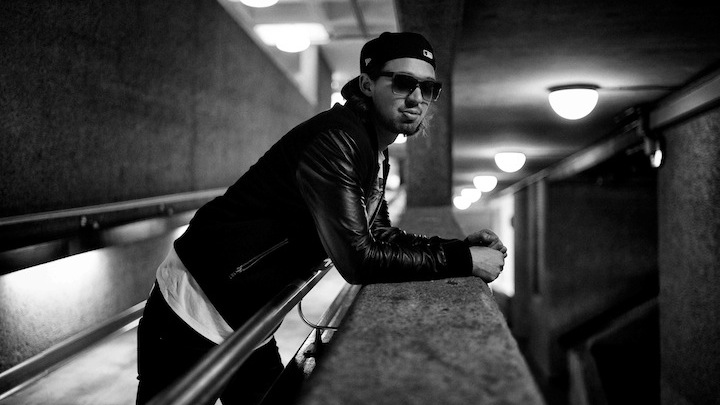 Sonny Fodera is “Over This” with Shannon Saunders
Grahame Farmer June 20, 2016