Now in its 11th year, the misty and magical town of Mayrhofen exploded into life once again as the madness that is Snowbombing descended into town bringing the biggest musical acts and best revellers from around the world.

This year acts like The Prodigy, Fatboy Slim, Jamie Jones, The Martinez Brothers, Andy C, Skepta, Hot Since 82, Doorly, Hannah Wants, Kerri Chandler, Jackmaster, Black Coffee, Idris Elba and Craig David all made their way to Mayrhofen for what was an incredible week.

The Racket Club which is a huge arena with amazing sound and lights production played host to one of the best sets of the week. The Martinez brothers and Jamie Jones went B2B playing some incredible house that had the room rocking. Lasers tore through the crowd and smoke billowed from the stage as the 3 DJs showcased a selection of tunes that would have the masses at DC10 dancing all day and night.

Snowbombing would not be the same without the nightly pilgrimage to the Bruck’N Stadl. Half club/half kebab shop it is most peoples idea of heaven but with Bicep and Marcel Dettmann on after on the decks it truly was. Dancing till the early ours they treated the Snowbombing faithful to a wonderful array of classic and cutting edge dance tracks.

Getting up to the slopes was even easier this year as we were treated to the new multi million pound lifts making get up and down even more smoother. Aside from the snow and the hours of fun to be had tearing down it, you could also pop into The Mountain stage or Rompa’s Reggae Shack for some après ski action and great tunes to keep you going till proceedings kicked off in the evening again.

Hollywood star and everyone’s favourite Hackney boy Idris Elba was there to get things going in the Racket Club with a mix of deep house and techno. Many people are still surprised by the actors djing talents but none could deny his ability to rhythmical lead a crowd with his track and beat selection.

This then lead onto another musical master class by Shy FX. Playing track after track and hit after hit, he hyped up the crowd and once again demonstrated why he has had such a long and fruitful career.

Next on stage was grime heavyweight Skepta. Playing hit tunes like ‘Shut down’ and ‘That’s not me’ had the crowd bouncing and singing along to every word. Commanding the stage and spotlight, many would find it hard to follow him but not Craig David. Having risen like a phoenix and captured the hearts of the nation once Craig David played his classic hits singing along to every word with the crowd.

He even mixed a few unexpected songs in like ‘Murder she wrote’ by Chaka Demus & Pliers, ‘Shake your Tambourine’ by Eve and a few Justin Beiber songs that I refuse to find out the name of before finishing off with more of his classic tunes. Speaking with many people at the festival Craig David was one of their highlights and I would have to agree. Welcome back Craig.

On our final night we made our way to the Forest party. As the heavens had opened and rain descended down the crowd waited patiently for The Prodigy to tear Snowbombing a new one. Frantic, pulsating, energetic and uncompromising they did what we have come to expect and own the stage and those watching. Playing songs we know and love, they stuck their proverbial middle finger up to the nights sky and blew the rain out of the forest.

Another institution that is Fatboy Slim was left to close the Racket Club. You forget the songs he has in his Arsenal and he used them perfectly over his set. The stage lit bright in luminous yellow, hands were in the air, giant yellow balls bounced across the crowds. It was a fun and crowd pleasing performance.

Finally we made our way to the Bruck’N Stadl for one last dance and master class. This time it was at the hands of Anja Schneider who kept the bar thumping till 7am and lights up. Playing some amazing techno that would have felt at home in Berghain, the German DJ had every person in the palm of her hands bringing beats on joy and drops of wonder. Nobody wanted the set to end. Anja didn’t want the set to end but sadly all good things must.

That heralded the end of another year of mayhem and madness. Snowbombing has become one of the most anticipated and entertaining festivals in the calendar. Till next year magical, misty and magnificent Mayrhofen. 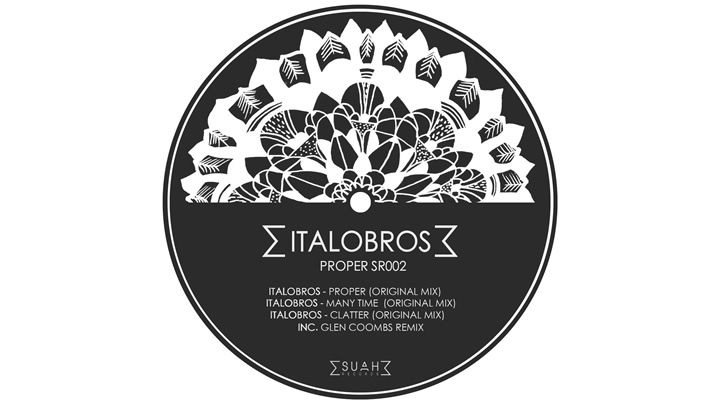