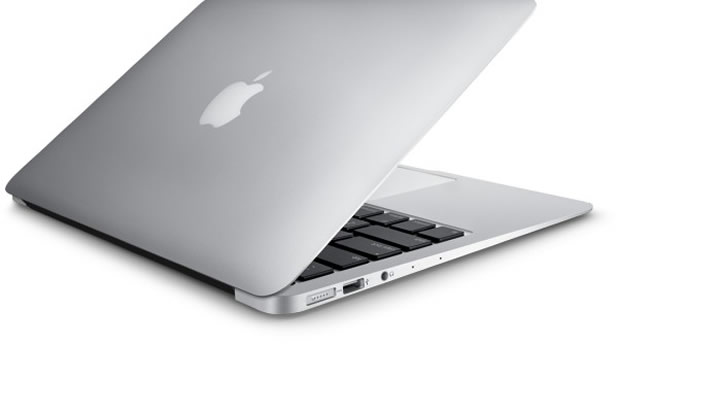 When it comes to music production most people’s first thought would be to grab MacBook Pro over a Windows based laptop. However, for the price of a powerful MacBook Pro you can get a Windows based laptop that offers far more in the features department. It comes as no surprise that the latest MacBook Pro was met with disappointment, as it has had its share of issues and the lack of everyday ports is a massive inconvenience. So, now might be a good time to look at a powerful Windows alternative to run your favourite audio based software.

Some sound engineers and producers have said that they prefer to work on a MacBook Pro as Mac OS never crashes. This is simply not the case, I have seen Pro Tools crash top spec Macs more than a dozen times last year alone. This includes in a studio running the pricy Avid S6 console and a Mac Pro. Regardless of the two operating systems, most of the popular audio and recording software’s have been released for both platforms. So continue reading for our selection of five great alternatives to the MacBook Pro. 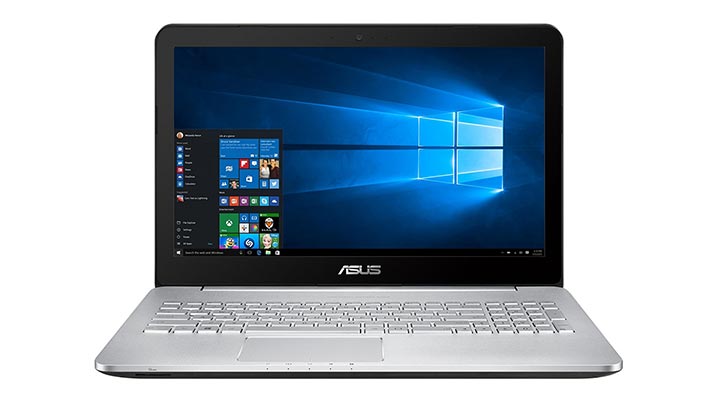 We know that spending over £1000 on a laptop can be a bit much for some users, so we have a great laptop that offers powerful hardware for an attractive price. The ASUS VivoBook N552VX-FY304T fits our criteria as it boasts a powerful Intel Core i5-6300HQ processor and 12GB of RAM. This i5 processor scores slightly higher than the one used in the latest MacBook Pro and offers four cores compared to the MacBook’s two cores. To ensure that you can boot into Windows and launch all of your software in seconds, ASUS have fitted this laptop with a 128GB SSD. However, 128GB is tiny for today’s standards and this drive is not meant for storing all of your sessions. For that ASUS have also fitted a 1TB HDD which will offer you ample storage space. You get a great selection of ports which include a superfast USB 3.1 Type-C port. Now ASUS promises great audio from the tuned speakers, however most of you will probably use a set of good studio monitors or a decent pair of headphones while working. But it is nice to know that you can listen to your tracks while on the go, or from the comfort of your sofa. 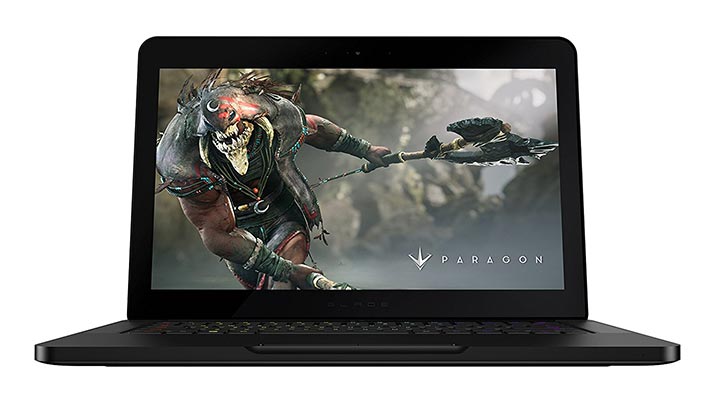 Razer are well known in the gaming world, but few people actually know that they have made a push into the world of audio with Razer Music. Granted they do mainly work with FL Studio, however their Blade laptops will easily run Pro Tool, Cubase or Abelton Live. The Razer Blade RZ09-01952E72-R3U1 is one of Razer’s latest offerings and boasts powerful specs for a slightly lower price as it comes with a Full-HD display instead of a QHD touchscreen display. Other than the display, you still get the same powerful Intel Core i7-6700HQ processor and 16GB of DDR4 RAM. You also get an NVIDIA GeForce GTX 1060 graphics card that will allow you to play any current game while you take a break from working on a track. You also get a superfast 512GB SSD which will allow you to launch your software and sessions faster than traditional hard drives. However, with only 512GB of storage space, you might want to get your trusty old external hard drive out to extend this laptops storage space. The two front facing speakers have been vastly improved from the earlier models and you get decent sound from this thin laptop. However, for music production sessions you will still want to use a good set of studio monitors or high-end headphones. 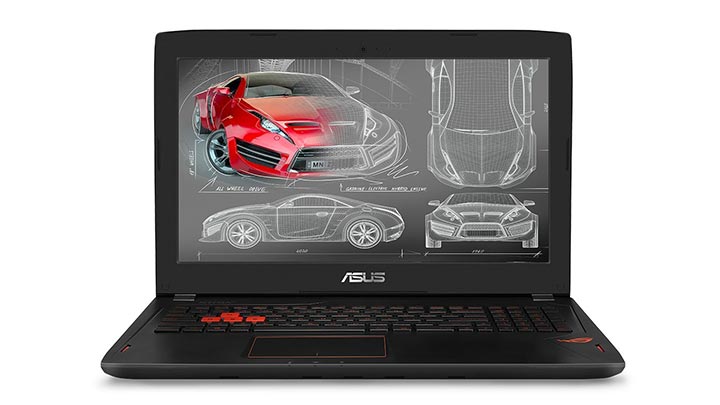 The ASUS ROG Strix GL502VM-DB71 is another powerful high-end gaming laptop that will offer you a great platform to create tracks on. It too boasts the Intel Core i7-6700HQ processor and 16GB of DDR4 RAM, making it more than capable of running your favourite audio software. Much like the cheaper ASUS in our selection, you get a 1TB mechanical hard drive to store all of your sessions on and a superfast SSD to install your software on and to run your Windows off of. However, unlike the cheaper ASUS laptop, you get double the storage space with 256GB. You also get the latest NVIDIA graphics, as this ROG features the GTX 1060 which offers great performance for gaming. If you also want to edit videos, then the GTX 1060 will come in handy when you are rendering those music videos. The port selection is great, you get three USB 3.0 which allows you to plug in you MPC or Push and a keyboard and mouse. The single USB 3.1 Type-C port supports Thunderbolt, which is great when migrating from Apple. Like most ASUS ROG laptops, the speakers are quite good, however there is limited base and it has been designed more for mid-tones. Once again you should be using good studio monitors or a good pair of headphones when producing music. 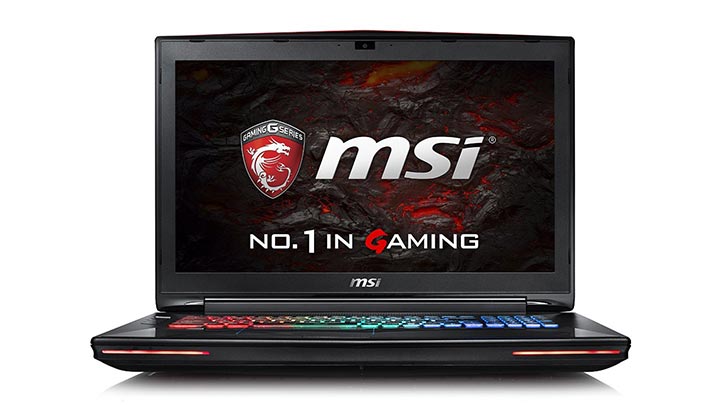 MSI is another big name in the gaming scene, so as expected you get powerful hardware for all of your music production needs. The GT72VR 6RD-037 Dominator 037UK offers a larger 17.3-inch display than our previous laptops. This will make things easier when you are working in a session and you are only using your laptop. You get the same tried and tested Intel Core i7-6700HQ and 16GB of DDR4 RAM, meaning you will have the power to run any of the big audio software packages. Like the ROG Strix, you get ample storage space thanks to the 1TB HDD and a superfast 256GB SSD for your Windows and software packages. If you intend on doing a bit of gaming, the GT72VR 6RD-037 Dominator 037UK features an NVIDIA GeForce GTX 1060 which will handle any current game on the market. The audio is pretty good as on top of the stereo speakers you also get a 5w woofer which will help with the lower frequencies a bit. 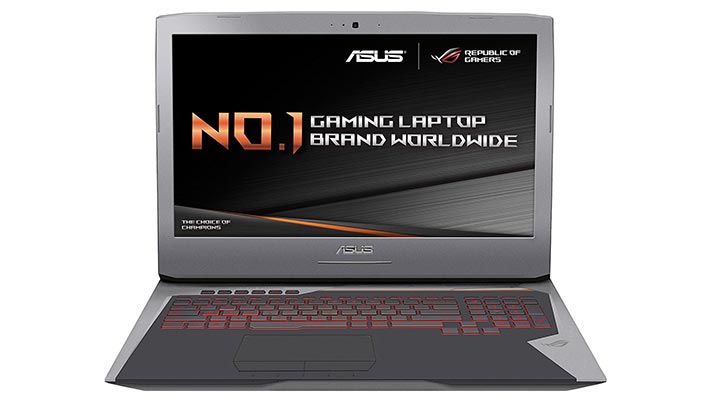 The ASUS ROG G752VY-T7049T is the most powerful of the laptops in our selection, however it is still cheaper than the top of the line MacBook Pros. Instead of the Intel Core i7-6700HQ processor you get a more powerful Intel Core i7-6820HQ processoxr, which is nice to have. You also get a mammoth 32GB of DDR4 RAM, which will mean that you will have more than enough memory to run all of your software without any issues. You get a 1TB HDD to store all of your sessions, however unlike the others in our list, you get a larger 512GB SSD for your Windows, audio software and for your games. The ASUS ROG G752VY-T7049T features the previous generation NVIDIA graphics, however the GeForce GTX 980M is still extremely powerful for video editing and gaming. You get a great selection of ports and the ASUS ROG G752VY-T7049T’s USB 3.1 Type-C port supports Thunderbolt which is great if you are migrating from a Mac. The speakers offer good sound due to the thicker size of the laptop, however you do not really get the heavy base that you would expect. Like always, the key is to use good studio monitors or a good pair of studio headphones while you work.

No matter if you intend on using Abelton Live, Pro Tools, Cubase or FL Studio, all of these laptops will run these software packages just fine. Some offer better audio than others, however when producing music you might not want to rely on the laptop’s speakers and rather use something designed for the job. So if you are not an Apple fan or the new MacBook Pro has left you disappointed then these laptops are all great choices for producing music on. 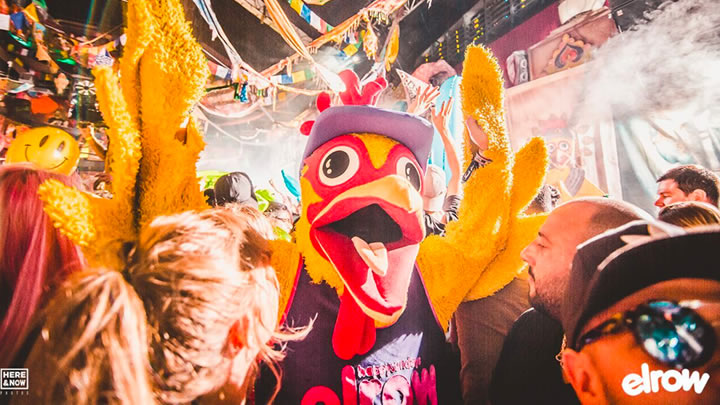