I tuned into Chaim back in 2007 when he worked with Guy Gerber and produced some killer tracks for the excellent Supplement Facts label, but Chaim has gone on to release on such luminary labels as Rebirth BPitch Control, Rumors, Supplement Facts, Visionquest, Saved and Cocoon.

His sound is techno-disco, funky and organic, not harsh and digital but round and soft like it’s come out of a big Neve mixing desk and recorded to tape.

Somehow you know that something special might happen when you have a meeting of left-of-field minds such as Chaim and Disco Halal‘s owner Moscoman who’s really on form at the moment.

‘Your Mulana‘ is a driving slab of funky, rhythmic house music, full of soul and oddness. There are quirky chants, off-kilter synth riffs set to the backbone of a bouncy repetitive bassline. There is cool, unusual percussion, shuffley shakers and some simple, yet brilliant melody. What a solid and attention-grabbing track ‘Your Mulana‘ is really unlike anything out there.

The real surprise on this release is the Trikk Numero Fim Dub which is a loud and proud interpretation, fleshing out the (already excellent) elements and laying them bare in this masterclass remix that showcases all the right sounds and adds only what is necessary. The way the melody builds is spell-binding, the arpeggios, the soaring pads, the melancholy chant and the big bass stabs. The drums sound almost live, and the whole thing just jumps out the speakers at you like a North African Spaghetti Western.

‘Ventilator Feat. Roei D’ takes things a little faster and more club oriented, but retains that organic funk that makes the Chaim sound. However this is not your traditional club sound, ‘Ventilator’ is a journey, like traveling through the desert by train and watching a crazy ethnic landscape unfolding as you pass. I have no idea what that instrument is but it sounds Moroccan perhaps. It’s encapsulating and set to a syncopated beat makes a really interesting soundscape.

This release is all about ‘Your Mulana’ and it’s wonderful organic sound. The original is fabulous and the remix improves on that. Miss this, you guessed it, at your peril. 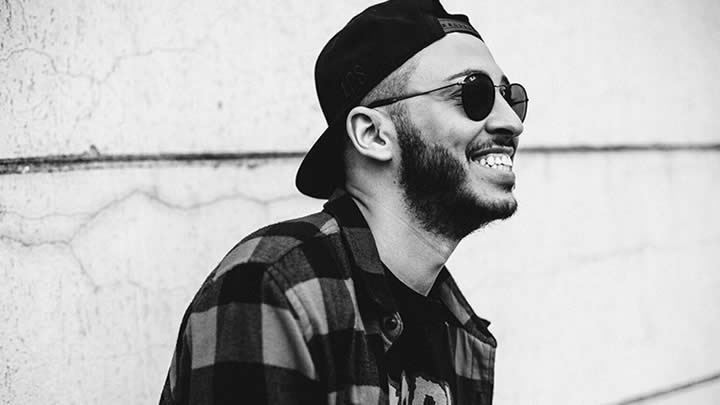