As label manager & A&R at 3am Recordings, Al Bradley has been involved with house music (either on the dancefloor or behind the decks) since the late 1980s, kicking things off with visits to The Hacienda in his hometown of Manchester in 1989 & moving through the amazing northern club scene over the following years. As such, DJ influences range from Graeme Park, Tom Wainwright, Sasha, Ralph Lawson, Miles Hollway & Elliot Eastwick, James Holroyd, David Morales, Slam, Harri & Domenic Cappello to name just a handful.

3am recordings has had regular and loyal support from DJs from across the globe, making 3am Recordings one of the most consistent deep/tech house labels in the UK. In addition to running a label, producing & remixing, Al also hosts the 3am Recordings Radio Show on pioneerdjradio.com and also is co-host of a monthly show, Deadbeat Disco, which is syndicated to numerous sites & stations worldwide.

We are super excited by this weeks podcast as it contains to exclusive “data transmission remixes” which Al made especially for this mix, we hope you enjoy it as much as we do!

Sum up this podcast in 10 words…
Deep joyous vinyl slabs of wax delight (and two exclusives…….)

What’s your personal favourite track on it?
Probably the Fit Siegel ‘Carmine’ track, just because it’s so unique & atmospheric, plus gives a wicked break between the housey business. Also the two exclusives we’ve done for DT just for this mix are pretty tasty, if I do say so myself.

What’s the special ingredient in this mix?
A cuppa & a bourbon while recording it haha. Aside from that, just love for the music!

What’s the best gig you’ve played recently?
Definitely NYE for the Nowhere guys in Leicester – it was the last gig I did with Carlo Gambino before he moved to Oz (after a decade of DJing with him), so it was emotional! Plus the night itself is an absolute cracker at a wicked venue, Sub8Ten.

What have you got coming up?
I’m playing at repeat in Berlin this coming Saturday 25th with Michael Lovatt, which is the third 3am party there in under 18 months (so am happy with that!)! The vinyl has come back for the next release which is my own 12″ called Night Owl, featuring remixes from Goshawk, Michael Scott & fourfourfour & is the 89th release on the label & comes out on April 3rd.

And finally, do you have a special message for our readers?
Don’t build walls, tear them down…..

Ceri releases on 3AM Recordings with ‘Acid Jam’
Grahame Farmer May 14, 2018

Ceri releases on 3AM Recordings with ‘Acid Jam’ 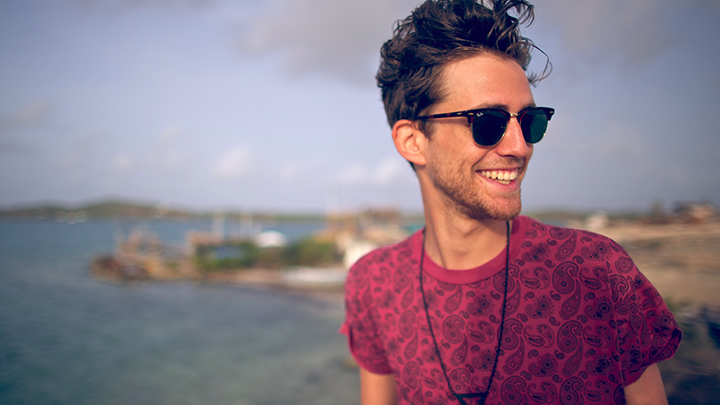