Latmun, the moniker of Joe Bradley is making his mark through his own interpretation of the House and Tech House soundscape. Both his DJ sets and his own productions have a coherent energy, an infectious groove being the key component causing the crowd to remain captivated, something he has picked up from many sunrises caught in the clubs of Ibiza, and time spent during the early hours in London. His ability to mix eclectically is rooted from many years of DJing and holding down residencies around the midlands, namely the stalwart nightlife institution Stealth Nightclub in Nottingham.

Proving he knows how to work a dancefloor, rising star he makes his debut on Hot Creations (grab a copy here) with the mighty Footsteps, featuring vocalist Amy Douglas. In equal measure, Piquant delivers on the B-side with a dub also on offer. A certified tech house bomb, Footsteps is full fire from of the off. New York based vocalist, Amy Douglas, brings extra heat, adding a distinct intensity in the build up. With a current track out on Soul Clap Records and an upcoming EP with Juan MacLean as part of their Peach Melba project, Amy is one to keep an eye on. One the flip Piquant offers another peak time killer for the dancefloor.

Latmun is an all round lover of music, the rest can be denoted by virtue of listening and experiencing what he brings to the dance-floor for yourself. Today, we are excited to announce that he joins our Podcast series for the first time, so strap in 60mins of greatness!

Sum up this podcast in 10 words…
The podcast is groovy and rolling, building the energy from being restrained at the start into euphoric energy and peaks as it progresses, so make sure to listen to the whole hour to experience the journey!

What’s your personal favourite track on it?
I really love the mood that Bohemien – Something Jazz Creates, its a little bit dark and atmospheric so you get goosebumps, but it still keeps the energy high.

What’s the special ingredient in this mix?
The main fundamental base to my live sets and mixes is the groove, I keep it super groovy throughout so its impossible to stop dancing and then build the energy up throughout the duration. I make sure to include tracks with lots of different moods to keep it interesting, and alternative between tracks that include vocals and those that dont.

What’s the best gig you’ve played recently?
I am very privileged to have played lots of amazing gigs recently! I have two to note, CRSSD festival in San Diego was amazing, looking onto onto a sea of colourfully dressed energetic people backdropped with palm trees and blue sky!
Another one that was amazing was Wonderland Festival at ADE last weekend. I love ADE, its probably one of my favourite events of the year, the only one where you can end up at a party with people you have met in all corners of the globe! I was in a taxi to a party at one point with friends of mine from Australia, New York, Belgium and the UK all who didn’t know each other until that meeting haha.. only at ADE! The parties are all amazing with the best crowds, production and vibes.

What have you got coming up?
Coming up I have lots of exciting gigs! Im off on a Hot Creations South / North America Tour soon with Nathan Barato including Columbia, Mexico and Orlando. I have Paradise Warehouse Project in November which I also can’t wait for! There a lots of other UK shows including Circus / Abode in Liverpool and an VIVa Warriors show with Steve which is to be announced soon.. And then in December I’m back off to Australia for a tour there, finishing off in Bali before heading home for Christmas.

And finally, do you have a special message for our readers?
Seen as its near to the end of the year its appropriate to thank everyone who has given be such amazing support over the course of it, I’ve managed to meet so many of you one a one to one basis at afterparties / in crowds as well and I’ve had so much fun with you all! I can’t wait to give you new music next year and make more memories.

Iglesias & Latmun team up on ‘Rockin’ Ep via Solä 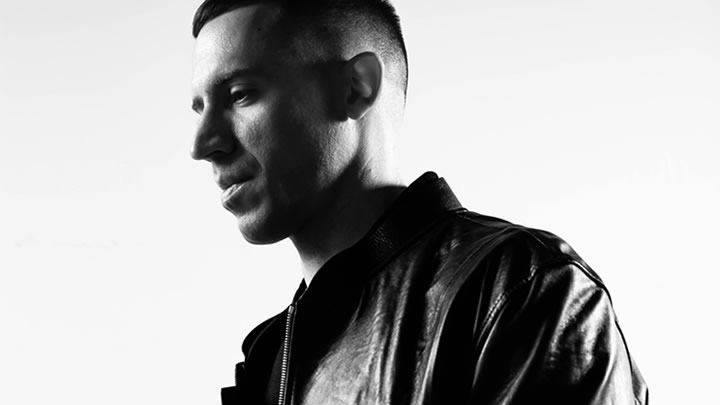