Rewind to any era in pop cultural history and Brighton is sat there in the footnotes unapologetically waggling its sticks of rock in your face. Pink Floyd debuted ‘Dark Side’ in the city’s famous Dome. ABBA smashed Eurovision with ‘Waterloo’ in the same venue just two years later. Punk bubbled up from the tomb-filled Vaults. Acid house fizzed through the walls of The Zap. Every era, any era… From the infamous mods and rockers seafront beef of ‘64 to Fatboy Slim’s legendary Big Beach Boutique parties throughout the 2000s, the famous English town has changed more lives musically than most UK seafronts put together.

Lives like Ryan Hurley’s. A man known to you or I as Kideko, at age 12 he was reluctantly dragged to Fatboy’s third Big Beach Boutique by his mum. A pop punk fan more into sneaking a bash on his uncle’s drumkit than cutting shapes to kick-ass 4/4s, he had no idea what impact the gig would have on him and his outlook on music. A dancefloor convert anointed on the pebbles right then, right there: he made it his mission to know what is what. 10 years later Fatboy is inviting Kideko and his mate George Kwali to his house for tea and joining him in the booth at one of Ibiza’s most prestigious clubs, Amnesia.

In 2017 two of the most momentous Kideko cuts so far have dropped: ‘Dum Dum’ is his most uplifting, infectious track to date. His second high-profile single on Ministry Of Sound, its Latin-blooded pianos, African percussion, samba vocals and latent sense of funk have soundtracked the summer from the airwaves to the al frescos. This new instrumental follows his Rinse-released ‘Burning Up’ with Friend Within, a staple set-peaking bass jacker for all discerning gully connoisseurs that’s also playlisted at Radio 1.

The second Annie Mac-approved Hottest Record In The World in less than a year, ‘Dum Dum’ taps into both the party-minded aesthetic of Southern Fried (another Brighton institution) and Kideko’s deepest influences. The Paul Johnson records he’d hear at family BBQs, the videos he’d see of Basement Jaxx monkeying around on MTV, the Arman Van Helden records on the radio. The dominant sound of house jacking throughout his 2000s upbringing had just as much influence as Brighton’s creatively encouraging stomping ground… ‘Dum Dum’ brings us all up to speed on everything that makes Kideko tick. Where he lives, what he loves, where he’s at, where he’s been and where he wants to go.

Make no mistake: Kideko’s journey is only just beginning. And if he’s accomplished all this within three years as an active artist, just imagine where he’ll be in the future.

Sum up this podcast in 10 words…
Some tracks I like to mix together when I DJ. That’s 10, right?

What’s your personal favourite track on it?
My favourite track in this mix at the moment is Deja Vu by Sllash & Doppe, it’s got a summery feeling and always gets a good reaction.

What’s the special ingredient in this mix?
I’m not sure if there’s a ‘Special Ingredient’, I’ve chosen tracks that I like playing when I play out. I always try not to stick go one style when I DJ, although it’s mostly house I like to switch up the vibe throughout.

What’s the best gig you’ve played recently?
I played a gig in Lithuania recently, I got to the festival and the tent I was playing in hadn’t opened yet so I was a bit worried that I might end up playing to nobody. I started playing and people came rushing in, mostly because the MainStage had shut at this point but it ended up being so much fun. The energy levels were unreal and everyone was ready to have a good time, there’s no better feeling than seeing people react and have fun to music you’re playing.

What have you got coming up?
I’ve currently got a track out called ‘Dum Dum’ which I have included in the mix, I am also working on a new EP. I’m playing at Creamfields, Reading & Leeds this month and a bunch of other UK shows so if you’re about come and say hi!

And finally, do you have a special message for our readers?
Thank you for listening and reading, I hope you enjoyed the mix!

George Kwali steps up for debut on Solotoko

George Kwali debuts on Realm with ‘Need You’ EP 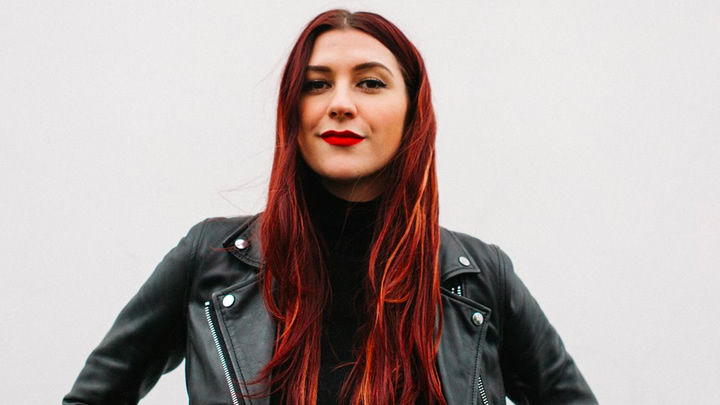