The Rampage crew are a legendary sound system from London England, with a rich and varied career in music and broadcasting that is extensive and impressive. In the Urban world they have literally “Done Everything” Tour DJs for Kanye in London, Nas in Cardiff, Wyclef in Miami, Jay-Z in Scotland, Usher in London, etc. Legendary urban club nights such as SW1 in Victoria, commonly known as one of the best black music club nights to ever take place in the West end of London.

A catalogue of productions, remixes, releases, and compilation albums spanning 20 years of UK music. The largest static sound system at the Notting Hill Carnival, with over 15 thousand people at any one time has featured performances from Sean Paul, Swizz Beats, Tinie Tempah, Mark Ronson, Buju Banton, Ryan Leslie, Ms Dynamite, Lloyd, Wiley, etc 15 years as broadcasters with the BBC with event coverage, documentaries, live broadcasts, match reporting, music punditry and daytime radio. Known as the first DJs to “Multi genre” mix and also the first to perfect muti deck mixing in particular on “Live radio”. Rampage have done gigs as far a field as Kenya, Hungary, Dubai, Abu Dhabi, Miami, Atlanta, Cyprus, Ibiza, and all over the U.K. They have the longest running RnB club night in Ayia Napa Cyprus at 13 Years, Rampage continue to do what they do.

They join our podcast today with a special mix ahead of playing for Toddla T’s Spring Carnival on 14th April for more info head here.

Sum up this podcast in 10 words…
A typical Rampage set, Party Vibes all in the mix

What’s your personal favourite track on it?
From the new school tracks I’m loving the Ghetts Ft Shakka record at the moment it sounds so fresh and unlike anything else around, old skool wise Confetti Records’ ‘Set Me Free’ brings back a lot of good memories

What’s the special ingredient in this mix?
It’s just a mix of different styles of black music from the past 20 odd years, from the latest bangers from Giggs, Ghetts, Kojo Funds etc to underground UKG classics, no special ingredient just bare TUNAGE 😉

What’s the best gig you’ve played recently?
We have a bit of a soft spot for Bristol, we do a bi-monthly at Lakota with our partners Shabba Parties, the vibes are always wicked and you can really mix up the styles and the crowd are up for it – everything from basement and Hip Hop to hardcore jungle gets them hype. Everytime we play up there theres a stage invasion LOL

What have you got coming up?
Lots of bookings as usual, really looking forward to Toddla’s event, it’s such a great line up of sound systems that are all coming from different sides of the scene, the big one for us is out 25th Anniversary at Building 6 in the o2 , we’ve got some big special guests from the US and also some of our friends from here who’ve graced our stage at Carnival over the years etc…

And finally, do you have a special message for our readers?
Make sure you come down on 14th April, it’s gonna be a MAD night, loads of special guest performances , great Djs, a wicked sound system and a great venue.. 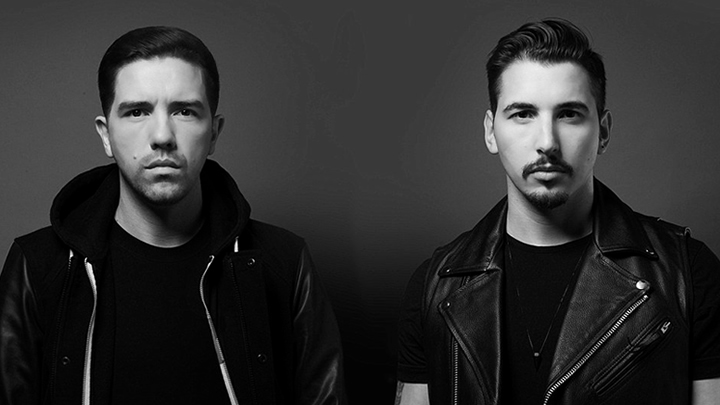